New World Bank Country Director to Bangladesh and Bhutan Abdoulaye Seck on Tuesday highly lauded the economic development of Bangladesh over the years and thus termed the country as a true global champion on various fronts.

He explained that Bangladesh was a true champion on various fronts like attaining GDP growth, reducing the poverty rate, women’s empowerment and adapting to climate change.

The newly appointed World Bank country director said this when he made a courtesy call on Finance Minister AHM Mustafa Kamal at his secretariat office, said a press release.

Seck opined that the economic capacity of Bangladesh is much better compared to other countries in Asia. 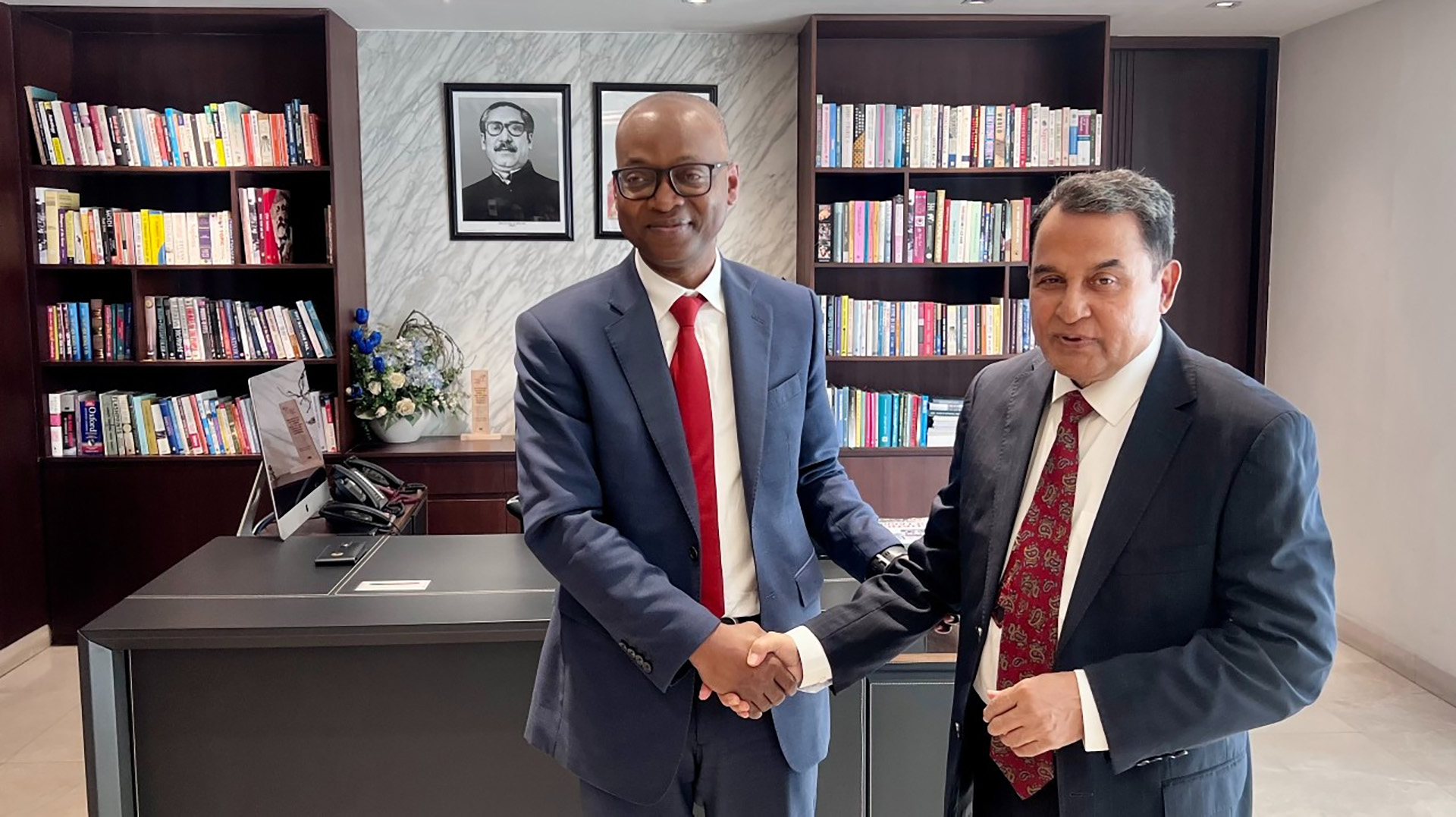 Terming the World Bank as one of the important development partners of Bangladesh, the finance minister said that there are many important sectors where the World Bank could work in Bangladesh like in river ways and river-based economy.

Citing youths as one of the major tools for the economy, he said that Washington-based lending agency could take special measures for this youth force.

Kamal said despite the hard challenges of the global economy, the size of the country’s GDP has increased a lot while the Canadian online-based agency Visual Capitalist has placed Bangladesh as the 35th largest economy of the world based on the data of the International Monetary Fund (IMF).

The Finance Minister mentioned that US President Joe Biden also praised the economic growth of Bangladesh.

Besides, they also discussed the progress in probable funding for the “Beautification of Dhaka” project to ensure the navigability of rivers around the city and thus enhance the aesthetics of the capital.