The miracle in the Delta: Bangladeshi scientist who discovered Bengal Water Machine

Recently, an article on the “Bengal Water Machine” was published in the prestigious journal, Science. The findings suggest that farmers in Bangladesh are unknowingly recharging underground water storage. What does this mean for a country facing the worst of the climate crisis and who is the man behind it? The Business Standard finds out

In 2007, Mohammad Shamsudduha, while working on groundwater dynamics with his supervisor Richard Taylor, discovered something that defied conventional beliefs.

They found that the pumping up of groundwater by Bangladesh’s farmers led to a massive storage capture of underground reservoirs rivalling the storage capacity of the world’s large dams. Their study further stated that pumping groundwater could possibly help replenish aquifers.

These findings are tantamount to a watershed.

For years, the prevailing understanding has been that groundwater depletion is a development disaster. But here was a decade-long research finding which flew in the face of existing logic.

Dubbed the Bengal Water Machine (BWM), Shamshudduha and his team further found that groundwater harvested for farming over the past 10-20 years was not depleting at the same rate in different regions, taking variables into account.

This was when they began to think about water recharge. Groundwater depletion, long-term water-level declines caused by sustained groundwater pumping, has often been an issue stoking fears in the delta for decades. But an anomaly in the water recharge threw up some questions, answers to which could solve a pressing problem. 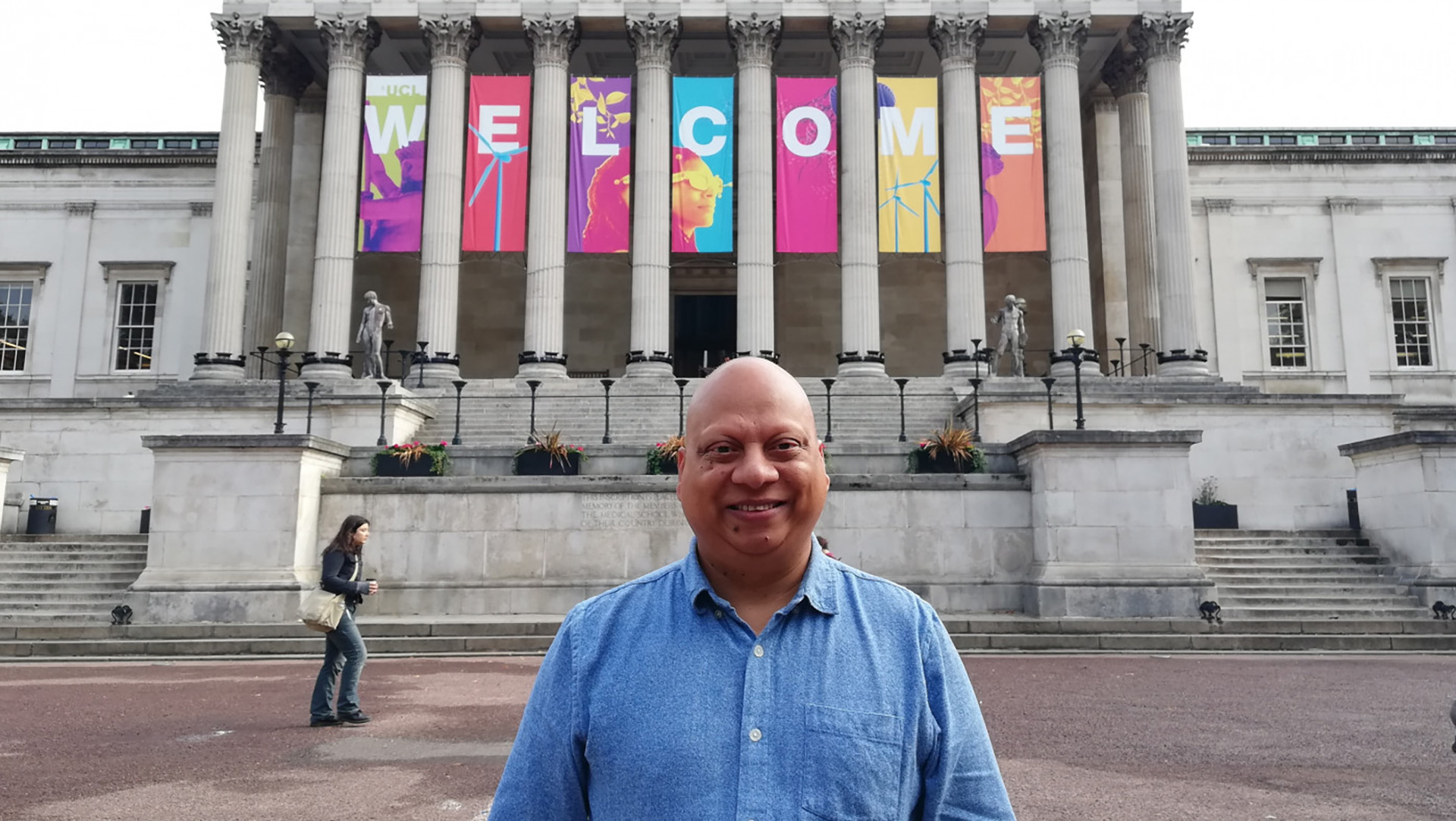 Water recharge naturally occurs during the monsoon season. It then starts to fall till the end of the dry season. But the duo discovered that the subsequent recharge was higher than expected.

What was behind this additional research?

Their data gathered over the years in the north, east, west or central regions helped them realise that the phenomenon occurs cyclically, and the Boro season (winter) plays a critical role.

During this dry period, when farmers draw water from the underground using pumps, additional voids are created in the soil. By irrigating crops in the dry season, the farmers create space in the water table, helping them capture more of the rainy monsoon season and amplifying the subsequent rate of replenishment.

Although the phenomenon is not observed at the same rate everywhere, it will force researchers to rethink how they view groundwater use, especially shallow water.

The latest study builds on the foundations laid by researchers R Revelle and V Lakshminarayana in 1975 but expands on the earlier hypothesis. 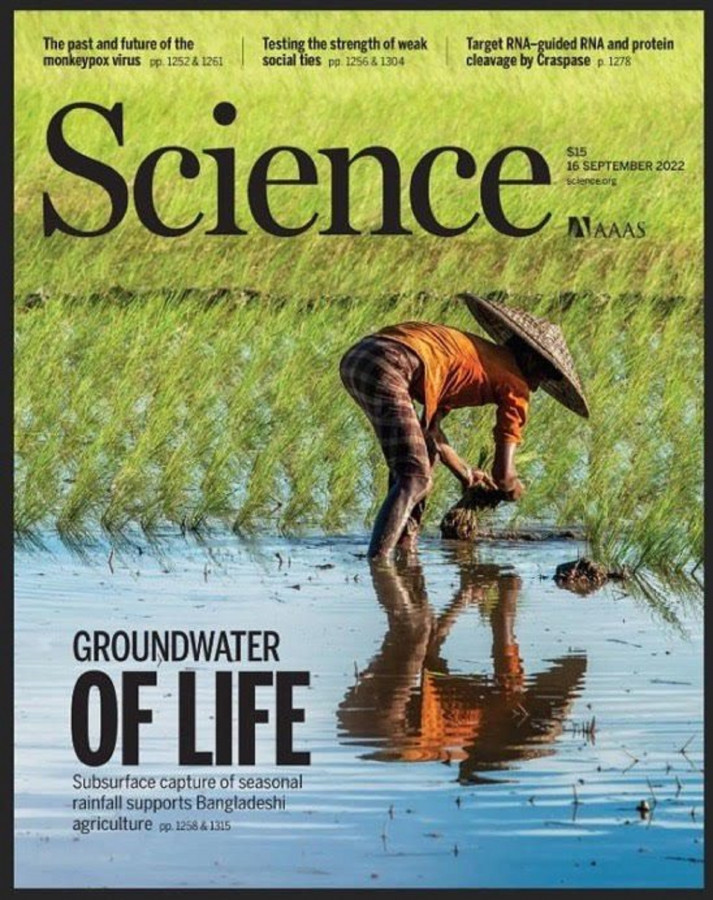 Mohammad Shamsudduha and his team’s Bengal Water Machine appeared on the cover of the renowned ‘Science’ journal’s September issue.

On the contentious nature of his findings, Shamsudduhua, speaking to The Business Standard, addressed the inevitable question of contradictions.

“No. The Bengal Water Machine does not challenge the idea of ​​depleting groundwater storage. It is generally true that the water level is falling.

But if you observe carefully, you will see that the water level has gone down only in the dry season but this trend is not seen in the monsoon. It is understood that the recharge of water has increased with time.”

He, however, said this did not happen everywhere in the country.

“Of the 465 borehole records we studied, 153 (35%) had increased increments of recharge, meaning the Bengal Water Machine worked. In the rest, the degree of change was different. I was even horrified to see some borehole records because the storage of water in those places is almost zero,” Shamsudduha said.

Regardless of the debate kicked up, the study has now firmly found a place in the history books. And to think it all started when Shamshudda was working on his PhD on “Ground Water Dynamics and Arsenic Mobilisation in Bangladesh” with a scholarship from the University College London.

He completed his PhD in 2011. A selected part of his research paper was published in the prestigious Hydrogeology Journal of the International Association of Hydrologists.

Although his paper did not contain the words “Bengal Water Machine,” the idea behind it was elaborated. It could not be built further as Shamsudduha did not have enough data (minimum of three decades worth of it) to be conclusive in his findings.

A knock, an opportunity

A student of geology, Mohammad Shamsudduha’s interest in groundwater did not develop until completing his post-graduation. The opportunity came when a group of scientists from America’s Columbia University came to Araihazaar in Narayanganj to do some research on arsenic.

As luck would have it, Shamsudduha was chosen and he worked with the team, learning how to take water samples, measure water levels in boreholes and much more. 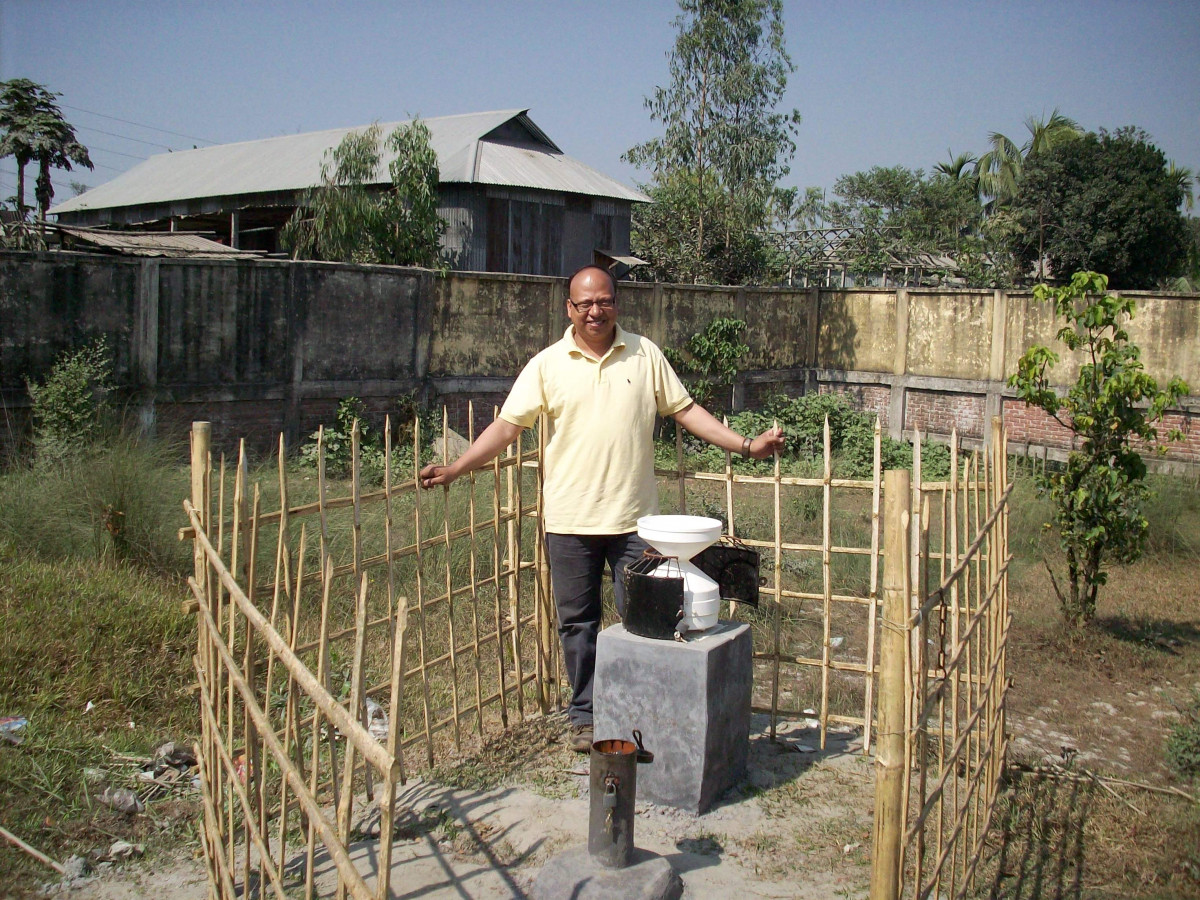 Professor Matin was struck by Shamsudduha’s interest and sincerity in groundwater research and decided to include him as a field hydrogeologist in his team.

For more than two decades since then, Shamsudduha has been working with groundwater, sometimes in London, sometimes in Africa and then even back at home.

Shamsudduha, a Kishoreganj resident, who even got a gold medal for scoring the best result in the entire district, had come to Dhaka to study at the IBA.

Then, convinced by a senior of field visits that geology students experienced, Shamsudduha shifted fields. He spent years conducting field visits in Jaflong, Tamabil, Sitakunda and other places.

He soon graduated with first-class honours.

A satellite image of the Ganges Basin was Shamsudduha’s first exposure to studies related to water, but it wasn’t until the team from Columbia arrived that he really dove in.

Decades in the making

The making of the paper for the Bengal Water Machine, which took ten years to put together, is a story in itself.

Speaking to The Business Standard over the phone, the scientist said there was still much work to do. “Initially, we had data up to 2007. The entire country was yet to come under our study. We needed to know how much water farmers recharge, ie extra recharge due to pumping.

In 2014, Sara Nowreen came to UCL from BUET to do her PhD. She continued to work with Richard and me on groundwater levels and recharge processes in Bangladesh,” he said.

In 2016, they began collecting data from the Bangladesh Water Development Board, finally giving shape to their time series.

More people joined the team, including Professor Matin, who had monitored groundwater levels in the Barind region.

Covid-19 proved to break the team’s momentum, but then they started working with the data already collected. 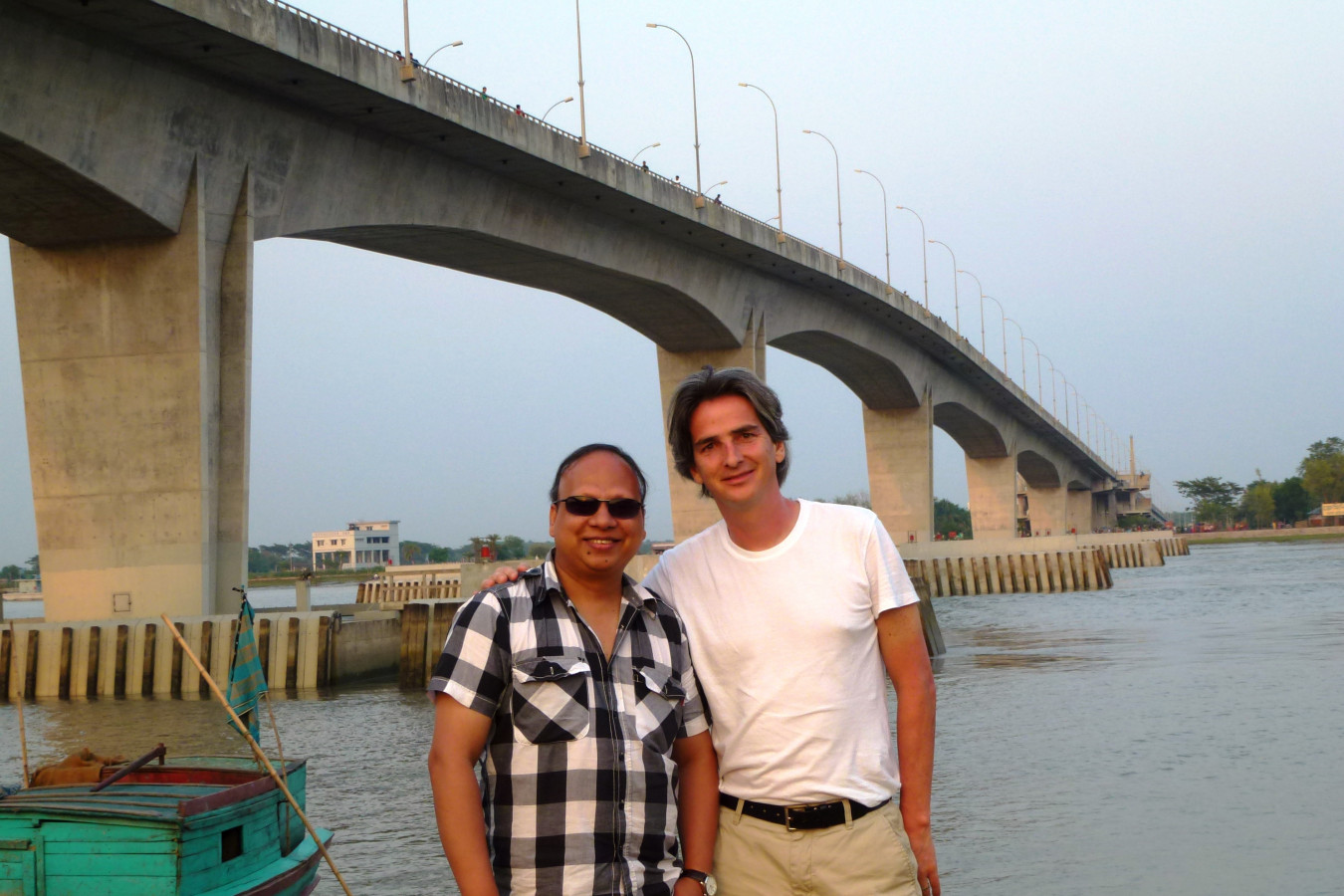 “When we were satisfied with our paper, we submitted it to the Science journal in September 2021. When a research paper is submitted, the magazine authority sends it to the expert team for review. It takes six months.

After all the checks, the magazine authority accepted our research paper in July. And it was published online on 15 September and in print on 16 September,” said Shamsudduha.

He said the Bengal Water Machine had worked well in North Bengal – Dinajpur, Rangpur and Rajshahi – while the central region had also done well.

Dhaka, however, was an outlier due to the sticky soil. The same was seen in Sylhet, Cox’s Bazar, Noakhali, Bhola and greater Barisal regions as the soil in those areas were muddy and boro cultivation was not done in many places.

Could the credit of the BWM be then given to the farmers?

“Actually, they use pumps when necessary. It is not that they are knowingly storing underground water, but because they have pumped water out, more gaps have been created and extra recharge has also taken place. So credit goes to them, and the government too,” he said.

Until the 1990s, irrigation was done using only deep tube wells. After the ban on the use of diesel-run pump engines was lifted, its use increased manifold, affecting the phenomenon.

“Climate, geology and irrigation schemes have been maintaining a harmonious balance in places where the Bengal Water Machine has been operating for two to three decades.

But we have noticed that there are places where the water machine has worked for a few years and then the water level has dropped in both the monsoon and dry seasons. This indicates a number of things—such as insufficient water accumulation on the surface, insufficient infiltration of water through gaps after the monsoon has passed, new conditions in agricultural areas or changes in climatic conditions.

“Therefore, some research projects need to be undertaken by specifying some areas. Then it will be possible to identify regional factors and find ways to maintain this cycle for a long time to come.”

A call from across the seas

Shamshudduha, who lives with his family in Brighton, had traversed quite a path to get to where he currently is.

He went to Australia in 2003 to do his second master’s degree on scholarship. He started studying at the University of Technology Sydney (UTS) in New South Wales, choosing Hydrogeology and Groundwater Management.

After returning to the country in 2004, Shams, as he is called by his family, worked as a hydrogeologist in a coal mine for more than a year.

Then the call came from Auburn University in America. There, a Bangladeshi professor asked him to participate in a PhD programme. Unfortunately, it didn’t pan out and Shams opted to complete his master’s again, this time switching to geology again.

While staying in America till 2007, he continued to apply to various universities for his PhD, and finally, he secured a full scholarship in 2011.

After completing his PhD, Shams joined UCL’s Institute for Risk and Disaster Reduction (IRDR) as a research associate focusing on ways to supply arsenic-free and sustainable groundwater in Bangladesh. William Burgess, Professor of Earth Sciences at UCL, led the research.

He then taught climate change modules to postgraduate students as a teaching fellow in UCL’s Department of Geography. Later, he became a research associate on health and food security in water-borne disasters in the IRDR department.

Shams was involved in research work for about seven-and-a-half years, during which he travelled to Africa. He then applied to the Geography Department of the University of Sussex, where he was appointed as a lecturer.

After teaching there for two years, he moved to UCL in 2021, where he is the associate professor at the Institute for Risk and Disaster Reduction.

But Shams knows that his work is far from done.

On needing more research on the BWM, Shams said, “So far, we have found where the water machines are working. We also got to know how much extra water has been recharged over the last 30 years. It is also known that its level of effectiveness is different from place to place.

These results raise new questions about groundwater storage in the context of climate change and land use diversity. In the future, we need to know what factors increase the effectiveness of water machines and what limits them. The type and quantity of rainfall should also be studied and the quality of groundwater should also be known.”

Urging for policy formulation, he said, “Now it will be easier to mark places, meaning wherever the water machine works, there is no need to impose restrictions. And where it does not, necessary projects should be undertaken to increase the storage of groundwater or to prevent the water table from going down.