The man who turns waste into wealth

From 2011, Habibur Rahman Jewel successfully ran his export business of polyethylene terephthalate (PET) bottle flakes – plastic bottles shredded into small fragments. His business of recycling plastic was going smoothly until the Chinese government announced a ban on importing PET waste flakes from Bangladesh in July 2017, on grounds of environmental pollution.

Jewel, the CEO of Moonlight PET flakes and PET strap industry, became perplexed hearing the announcement as Bangladesh exported 99% of PET waste flakes to China, and so did his factory. It meant his factory would shut down and 100 of his workers would become jobless.

He realised at the moment how an announcement could kill an entire industry in the blink of an eye. Luckily, the Chinese government gave those in the business six months to complete running orders and close deals. Jewel decided to utilise the time and build another potential market from scratch.

He was not ready to let his years-long hard work go in vain.

While completing the orders from China, he contacted buyers from India, visited them, and sent samples. That was the beginning, and a market was opened in India. Simultaneously, a few more companies showed interest in starting business with Bangladesh. 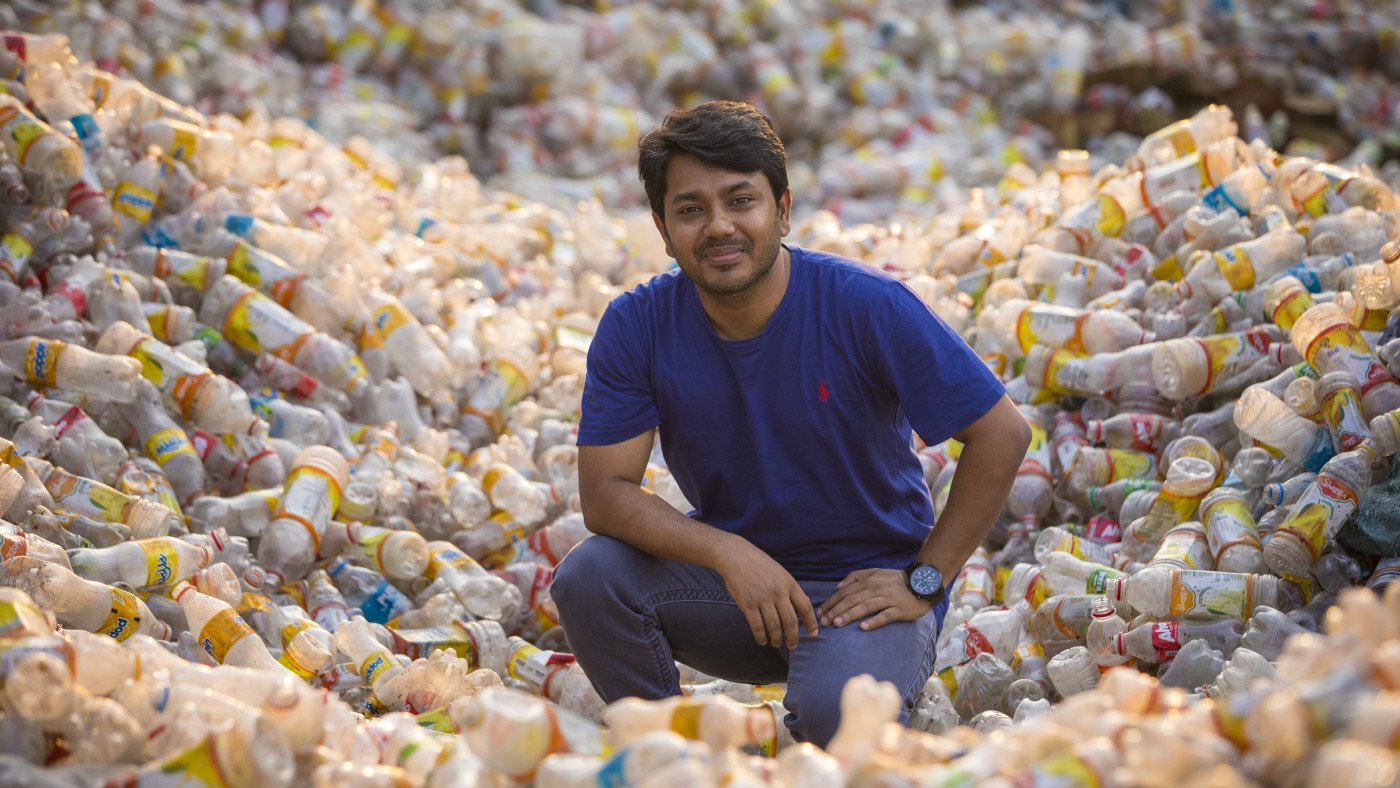 PET waste flakes are used to produce clothing, polyester sheets, carpet, containers for food and beverage bottles. But PET straps are used for heavy loads that require a high tension for a long period of time during handling, transport and storage.

“So, when my Chinese friend explained and proposed that I produce PET straps, I agreed and we started working together,” shared Jewel, while explaining how he expanded his business.

He bought PET strap-making machinery, set up his factory, hired a few Chinese engineers, and started his new venture. Since then, his work has never stopped. Recently, he opened another factory. Per month, around 1,000 metric tonnes of PET waste flakes and 600 metric tonnes of PET strap are produced in his factories, where 200 workers are employed. From this venture, his yearly turnover is approximately 40 crore takas.

Within a year, India also banned PET waste flakes, but Jewel had already headed to Vietnam. After this, he invited other PET waste flakes exporters to join the market and expand this industry.

“In 2017, I realised depending on one market is not a sustainable way of doing business. Hence, I focused on expanding my business and exported both PET waste flakes and straps to India, Saudi Arabia, Italy, Canada, Vietnam and China,” said the CEO.

But coming this far and frequently changing business plans was not easy. Jewel had to face a lot of criticism for starting a business with plastic wastes.

“Who works with plastic waste when you have a degree from Dhaka University? People thought I was crazy when they saw me working with scrap dealers and pushing vans full of waste,” stated Jewel.

After starting the business, he set up the factory in Vatara, Badda, thinking it would be easier to collect waste. But there was no actual difference as neither the restaurants nor the scrap dealers were comfortable working with him as he was only 24 and way too young to be considered a businessman. 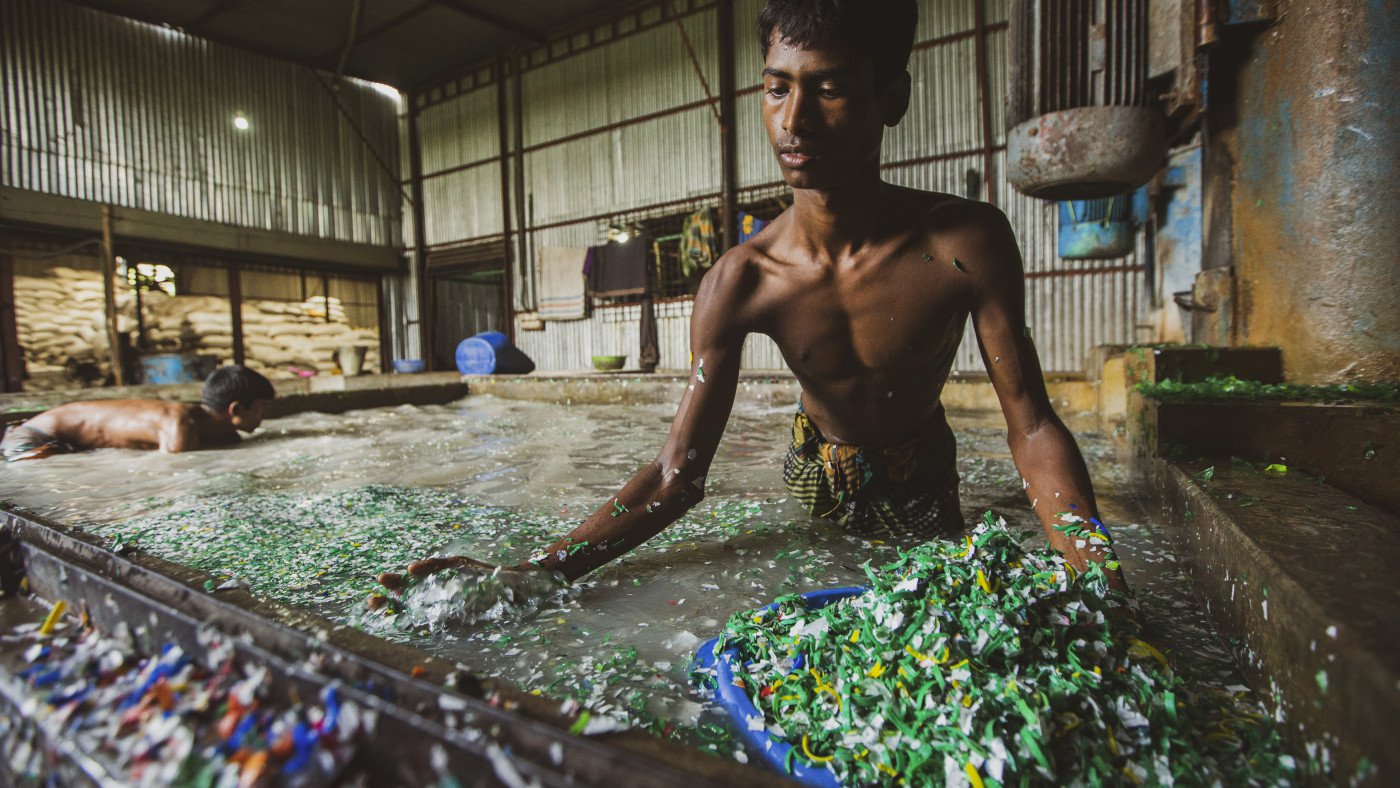 “But I was undeterred and kept on working. As my communication skills were good, I overcame this in no time and they became comfortable working with me.

Though Jewel is exporting waste and turning them into wealth, he is worried about people abandoning plastic waste everywhere.

“Tossing out empty water or juice bottles is a common practice in Bangladesh. You will find plastic bottles everywhere. When I started working, I got introduced to its negative impact on the environment and tried my best to recycle plastic. Lately, it has become my passion, so I tried many experiments. Sadly, I still cannot figure out how to recycle single-use plastic (SUP), polythene bags and different sachets,” he shared.

To reduce this junk, he thinks the government should strictly ban all types of sachets along with SUP. Jewel has been in this industry for a decade now, and he believes PET waste flakes are a sustainable business idea as the international market demand is huge.

Jewel is trying his best to locally expand a market for recycled plastics, but it is not a job that can be done alone. He expects the government will give him a hand too.

“I plan to take recycled plastics to a different level by making showpieces and other exciting things. This industry is like an ocean. So, there are many things here to invest in, but we need government support to work on those. The government should allocate some budget and land for this recycling industry. If the government invests now, I believe it will be the next export industry after garments,” concluded Jewel.