Melbourne raised chef determinedly celebrates Bangladeshi cuisine on arguably the most popular food related TV show “MasterChef Australia”. It’s as if she wants to show the world the beauty of our food, the complexity of our cuisine, her heritage and the legacies she wants to pass on to the next generation.

Kishwar Chowdhury, a popular name by now both in Bangladesh and Australia, began her journey on Season 13 of the popular reality show with a simple thought — wanting to write a cookbook for her children so that they are more accustomed to their heritage”. That very notion, however small it may have been, brought her to where she is today — the top 12 of an extremely competitive, and globally recognised cooking show, all because her dreams were spirited and resilient.

To know more about the home cook turned overnight TV sensation, Star Lifestyle held a rendezvous with Kishwar. Even amidst a pact schedule, she was open to speaking about food and her love for the Bangladeshi cuisine, proving for the umpteenth time her deep passion towards traditions and the culinary world. 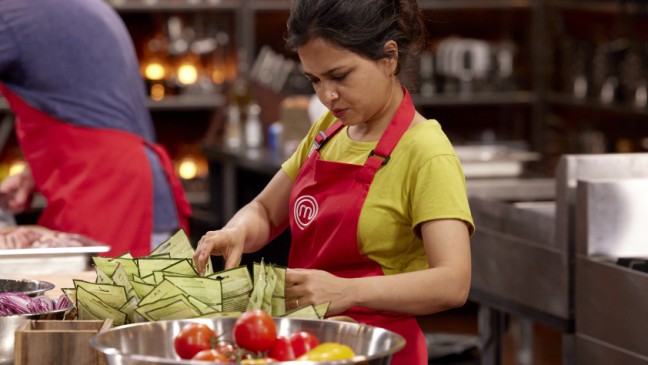 Do you think coming from a “big family of cooks” gave you an added advantage? If you could elaborate, like how your parents’ cooking influenced you in your formative years…

Kishwar: Coming into the competition, I didn’t fully realise what a huge role food and sourcing fresh produce played in my family. From having our flour milled to growing fruits, vegetables and herbs to raising our own cattle, growing and prepping fresh food was an ordinary part of my life. My family puts a lot of time, care and attention into what we eat and how we prepare our food, and I think that was a good leg to stand on for this competition.

You have brought Bangladeshi cuisine to the global audience. Which has been your favourite dish by far? What are your thoughts on fusion food and experiments?

Kishwar: I don’t have a favourite dish by far. But I like sour profiles, like my green mango and ginger broth and working with seafood and different variety of fish.  My thoughts on fusion experiments is “go for it!” There are so many different and creative voices in food. If fusion is what draws you to food and excites you, then do it and do it well.

You plan on writing a cookbook in the future. Would you kindly elaborate on that aspect?

Kishwar: Yes, it was my dream to write a cookbook showcasing food from in and around the Bay of Bengal and share the foods we grew up eating. My journey in MasterChef shaped my perspective on food and who I am as a cook as well, so the content of my book and direction of what I want to do after this competition is changing with that too.

The pressure inside the MasterChef kitchen has often been intense. What helps you manage the stress?

Kishwar: Something I took up in the MasterChef house was running. Before the competition, I spent a lot of time outdoors riding my bike, swimming, finding new hiking trails…but we were in complete lockdown during filming. So, I took up running at the gym, something I hated previously and it was a great stress reliever.

There have been plenty of guest judges by far, all reputed in their fields of expertise. Who has been your favourite? Or to be exact, who do you consider a guru?

Kishwar: I think Josh Niland is absolutely incredible, as is Alla Wolf-Tasker. Incredible heavy weights in their field. I really admire Darren Purchese. Not only does he make incredible desserts, but is also just an amazing person.

Finally! A few words for the amateur cooks of Bangladesh. How can they experiment “without fear” just like Kishwar?

Kishwar: Just follow your own path and your own dreams, however big or small that may feel. If you love it, you’ll find a way to do it.