It was 1998. Tanveer Ahmed was a second-year student at Notre Dame College. The college had just introduced a new subject – Computer Science, besides Statistics and Biology, as an optional subject. He did not have much idea about the new subject, but decided to go with it anyway.

A month later he heard that a computer fair would be held in the city.

“I decided that I would participate in the fair with a project by any means. But I neither had programming skills nor a personal computer,” said Tanveer Ahmed, managing director of Free Pixel Games Ltd, the country’s first mobile game developer company, sitting at his Banani office.  The company creates mobile games that are played in the US, Australia and Europe.

A thought crossed his mind. One of his uncles owned a second-hand computer hardware store – Well-done Computers – in Kamlapur. He borrowed a computer for a month from his uncle. However, he did not have coding skills so he went to Nilkhet looking for a book on coding.

“I bought a book on programming- Visual Java++, from a footpath shop and studied it for a whole month. That helped me develop a dynamic website,” said the 40-year-old Tanveer who set up Free Pixel Games Ltd in 2009, a time when only a handful of people in Bangladesh used smartphones. “My only target was to participate in the fair.” 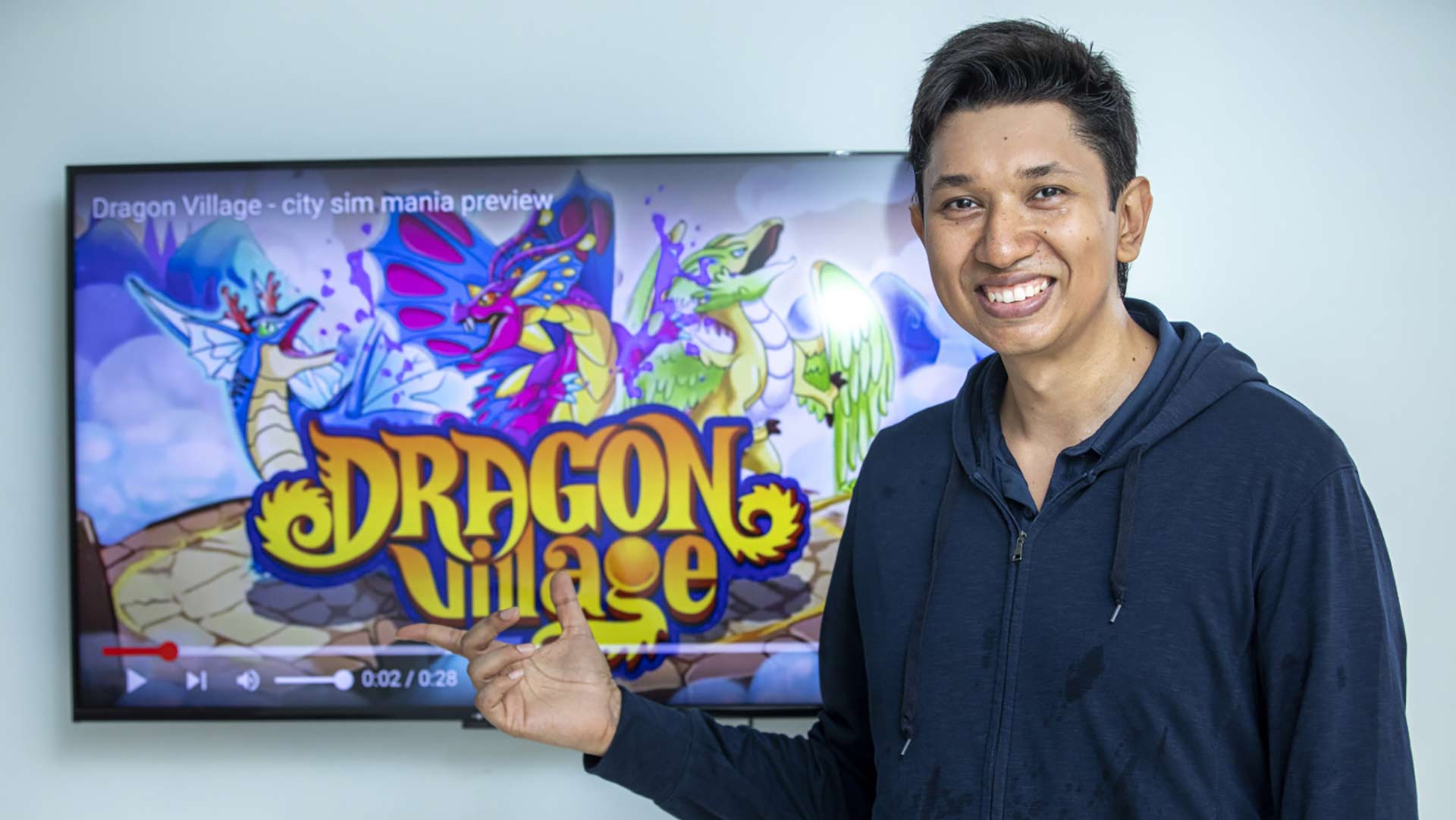 Tanveer, along with others, participated and exhibited his project in the fair. To his surprise, his website project won a prize. Six months later his father bought him his first personal computer. He soon became familiar with softwares and then entered into the outsourcing industry.

“My liking for software grew with time. Nonetheless, I never wanted to be a software engineer, but a software businessman,” said Tanveer.

He made a profile on E-lance in 2001, a freelancing website. He started outsourcing work to other freelancers through his profile. By that time he had already enrolled with the prestigious business school, IBA, under Dhaka University. Through outsourcing, he began earning in dollars.

“After my graduation in 2004, my father wanted me to look after our family business in the textile industry. It was a local venture but my dream was to venture into the international market,” said Tanveer. He took up an internship at a textile mill as well, but that did not settle well with him. 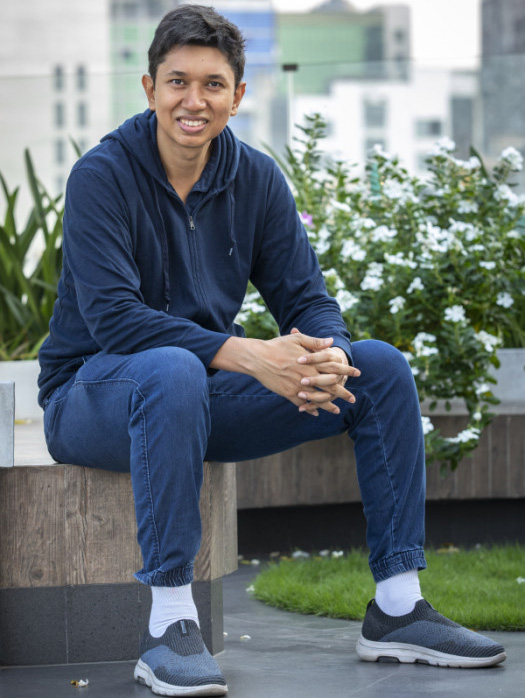 A year later, he set up an office for outsourcing, ITIW with a small team and only eight computers. The new company saw booming business. Within three years, the number of employees rose to 45 from 8.

In 2008, as the whole world fell into an economic recession, the company’s profit began shrinking. Providing salaries to 45 employees was exhausting the company’s savings. Many employees were also quitting for better options.

“Clients were hesitant to give us work as they were suffering from the recession as well,” said Tanveer. That spurred Tanveer to come up with their own product, instead of taking part in the work processes of others.

“We started searching for emerging sectors on E-lance again,” he added. He noticed that the mobile operating system iOS had recently begun and was booming. His company developed its first mobile app for iOS in 2009 for an overseas company. People were dependent on website-dependent softwares until iOS came into view.

They decided to work on mobile phone applications from that point onward.

In the same year, Tanveer moved from developing mobile applications to mobile games. Only a handful of people were using smartphones in Bangladesh and Apple’s App Store began to gain popularity. They began looking for a programming language with which to make mobile games and found that they needed a game engine for that. They discovered a game engine called Cocos2d.

“Games are easier to understand and have a universal appeal. On the other hand, apps are a utility,” said Tanveer, who is also fond of playing games.

“Super Mario is being played in Bangladesh, USA and Japan. It does not need any customisation. But applications do, based on the country it is used in,” said Tanveer. “A utility app in Japan will not be the same in the USA.”

Tanveer bought Cocos2d from its developer who lived in Germany for $50. “We developed some games using the engine and released some games in 2009,” said Tanveer. “In just two to three months, we noticed that we were earning more than we could with E-lancer! So we moved our focus on game development completely.”

Free Pixel Games is still using Cocos2d to develop a few of their games. In 2010, his passion for software/game development took him to Apple’s developer conference, Worldwide Developers Conference (WWDC), in San Francisco where Steve Jobs was presenting. 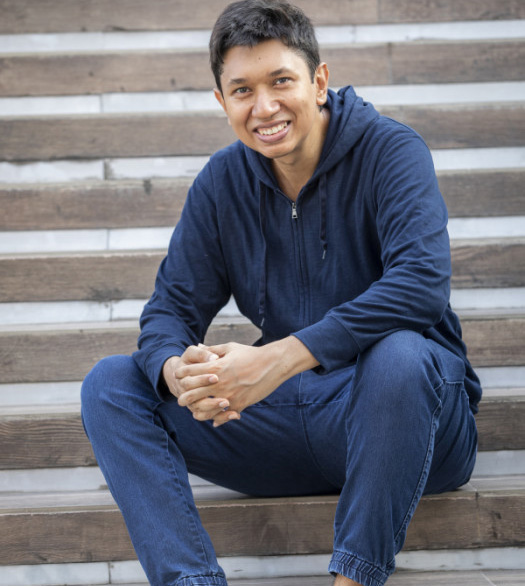 He was the only Bangladeshi among the around 2,000 people who attended the conference.

“It takes us between 6 months to 12 years to develop a single game,” Tanveer said. “And there are around 100 prototypes behind a single successful game,” he added.

Games are categorised on their complexity and playtime. Categories include hyper-casual, causal, Mid-Core and Hard-Core games. The company is developing games which fall between Casual and Mid-core categories. However, Mid-core games require courage to develop, according to Tanveer.

Most of the revenue the company generates is from the USA, EU, Australia and New Zealand and Southeast Asia. The mobile game developing industry in Bangladesh is in its initial stage, Tanveer said.

“The game development industry is a high-risk and high-return industry around the world,” said Tanveer Ahmed. However, Tanveer’s future plan is to set up a video editing and animation studio, develop an e-learning platform and scale up the mobile game business further.