The Bangladeshi chef who introduced Biden biriyani to New York

With subtlety as his secret ingredient, Khalilur Rahman is popularising Bangladeshi cuisine in New York.

At first glance – in a tailored black suit, ironed white shirt and maroon silk tie – Khalilur Rahman looks more like someone who plys his trade on Wall Street than in a kitchen.

The image is hard to shake off even when the award-winning chef starts talking about his most famous dish ‘Biden biriyani’.

In 2020, when Biden became the 46th President of the United States, a Democratic Party enthusiast Khalil came up with the perfect idea to celebrate the occasion.

He made a non-veg biriyani and named it after the president. What sets this dish apart from other biriyanis is the rather frugal use of spices, making it suitable for all sorts of taste buds, especially non-South Asian ones.

“Senators and Congress members visit my restaurants often and I am proud to say that they love what I serve,” said the owner and CEO of Khalil’s Food, Md Khalilur Rahman. Khalilur Rahman’s journey is a true example of living the American dream. At present, he owns four restaurants named Khalil Biryani House, Khalil Pizza and Grill, Khalil Halal Chinese and Khalil Sweet and Bakery. 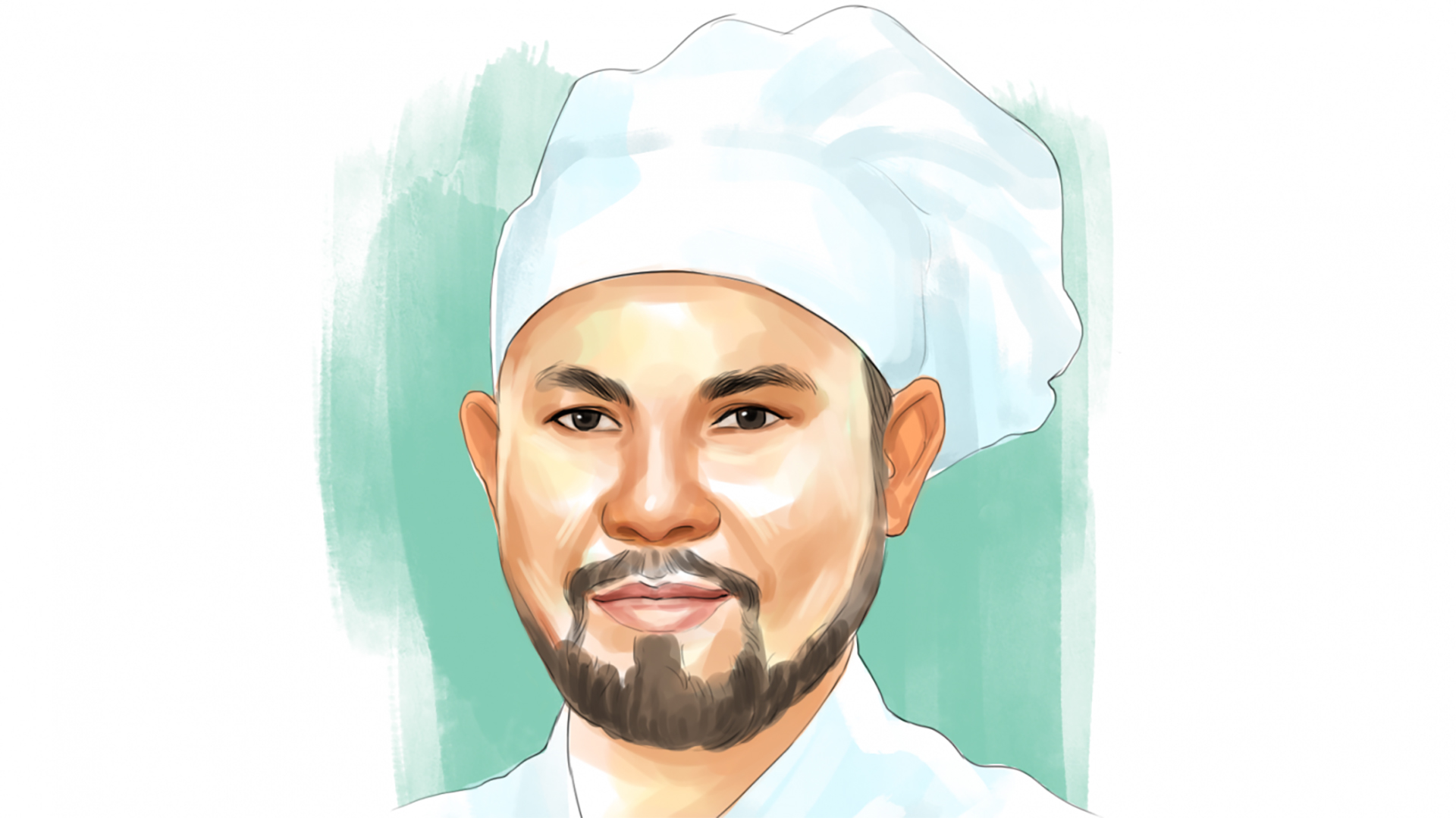 Three of them are located in the Bronx and another in Jamaica. With more than 85 Bangalee immigrants working in his restaurants and shops, Khalil recently won the most prestigious ‘British Curry Awards – 2022’ as Personality of the Year in New York. This is the first time a chef from outside the UK has received this award.

“During the pandemic, we offered food to the underprivileged people around New York City. I believe if you spread kindness, at some point, it will multiply and come back to you,” he said.

“Before I got my DV (Diversity Visa) for the USA in 2008, I worked in an insurance company. It was not bad, but I knew I wanted to do bigger things,” Khalil reminisced.

At first, he was a dishwasher at a New York restaurant. For six years, he worked as a dishwasher, kitchen helper, butcher’s hand and other odd jobs.

“In those six years, I finally realised what I wanted to do; I wanted to be a businessman and I wanted to open my own restaurant,” Khalil said. But opening a restaurant required money and culinary skills.

Soon, he found himself at the Institute of Culinary Education, New York, for formal learning. The institute controls food quality across New York. It took him four years to complete the course and he finally became a certified chef in 2018.

“I took an education loan to complete my degree. I still have to repay $24,000,” Khalil laughed as he spoke.

In 2017, during his studies, he opened a small restaurant called Khalil Biryani House, in one corner of the Bronx.

“Now, as I look back, it almost feels like a dream – a proper American dream indeed. Never did I imagine my current achievements. Moving to the USA, my previous educational qualifications, a master’s degree in mathematics – nothing mattered. I needed to teach myself brand new things to build a sustainable career. Then, as opportunities came along, offering economic freedom and professional skills, I grabbed them with both hands,” said Khalil.

He has recently established the Khalil Food Foundation. Its mission is to train new immigrants so those fresh-off-the-boat can sustain themselves. “I have 85 employees working for me, all Bangladeshis. I have trained them myself.”

“I think my life can teach them that no profession is negligible. Hard work brings success no matter what. Also, I hope traditional Bangladeshi food becomes common across American and European tables,” he added.

According to him, the Khalil Biryani House in the Bronx has turned into the most popular deshi restaurant in New York.

In love with the subtlety of food

Khalil says the type of food that dominates Bangladeshi cuisine is full of spices, so much so that herbs have now become another thing we eat, and not just flavouring elements.

During the conversation, Khalil ordered two cappuccinos. While he was pleasantly satisfied with one sachet of brown sugar in his cup of cappuccino, even two sachets were not enough for me. Clearly, he preferred subtlety.

“I want to change the traditional narrative and prove that subtlety is the key to good and healthy food,” Khalil said. He has been working on creating fusion flavours for the last 14 years in New York.

“Bangladeshi foods have claimed a sweet spot in multi-ethnic New York City. Khalil Restaurant is the ultimate success story that rises above other Bangladeshi eateries swarming the streets,” he proudly stated.

Khalil believes adding a healthy twist to Bangladeshi cuisine and the use of fresh ingredients has been the key to his success. “Customers choose to trust my cooking method and business principles.”

In the future, he wants to open a culinary institution in Bangladesh where students will be taught cooking for international palettes, where chefs will learn the secret – subtlety is the ultimate beauty of cooking.

So, does this mean he wants to come back to Bangladesh one day?

Khalil is happy with where he is at the moment but someday, he wants to give back to his country. “If I stayed back in Bangladesh, I would have never gotten to where I am right now. An obscene amount of paperwork, corruption, political pressure and lack of law and order make it tough for a person to grow here, if they do not come from an influential background,” he said with a trace of bitterness in his voice.

Khalil is getting recognition for his work in Bangladesh and that is enough for him for now.