Around four years ago, Hasan Rahman, a retired NASA (National Aeronautics and Space Administration) engineer, came to Bangladesh on vacation when his friend took him to the local schools of Bashbari in Gazipur for a short visit. His presence brought life to the school premises.

All the students were excited to meet the NASA engineer. But Rahman, unfortunately, did not share the same sentiment. He became too consumed with a reality check: these school children were deprived of technology.

Later, in a casual conversation with his friend, he understood how our schools lack inclusivity in technology.

Thinking of how he can help make the situation better, his tech-oriented mind settled for designing a laptop called the ‘Taalpata’ at an affordable price for the students. Instantly, he chalked out a plan and started working on it.

He designed a 360-degree multi-touch screen foldable laptop at Tk12,000, which is fire, water, and shatterproof and includes a three-year guarantee. It is sized 11.6-inches with eight hours of battery backup, 128 GB storage, and 8 GB of RAM. With these specifications, it can run on both Windows and Linux-based operating systems and house an Intel N4000 processor. 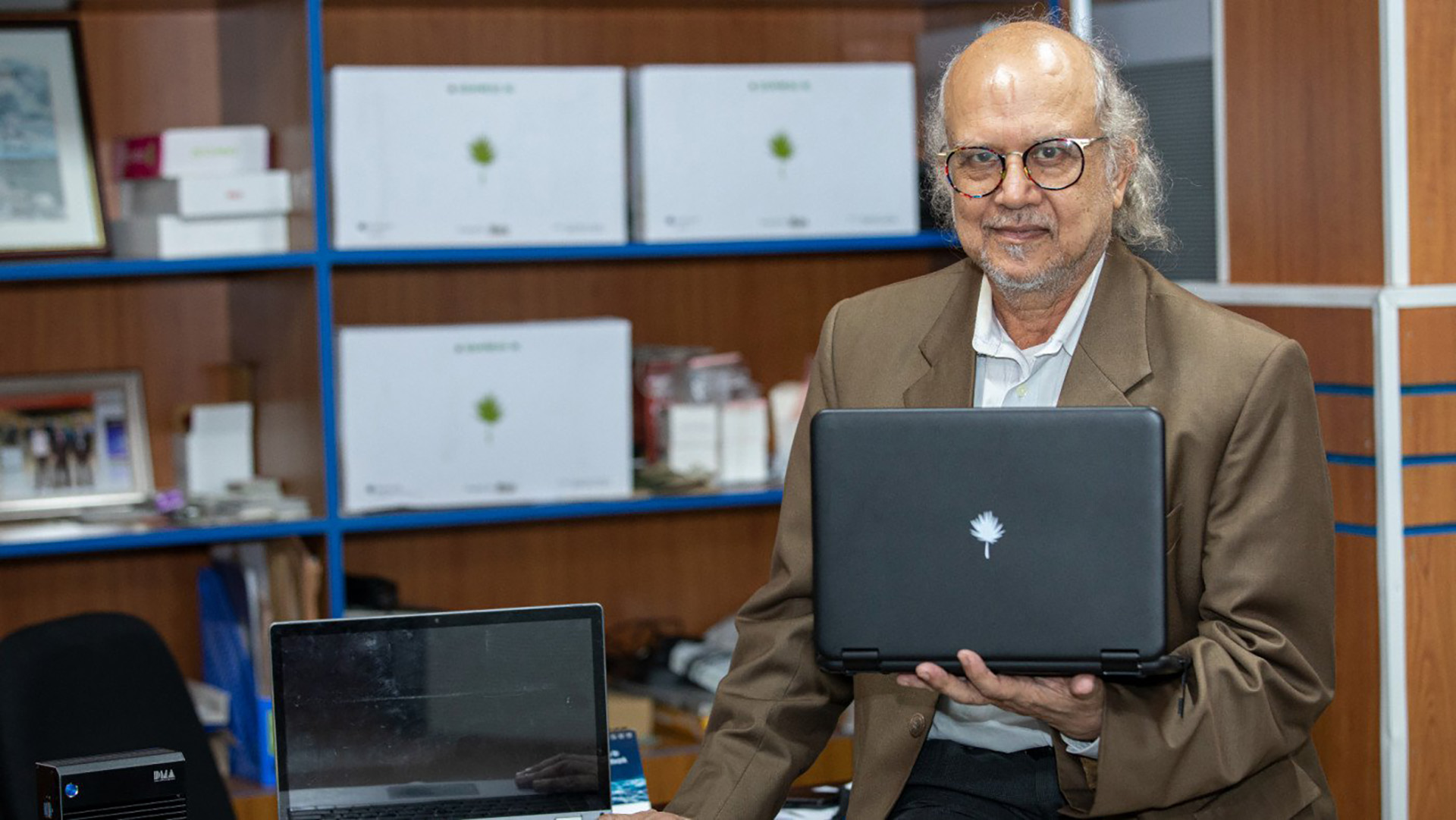 To manufacture the Taalpata laptops, he went under the umbrella of Hi-Tech Park because he was convinced by their flashy advertisements. It charged Tk10 per square foot rent monthly, whereas, in a place like Gulshan, the rent would be Tk120 per square foot.

The Hi-Tech Park claims to be a one-stop solution that exempts tax, VAT and duty for a manufacturing company that comes under its umbrella. Moving forward with his plan, he ordered raw materials from abroad to assemble and give Taalpata its final shape.

Ever since, Datasoft Manufacturing and Assembly Inc Limited, (DMA) has been planning to launch this laptop “soon.” However, its “soon” is yet to arrive as the product has not hit the local market to this day. The company could produce only some 500 units of laptops but has no plans for commercial production yet.

“I expected to sell this laptop like candies considering our demand for tech devices. But for around two years I have been struggling just to mitigate the problems that I am a victim of, instead of going for bulk production,” said Rahman, the Managing Director at DMA.

For starters, Rahman found himself at the mercy of the National Board of Revenue (NBR) once the raw materials of Taalpata arrived at the port. He was completely caught off guard when he learned that he would have to pay a 47 percent duty fee when he expected to only pay 1 percent. Consecutively, the market price of Taalpata doubled due to its duty fee.

“In reality, not all the commitments made by Hi-Tech Park were true. I could not believe I had to pay such a huge duty fee for importing raw materials only, whereas others were charged 9 percent for importing a fully assembled laptop.

What kind of policy is this? How can such policies encourage businessmen to grow their businesses?” Rahman said, raising more questions about the system he found himself in.

The NBR told Rahman that as his factory was not audited and certified by a special committee formed by the NBR and BUET, he could not enjoy a 1 percent duty fee. Moreover, they also said that his company will be certified after all the input, output, and coefficients are measured. Each audit will cost between Tk2.5 to 3lakh. Only his machinery would be able to avail a 1 percent duty fee policy after the certification is done, not the raw materials.

“There is a lack of communication because Hi-Tech never informed me about any of these policies or procedures that I needed to fulfill. As I was successfully certified by Hi-Tech, I assumed all the official procedures were completed too,” explained Rahman.

When he reached out to Hi-Tech about this inconvenience, Rahman claims they gave him the cold shoulder and asked him to solve his own problems as it was not their headache anymore.

However, the Bangladesh Hi-Tech Park Authority (BHTPA) explained it differently. Bikarna Kumar Ghosh, Managing Director of BHTPA, said, “We are working on it. Though I am not supposed to, I requested the National Board of Revenue (NBR) to help find a solution for them.”

Khairul Kabir Mia, the First Secretary (Customs International Trade and Agreement) of NBR said, “If the BHTPA has not cooperated with them, it is not our fault. We were true to our responsibilities. Yet, if anyone has any suggestions, they may contact us. We are open to dialogue.”

Still, after two years of struggle, Rahman is now optimistic that he will have a positive result by April.

“The NBR has somehow understood that their policies are doing nothing but creating obstacles for the growth of IT companies. “I am the proverbial ‘guinea pig’ who is working to make the path easier for everyone,” said Rahman. 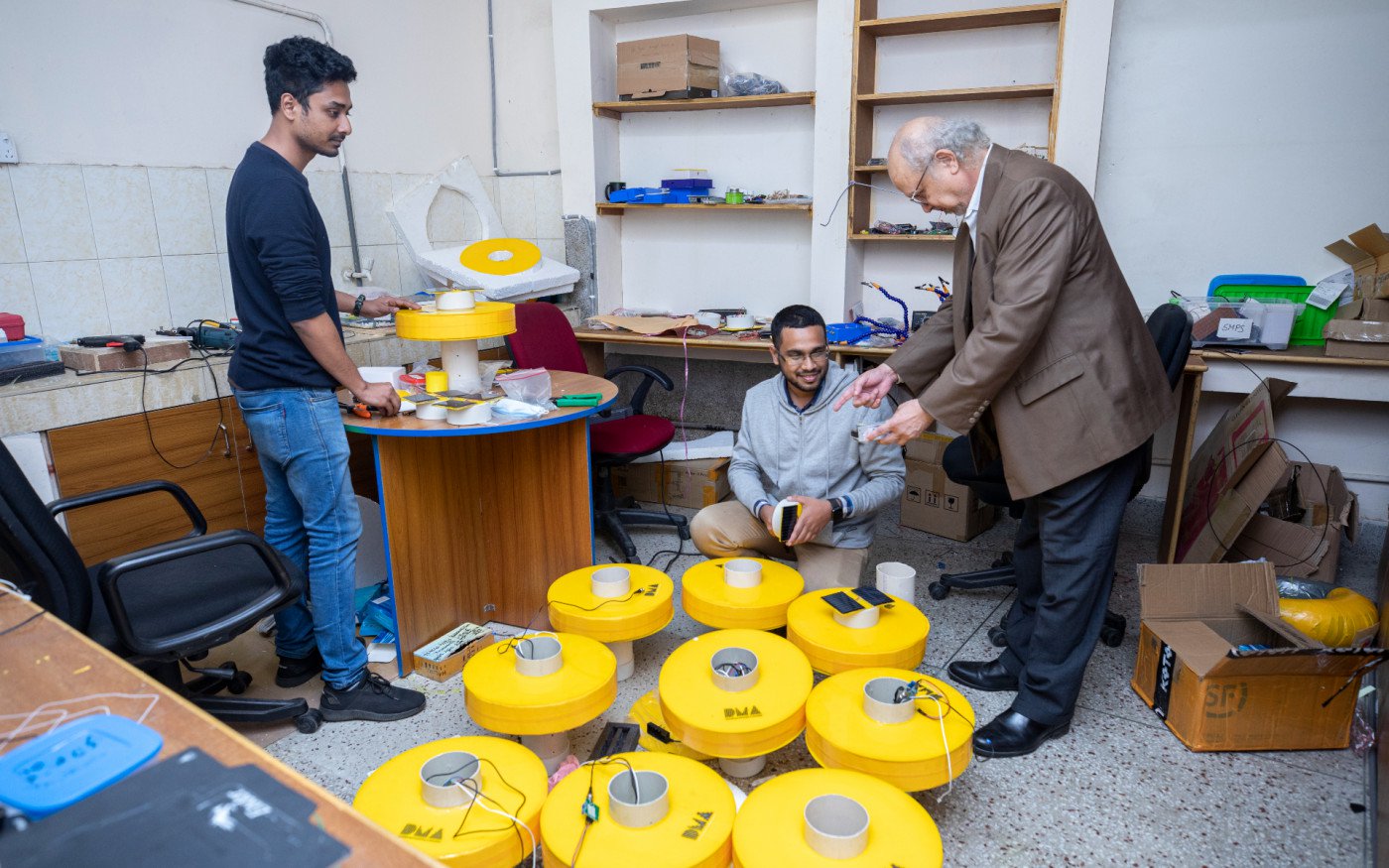 But could the businessman not find another solution since there are already existing local tech companies manufacturing their own products? In response to this query, Rahman said, “This is difficult as well. For example, a big company like Walton can afford to pay Tk16 lakh for its certificate, but I cannot easily afford the Tk2.5 to 3lakh,” he said.

A frustrated Rahman further said, “I do not own a big business, so I need more support. In Western countries, the certification and audits are done free of cost to encourage small tech companies if they meet all the criteria.

As a result, those same companies pay tax and VAT once they get started making a profit. But in Bangladesh, the situation is hostile towards businesses as we are charged too much, making the process more expensive and complex.”

Ghosh from the BHTPA also agreed with Rahman’s comment. He thought that BUET should not be the only authority in the audit committee and rather a  panel should be formed comprising experts from Dhaka University and private universities. “This way, the system will be more transparent, less time-consuming and affordable for the investors,” Ghosh added.

To sort out such problems, Rahman believes that communication remains the key. For this, he believes people working in this sector should get more acquainted with the policies and each other. “Otherwise, none of them will ever reach a mutual solution,” he added.

While sharing his plan with The Business Standard, Rahman revealed that DMA plans to maintain a 60:40 ratio in local and international markets. “If everything goes according to my plan, we will export laptops to Saudi Arabia, Egypt and Africa this year,” he stated.

Rahman also expressed disappointment in how tech and mobile phone companies were treated differently. Many international mobile companies assemble their phones in Bangladesh, and that number is growing. But tech companies cannot avail of this as they fall under the IT section and need to fulfill many clauses.

He believed that tech manufacturing companies should also get similar treatment while assembling laptops and computers.

Rahman believes that if the current problems are resolved, Bangladesh will be home to top tech manufacturing companies including DMA.