Story of how going green proves a winner

It is early winter. It’s a pleasant day with the mild midday sun overhead. Schools of fishes, including tilapias, swim in the artificial pond in front of the Vintage Denim Studio. The water looks green. Recycled water from the factory’s washing plant comes to the rectangular pond. The pond itself is decorated with exotic plants in pots that are half-sunk in the water.

Afroza Pinky, a quality inspector, and a few of her colleagues are watching the fishes play. Another group of male workers are playing badminton in the open space on the factory premises. It is their lunch break.

“I like the fish. The environment here is very different from other factories. Sometimes, I do not remember I am at work,” says Pinky, who has been working at the Vintage Denim Studio Limited for two years.

Sitting on a 10-acre plot in the Export Processing Zone in Ishwardi, Pabna, Vintage Denim Studio is leading the way on how to save the environment while running a factory, ensure a safe workplace and reduce consumption of natural resources as much as possible, such as water, and bring down power usage as well as carbon emission.

To put simply, a green factory is basically a concept of manufacturing products doing little harm to the environment.

Vintage Denim Studio, the country’s first Leadership in Energy and Environment Design (LEED) platinum-certified RMG factory with 90 points, will step into 10 years of its journey in May next year. 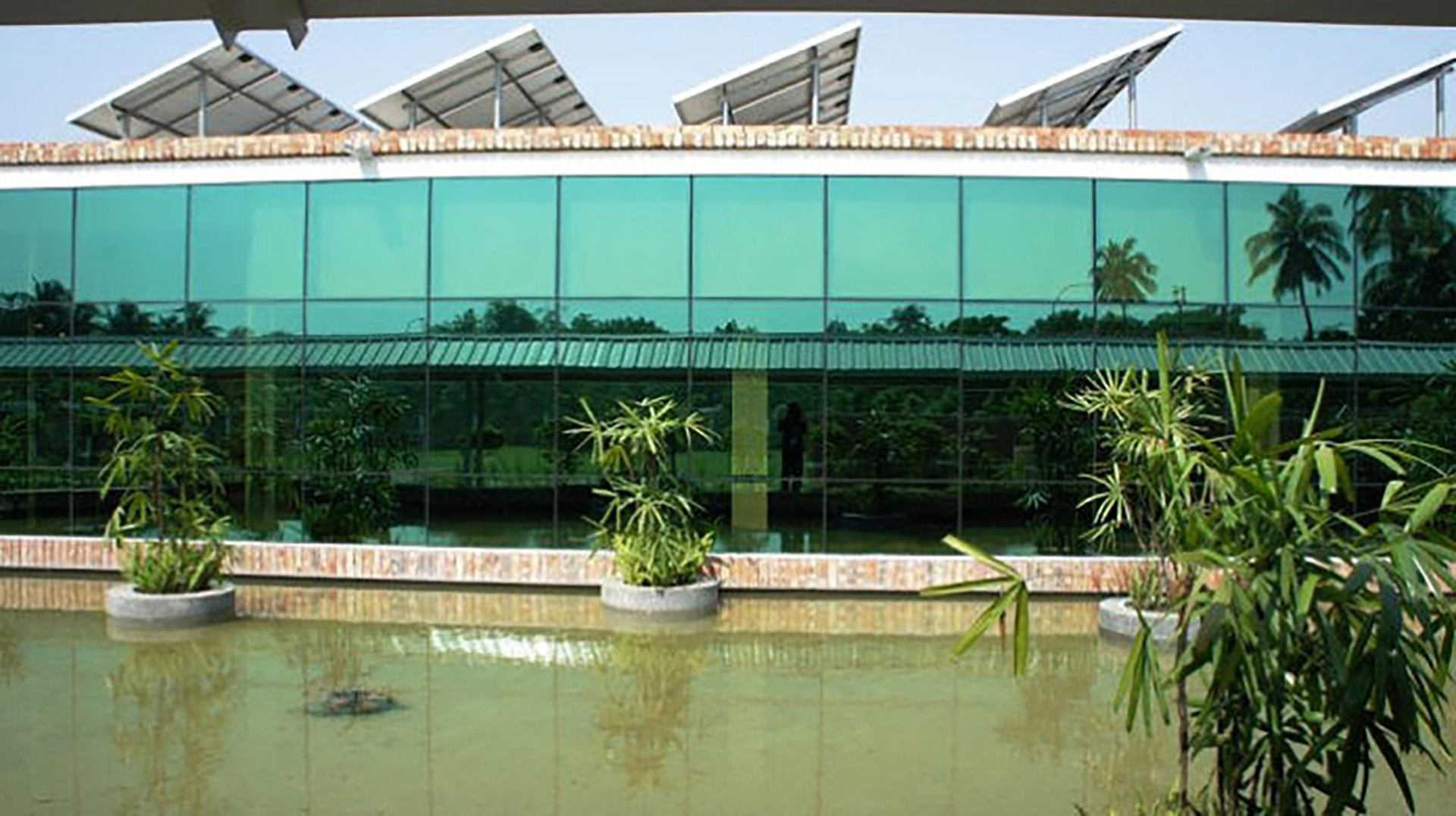 Over the last nine and a half years, the factory owners did not have to worry about work orders, with western buyers preferring sourcing products from this green and compliant apparel factory.

More than 3,000 people are now working at the factory that manufactures woven bottoms and tops. The factory’s annual turnover is more than $60 million.

Apparel entrepreneurs have invested a lot in green initiatives after the 2013 Rana Plaza building collapse that killed 1,134 people and injured over 2,000.

Interestingly, Vintage Denim was set up a year before the Rana Plaza tragedy, which led a few thousand RMG factories to overhauling workplace safety and compliance issues.

With time, many other companies are embracing the green concept. In October this year, one more Bangladeshi factory, Denim Processing Plant, got LEED certification from the US Green Building Council.

With the latest addition, Bangladesh now has 150 factories with LEED certification from the council. Of them, 44 have platinum, 93 gold, nine silver and four lead-rated certificates.

RMG factory owners believe that the green initiative has helped them recover the image of the industry and the country as a whole. Bangladeshi entrepreneurs have kept on investing in green buildings to boost international buyers’ confidence.

How it all started

In 2010, ABA Group Chairman Sajjadur Rahman Mridha wanted to set up a modern readymade garment factory in the country. So, he appointed a consultancy firm that previously assisted in making a LEED Platinum certified factory in Sri Lanka’s Colombo city.

The consultant asked Sajjadur whether he would make his garment factory a green one. Then, he replied that he would but only after visiting the Sri Lankan factory.

The factory [Colombo city] was a reputed RMG one worldwide then and it was jointly working with British retail giant Marks and Spencer, a big name in the market at that time, said Sajjadur.

“When I used to visit Sri Lanka and Turkey, I found their factories far more modern and systemic than those of us. A modern factory ensures a worker-friendly environment. When you give your workers a good place to work, their productivity as well as efficiency will grow,” he noted.

“My workers do not sweat as the factory has a central air conditioning system,”

To acquire a LEED certified status, a factory has to have a central air-conditioning system with seven filters meant for purifying air. Besides, at least 13% of power should be generated from renewable energy.

Vintage Denim owners had to use half-burned bricks to construct the factory structure as per the construction guidelines so that it can absorb heat and air. They have to use a minimum amount of painting in and outside of the building.

The company has reduced its energy cost by 46%, water cost by 53%, and brought down carbon footprint by 45%. And, 10% of its electricity supply is coming from renewable energy. It has improved its productivity and ensured a safe workplace for its workers.

The factory was neither constructed in Dhaka nor in Chattogram, but in Ishwardi EPZ,  far away from Chattogram port. Because according to a LEED certification condition, a factory cannot be constructed on agricultural land, rather on fallow land or in the industrial belt.

“We did not get any such plot in Dhaka or Chattogram. As suggested by Bepza, we built the factory there [inside the EPZ] and we got all necessary support from them,” Sajjadur pointed out.

“The product price of a non-green factory and a green one is the same, but if it is a green factory, you will get business priority. And that is the benefit,” said Sajjadur.

Green factory owners benefit in the long run for sure. The factory has registered a 10% to 15% business growth every year over the last ten years. Even in the midst of Covid-19, the factory has posted 5% to 6% growth, he noted.

“We are saving electricity costs by getting power from solar panels,” he continued.

But maintenance costs for a green factory are high as it is necessary to keep its appearance intact. Vintage Denim Studio Limited is around 10 years old, but it still looks new.

“All buyers in Europe and the United States have now become compliance-oriented. So, reputed companies are now moving toward setting up green factories,” said Mamun.

Vintage Denim will have to go the extra mile to score 100 out of 100 in the LEED certification.

LEED certification credits are focused on a number of concepts. The factory has got 23 out of 26 in sustainable sites, 28 out of 35 in energy efficiency, 6 out of 14 in materials and resources and 13 out of 15 in indoor environment quality.

Besides, it secured 10 out 10 in water efficiency, 6 out 6 in innovation and 4 out of 4 in regional priority.

“To increase our LEED certification score to 100 points, we are now working on areas where we need improvement,” said the executive director.