User-friendly and functioning without any major hiccup, vaccine registration app “Surokkha” is a small statement of capabilities of homegrown information technologists.

Created by five local engineers, the app with an access capacity of five crore people at a time, has been playing a key role in the country’s Covid-19 vaccine management campaign.

The effort of the fantastic five also saved a lot of public money as the government was planning to outsource a registration platform as part of vaccine rollout management in January this year.

“We were looking for a system from various local and international companies. At that time, the five officials of the ICT division presented their proposal,” NM Zeaul Alam, senior secretary of the Information and Communication Technology Division, told The Daily Star recently.

While working as programmers in various districts, they first gave an idea of Central Aid Management Systems for smooth distribution of cash incentives to Covid-hit people. The proposal was initially submitted to the Tangail district administration. Later, the government took up the idea nationally and brought the five programmers to Dhaka to work on the Central Aid Management Systems (CAMS). 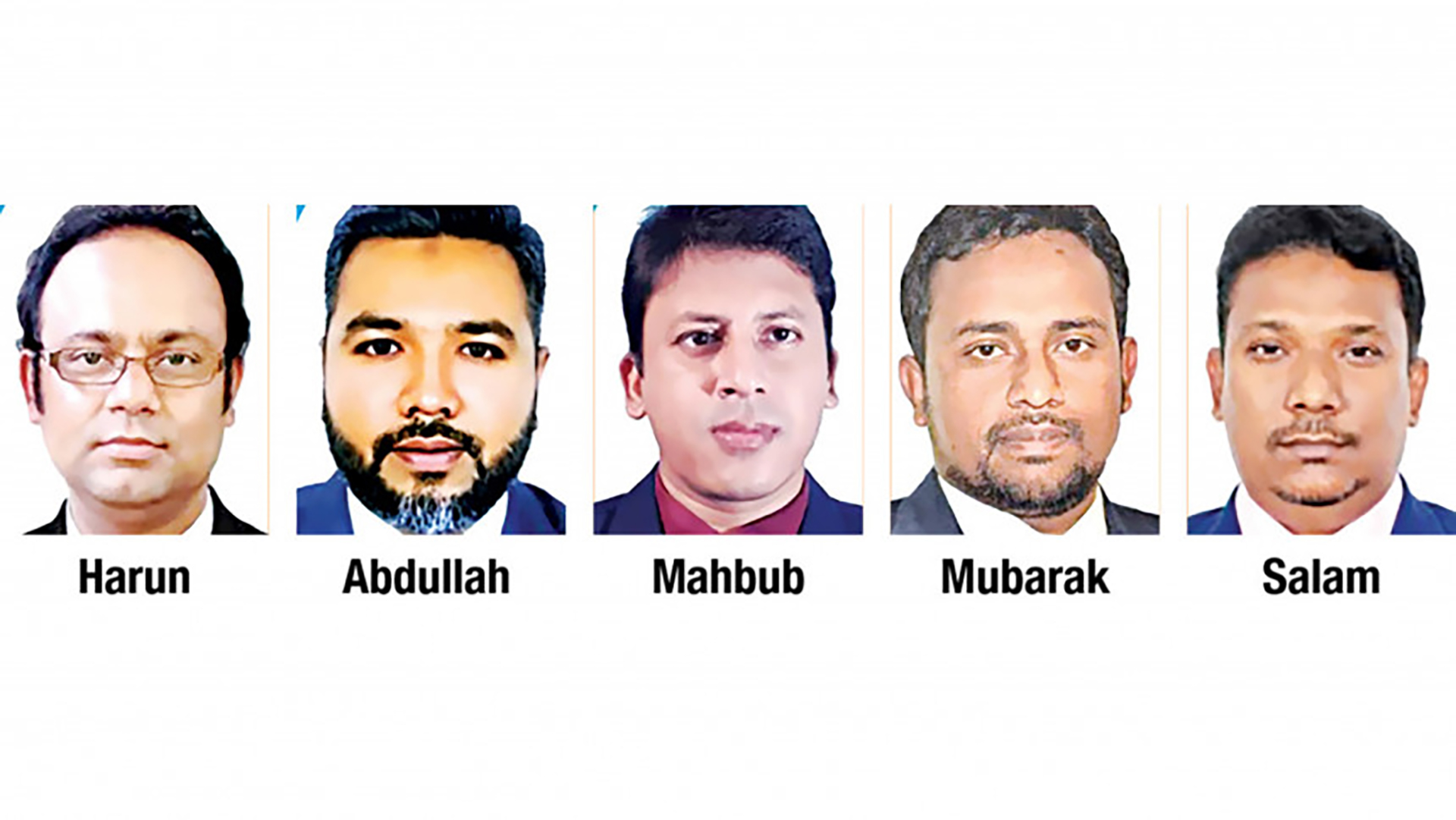 Under the CAMS, around 50 lakh families got the financial assistance last year.

After the success of the project, the team grew confident and started working on vaccine management system.

At the beginning of this year, they presented the system to the government. It got the vetting from the National Covid-19 vaccine committee, which gave some inputs and allotted three weeks to complete the system.

The system was finally launched on January 25 this year.

“We worked together and there was no leader in the project. As our vision was fixed, we just focused on our work. We are happy that people are getting the benefits of it without any hassles,” ASM Hosne Mubarak, one of the programmers, told The Daily Star.

The programmers said they had overcome some challenges to develop the system.

“Bringing at least 12 crore people to the vaccination campaign and managing all the data for this huge population was a very tough task. The main challenge was to verify the applicant’s identity through the NID database,” said Harun Or Rosid.

He said that managing the huge traffic in the server at a time was also challenging as the government doesn’t store its data on Amazon Web Services or Google Cloud like other private companies, considering the security of the people’s privacy.

“To overcome this challenge, we used National Data Server,” he added.

He said that time constraints and limited resources were their biggest enemies.

“We got only three weeks to develop the app. It was like the maximum output using the minimum resources. We are happy that the app runs smoothly even after a record of six crore hits in a single day,” said Harun Or Rashid.

It takes a few minutes for vaccine registration with the applicant needing a National ID and a few clicks. Once the registration is done, the user gets an SMS and the application is transferred to the vaccination centre concerned automatically.

A person can download the vaccine registration card. After getting the first jab, the user’s vaccine status is instantly updated and the date of the second jab is also automatically fixed.

After completing the two doses, a person can download the vaccine certificate at their own convenience. Besides, there is a QR (quick response) Code so that any authority anywhere in the world can verify the person’s vaccination history.

Abdullah Bin Salam said, “There were a number of cyberattacks to interrupt the service but till now the attackers could not do anything,”

The programmers said for the last nine months they have been working round the clock as there is no additional manpower to look after the system.

They said young programmers have a tendency to go abroad for better fortunes, adding that the government can avert it by incentivising them.

NM Zeaul Alam said, “The young programmers did a tremendous job and they had done it going beyond their regular job description. This is inspiring for others. We are trying to incentivise them so that they get encouraged.”