In Bangladesh, students often rely on after-school learning centers for study help or test preparation, but many of the best ones are concentrated in major cities. Edtech startup Shikho was created to make supplementary education more accessible and affordable. The company announced today it has closed a $1.3 million seed round co-led by returning investor LearnStart (the seed fund of edtech investment firm Learn Capital) and Anchorless Bangladesh.

The round also included participation from Wavemaker Partners and Ankur Nagpal, founder and chief executive officer of online course platform Teachable. Shikho’s last round of funding was $275,000 in pre-seed financing last year from LearnStart and strategic angel investors.

Founded in April 2019, Shikho is focused on grades 9, 10, 11 and 12, with plans to introduce content for grades 6 up to university level and continuous education. Its learning material, created by educators and subject experts, is based on the Bangladeshi National Curriculum. To keep students engaged, it uses gamification techniques, like points, leaderboards and virtual awards.

Shikho was founded in April 2019 by CEO Shahir Chowdhury, who previously worked in finance and business, including as a director at HSBC UK’s Private Bank, and chief operating officer Zeeshan Zakaria, who also worked in finance before becoming a mathematics teacher. 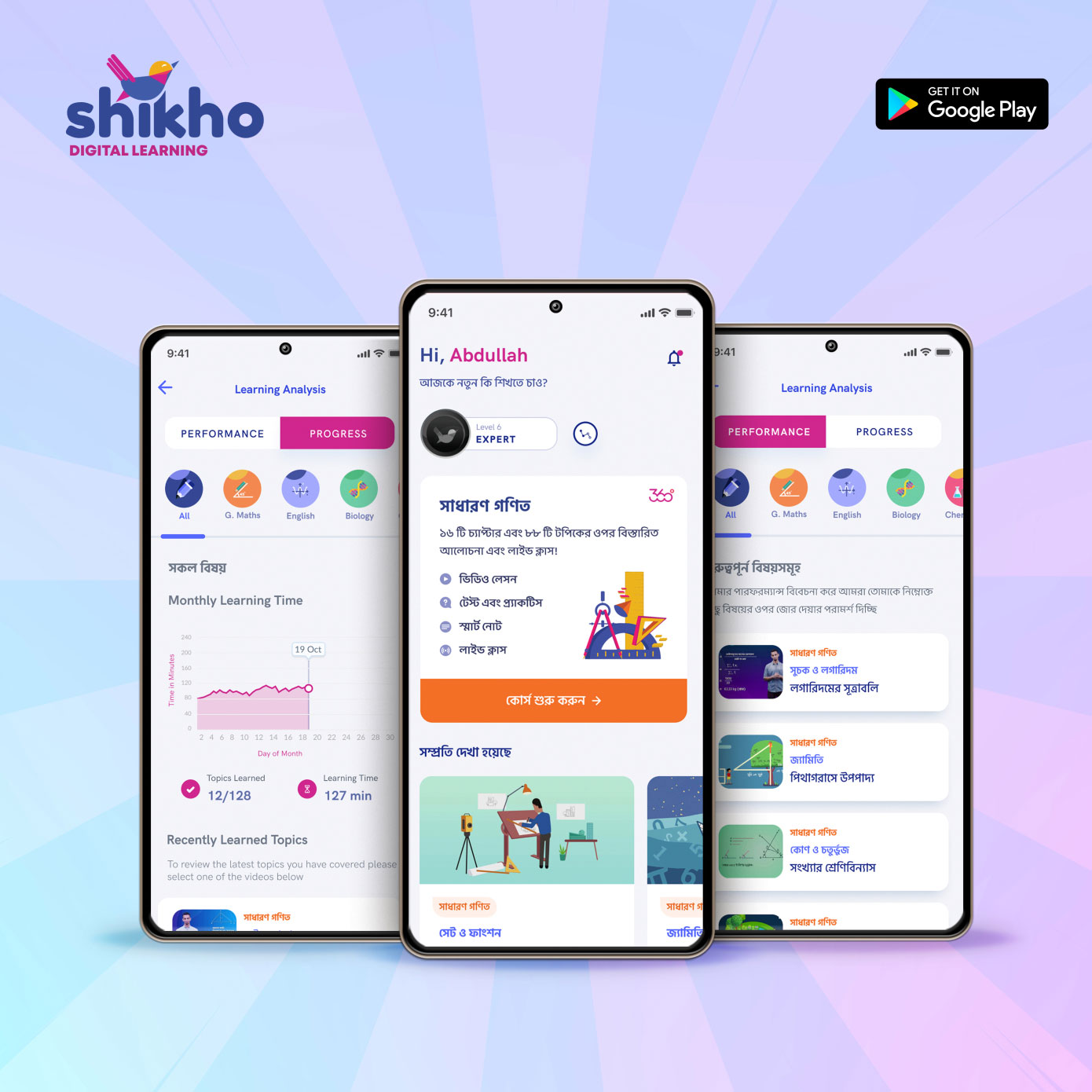 Both grew up in Dhaka before moving to the United Kingdom, where they went to university. Chowdhury told TechCrunch that even while working in finance, his goal was to launch a socially impactful business in Bangladesh.

At first, Chowdhury looked at fintech because of his career experience, but realized there were already many players focused on financial inclusion in Bangladesh, like bKash. He started thinking about education — Chowdhury’s father is a retired professor and his mother still teaches high school. Then by coincidence, he worked on a client report about the emergence of Indian and Chinese edtech startups, like Byju’s and Toppr.

“I tried to understand what edtech was and why it was working in those markets and why it didn’t exist in Bangladesh,” said Chowdhury. “When I looked at that closely, there was no reason for it not to exist in Bangladesh. From a macroeconomic perspective, you have all the elements you need. You have a very large population, about 165 million people, and half of that is under the age of 25.”

Chowdhury reached out to Zakaria to lead Shikho’s academic programming. Shikho’s goal is to find more engaging and effective ways to teach students material from the Bangladesh National Curriculum.

“Not much has changed since my dad was in grade 10 in terms of the syllabus,” said Zakaria. “I’m not a politician, so I can’t bring about change there, but I can change how it’s delivered. We deliver the curriculum in a way that has never been seen before in terms of the pedagogical experience.”

Shikho launched about a year before the COVID-19 pandemic began, but that didn’t change its approach to product development because it was always meant to be an online learning platform.

The company works with educators to create content, including animated videos that break down topics into short segments of about six minutes each to help students learn at their own pace. Each video is supplemented with digital resources called smart notes to replace the guidebooks many students buy for studying, and practice questions with detailed solutions.

Shikho’s main video content is pre-recorded, but it will also launch live classes for its app and web portal in about six weeks. The company’s new funding will allow it to scale-up content production, including an app for parents.

One of the biggest challenges for online learning platforms is keeping students motivated. Chowdhury said Shikho’s gamification system was inspired by the Nike Run Club app. Similar to how Nike Run Club users get points every time they go on a run, Shikho gives students points when they log in, do a test or watch a video. The points can be collected for milestones ranging from beginner to “legend,” and special badges are awarded for accomplishments like finishing a test quickly and accurately.

The point system also feeds into a leaderboard, so students can see how many points they have compared to other Shikho users at their school, or on the entire app.

The app is free to use for seven days. One of the company’s plans for its new funding is to launch more freemium content to increase user conversions into paying customers. Chowdhury says that paying users have high engagement rates, typically spending about 45 to 50 minutes daily in the app. Shikho plans to double down on its user acquisition strategy, including offline sales teams in front of schools, at the end of the year after launching its app for parents.

“Students are the users and the actual customers are their parents, so we’re conscious that we’re going to have to flip communication to the parents,” said Chowdhury. “That’s part of what this funding round is for.”

In a statement about investment, Anchorless Bangladesh founding partner and CEO Rahat Ahmed said, “Bangladesh has one of the largest allocations of private education expenditure as a percentage of disposable income in the world, but lags behind countries like India and Indonesia when it comes to edtech funding. The market is primed for growth and we believe the team at Shikho is well fit to lead the charge and take education to the next level.”