Risalat Khan: When saving the climate is your career

Risalat Khan is an activist from Bangladesh who is passionate about addressing climate change, biodiversity loss and other existential challenges. He currently holds the position of Senior Campaigner in Avaaz

One can find roots deeply grounded in Risalat Khan’s odyssey to become an environmental activist.

Risalat grew up watching his father, Mohidul Haque Khan, one of the founders of Bangladesh Poribesh Andolon (BAPA), engaged in a multitude of environmental activism.

“I got to learn a lot from him,” Risalat said, acknowledging the role of his father.

He added, “I remember participating in protests together, talking about saving Buriganga and other rivers.”

This is what, he admits, led him to a path of understanding, thinking and analyzing critically about environmental issues.

After graduating from Amherst College in 2013, Risalat was trying to start an urban agricultural startup based in Dhaka. At the same time, he had a realization about the upcoming Paris Climate Agreement.

He laid out what was going on in his mind before the Paris Climate Accord of 2015, “I could really connect myself with conversations that would shape in many ways the destiny of countries like Bangladesh.”

However, despite having interests in activism, especially in the climate arena, he had not quite considered campaigner as a career path. 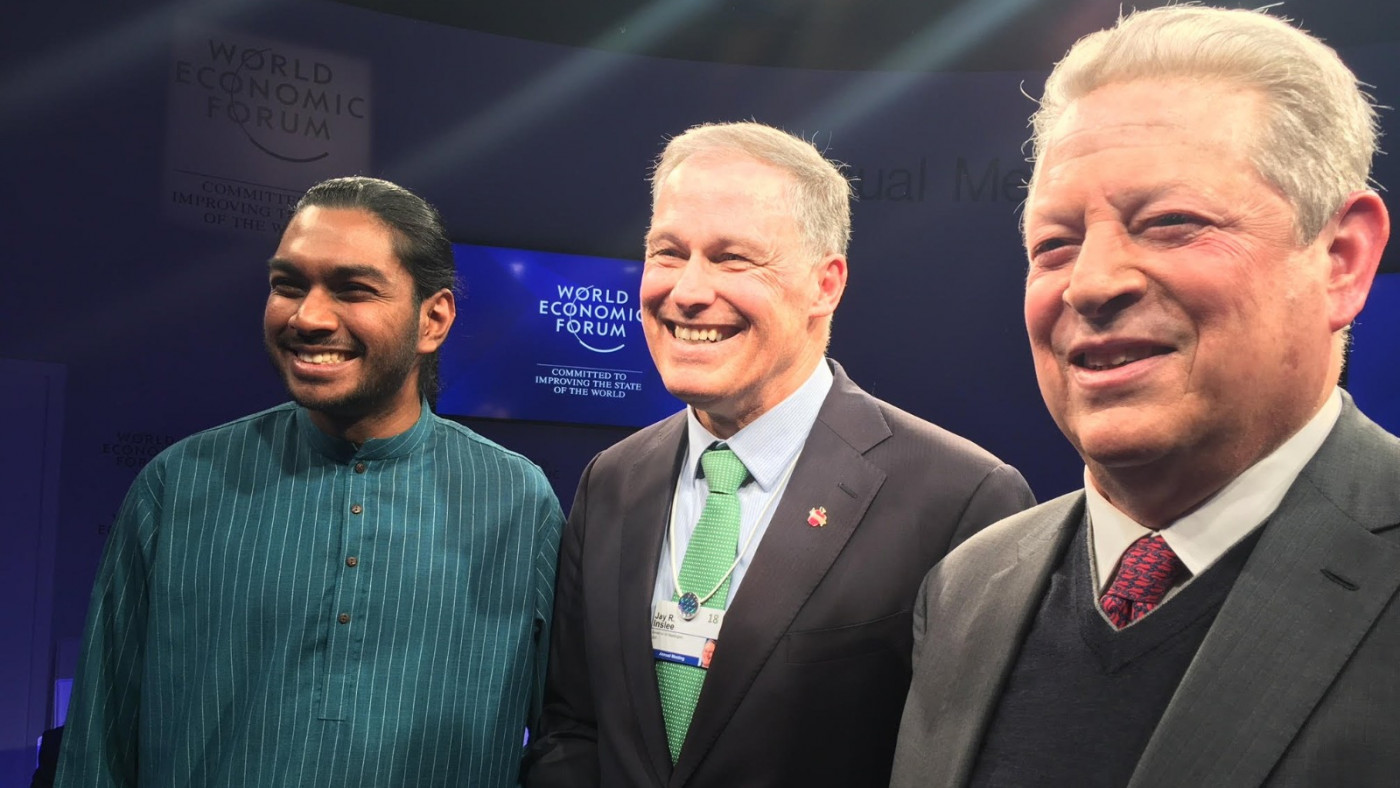 But, “through a real act of serendipity”, in his own words, he found out about this position at ‘Avaaz’, the US-based NGO and a global civic movement with over 50 million members across the world.

Risalat applied at Avaaz and ultimately joined the NGO in 2014, right when he was mobilizing for the People’s Climate March in Dhaka as a volunteer in the wake of the 2015 climate summit.

“I got really excited with the prospect of being able to earn a livelihood by working for an organization that is actively mobilizing and pressuring governments to act on climate change,” Risalat voiced.

Risalat Khan is an activist from Bangladesh who is passionate about addressing climate change, biodiversity loss and other existential challenges. He currently holds the position of Senior Campaigner in Avaaz.

The year after he joined Avaaz, Risalat worked with a team and wider movement partners to collectively mobilise hundreds and thousands of people across 2,000 cities – one of the largest climate marches before the Paris Agreement.

For his work on climate activism, he has been noticed by the World Economic Forum, Global Shapers Community, FutureTalks and other related organizations.

Risalat has been recognized as one of the 25 ‘global shapers’ who are playing significant roles in respective disciplines.

For the past half year, he along with a team, has been working on a report delineating the recovery process from the pandemic. This report would be provided to policy-makers and businessmen through the World Economic Forum. 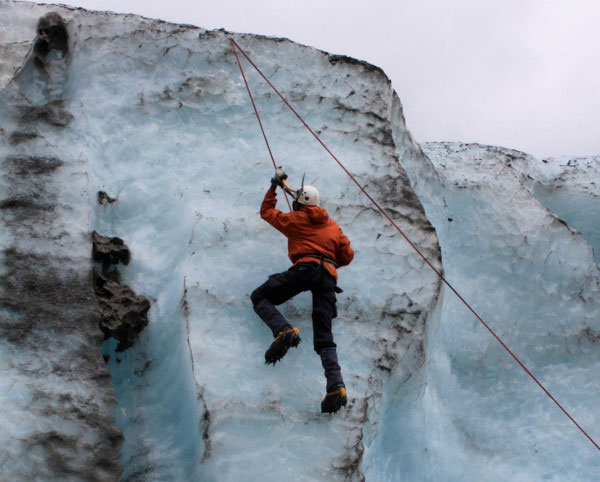 Adding more to that, he has served as one of the climate coleads at Davos Lab Dialogues last year. He took part in a discussion session at the conference where he was accompanied by the former US Vice President Al Gore, Anand Mahindra, Chairman of Mahindra Group of India and Jennifer Morgan, Executive Director of Greenpeace International.

Earlier, Risalat was featured by The Guardian as one of the “young climate campaigners to watch” in 2015.

Since the Paris Agreement, Risalat has led a number of campaigns at Avaaz, rallying millions of young people behind petitions and then channeling their voices to decision-makers on issues ranging from environment and human rights.

One of them was a campaign to stop the Rampal coal plant in Bangladesh, which threatens the Sundarbans World Heritage forest.

Capturing people and places while globetrotting

Other than activism, Risalat loves globetrotting – enjoying both natural and cultural aspects of travelling.

He has been very fortunate to be able to travel to a lot of places either through work, study, or for leisure with friends and family.

Risalat has visited the places ranging from the colourful geothermal fields in New Zealand, to the heart of the Amazon rainforest in Peru, to Kenya to spend time with the Massai Indigenous community and marveling at wildlife in the Maasai Mara and the Arctic where he saw the melting of glaciers first hand.

As part of FutureTalks, an organization focused on climate activism, Risalat Khan travelled to the Arctic. Photo: Courtesy

While roaming, Risalat also loves to capture what he sees – people and wildlife and natural landscapes. Nevertheless, he is cautious about claiming himself as a photographer.

On the contrary, these adventures are not random at all. Rather, they serve a purpose.
For him, these experiences have shaped the way he sees the world. He dived a little deeper into one of his most consequential experiences for the readers. 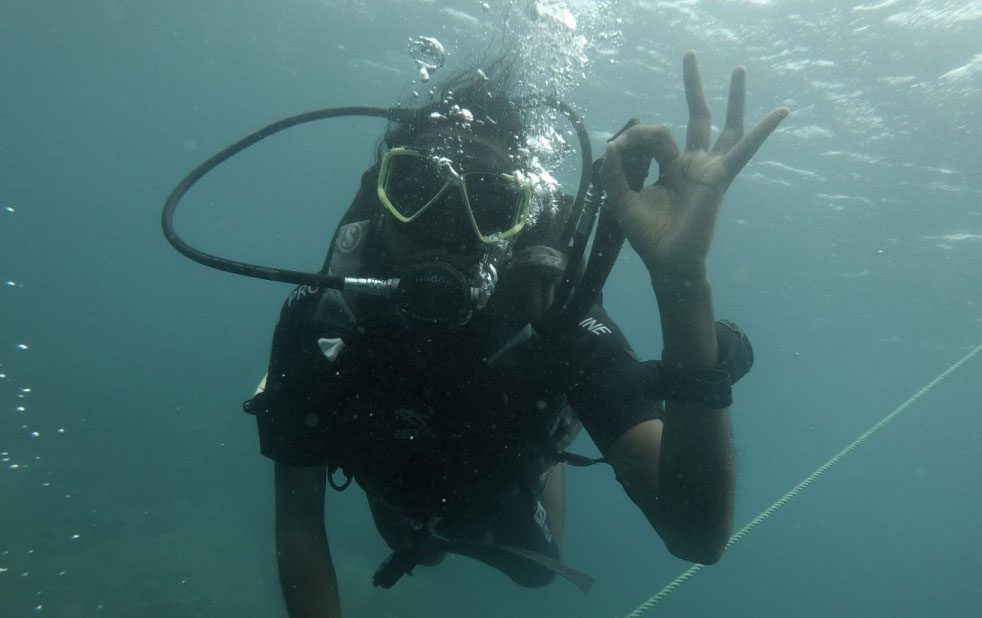 In 2008, Risalat had the opportunity of visiting the Arctic along with an organization called FutureTalks. The goal was to bring about 100 people who were working in different fields, make them aware and spread awareness through them.

“It was really a powerful experience. We got on a ship from Svalbard, Norway, and travelled further North – pretty close to the North Pole. The captain of the ship said that the waters we were going through were inaccessible even a few years ago as it was covered with ice. But we were travelling through the open sea as all the ice had melted,” said Risalat.

He continued, “As we went far up North, we could see melting glaciers all around us. We could see how the local ecosystem had been affected and how the rising sea level has been shaping the world. It was a very powerful experience. This first-hand experience shaped my perspective through which I see the continued impact of the climate crisis.”

Activism as an expression of his worldview

As stated by Risalat, activism is an expression of one’s worldview. Everything he does, whether with Avaaz or voluntary engagement with other organisations, he wants to make the world a better place.

He spends a lot of his time thinking about the future – about the existential risks humanity is up against and our role in rising up to them. 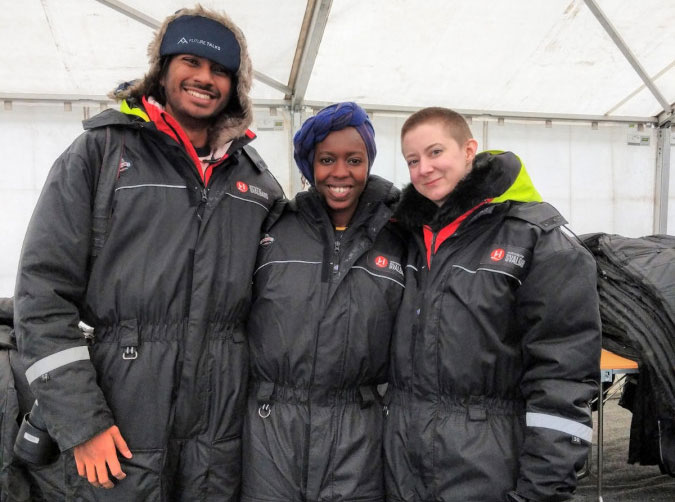 “We are living in an extraordinary time,” Risalat said, adding, “It’s not an exaggeration to say that what we will do in the coming years, each and all of us, will determine the course of human civilization and perhaps all lifeforms on Earth.

“From the climate and ecological crisis, to securing human progress and addressing inequality, to managing the disruption from technologies such as AI – this is the decisive decade.”

Inviting readers to take part, in big or small ways

For the more fortunate ones among us, the Covid-19 pandemic may have given us some time to look up and around, think, reflect and assess.

“What did you see? What changes can you make?” Risalat asked the readers.