Dr Ahmed Mushfiq Mobarak was born in Bangladesh and worked his way up to become a professor of economics at one of the top-ranking universities in the world. He also has several ongoing research projects in Bangladesh, Nepal and Sierra Leone.

In recent times, a young Bangladeshi Yale professor has made recurrent appearances in the Bangladeshi media. He has collaborated with the government of Bangladesh, liaised with many non-government organisations, worked shoulder to shoulder with people to study and tackle the Covid-19 pandemic, and devised policies on several economic issues.

Dr Ahmed Mushfiq Mobarak was born in Bangladesh and worked his way up to become a professor of economics at one of the top-ranking universities in the world.

“I was born in Kakrail in Dhaka but spent much of my childhood at my grandparent’s home at Kalabagan. I went to Sunbeams School for a short period, and then switched to St Joseph School at Mohammadpur,” said the professor while talking about his early life with The Business Standard.

There he attended up to class nine, and then transferred to a boarding school in Tamil Nadu, India. From there, Mobarak flew to the United States for higher studies. Mobarak did his bachelors in mathematics and economics from Macalester College. In an interesting turn of events, Mobarak finished his 4-year bachelor’s degree in three years.

“I got married while studying at the university. The girl I married was senior to me by one year; as she was scheduled to complete her graduation in 1997. I completed mine in three years so we could graduate at the same time and go somewhere together,” Mobarak said.

Mobarak then started his PhD in economics at the University of Maryland. There is an interesting story behind choosing this university, and the department, Mobarak informed. 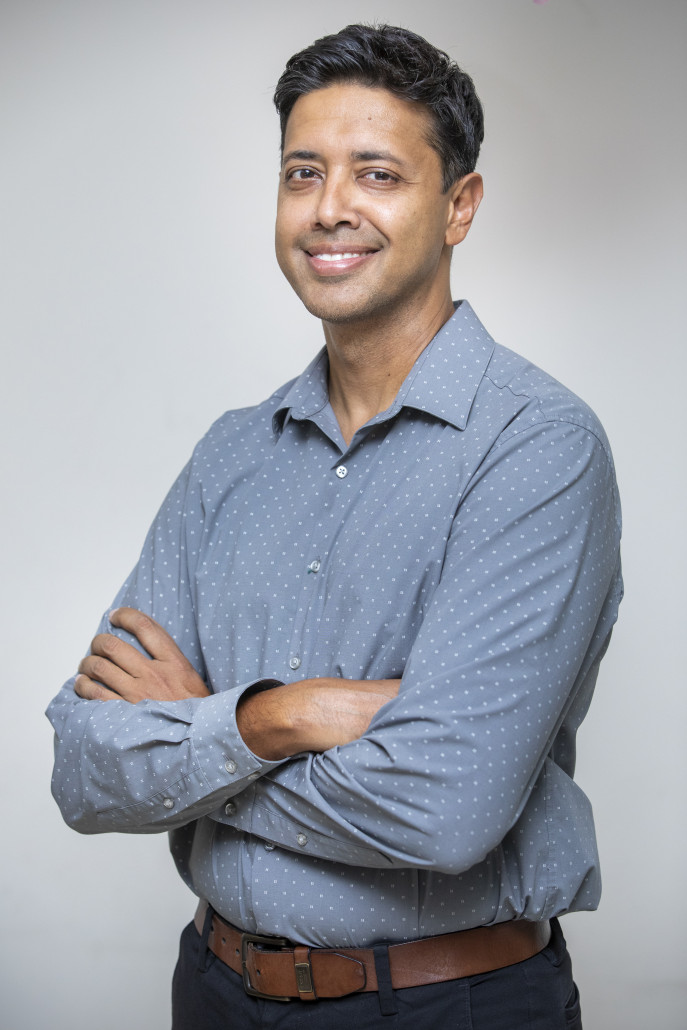 Back in his childhood days in Kalabagan, an economist who worked at the IMF lived next door. Whenever that person returned to the country on vacation, his car would enter the alley where Mobarak and his friends used to play. Mobarak still starkly recalls this as there weren’t many cars in that alley at the time. Besides, his grandmother used to speak highly of that economist: his successful career, his PhD in economics, etc.

This inspired Mobarak to both pursue higher studies in economics and work for the IMF or World Bank. He chose Maryland University because it was located only 30 minutes away from the WB and IMF headquarters, and many of the PhD students got the opportunity to work there because of this.

The plan worked; during the five years of his PhD, Mobarak got a taste of his dream job as he switched between working for IMF and WB. The experience was an eye-opener for him and he realised that IMF is not the right place for him. He wanted more independence and eventually chose academia.

In 2002, Mushfiq Mobarak started teaching at the University of Colorado. Four years later, Yale University invited Mobarak as a visiting Assistant Professor for a semester. Some other universities, UC Berkeley included, also offered him a position, but he decided to permanently join Yale after the semester gig.

Mobarak was promoted to a full professor in 2015. This year marks the young professor’s 15th year at Yale University. The achievement is quite remarkable, and there are only two professors of Bangladeshi origin at this Ivy League university. 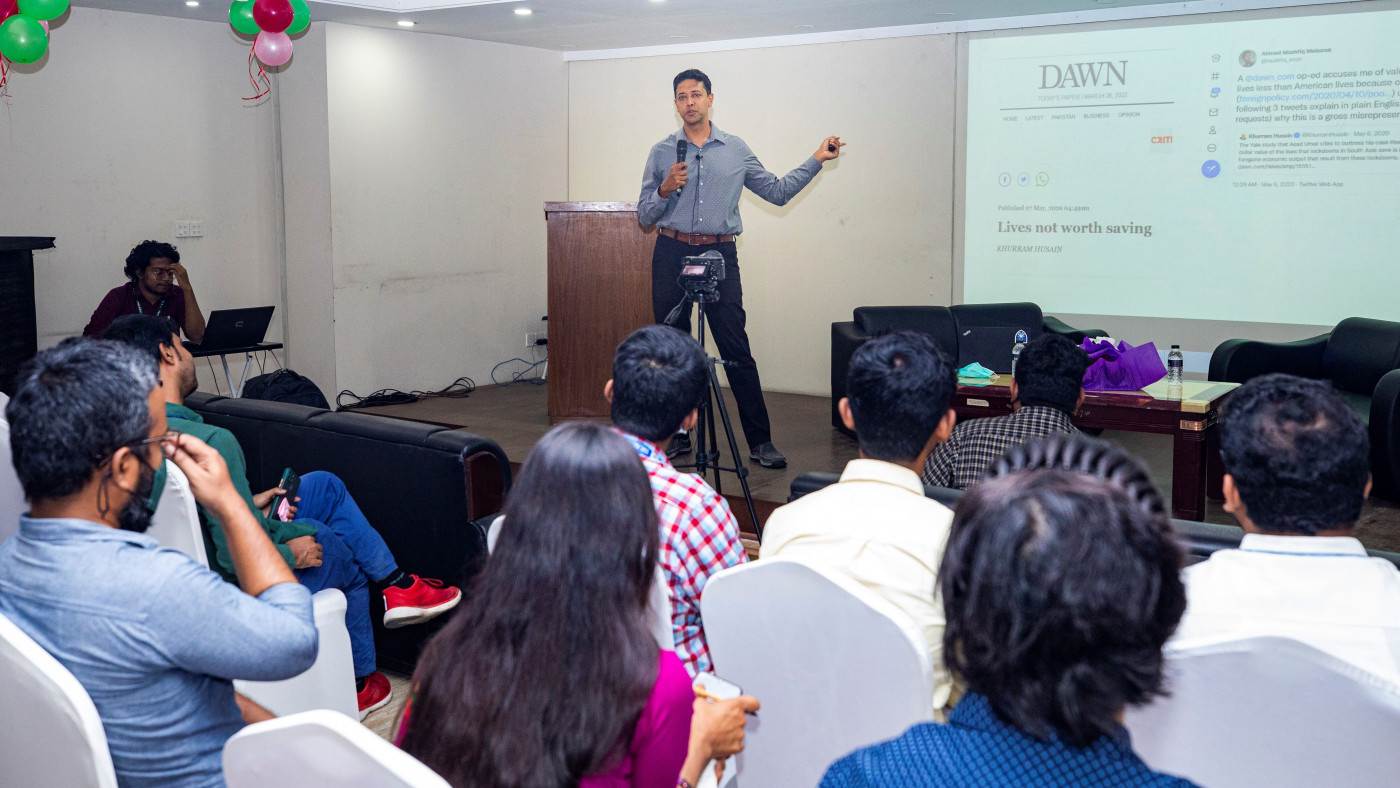 A development economist with interest in environmental issues, Mobarak has several ongoing research projects in Bangladesh, Nepal and Sierra Leone. What’s special about Professor Mobarak’s research projects is that they’re not just designed to collect data and make policy recommendations, rather, these are field experiments aimed at exploring ways to improve the lives of people in developing countries.

Then, he works on scaling up such development interventions. For example, he is currently collaborating with the government of Bangladesh and other local institutions to devise evidence-based Covid response strategies.

“As the pandemic broke out, it affected the developed world at the beginning. So, when it reached the developing countries, the policies adopted there started to resemble those taken in the rich countries. The pandemic is not just a health crisis, it is also an economic crisis. Therefore, our first job was, through economic modelling, to try to understand if the policies should be different in the different socio-economic contexts.”

The epidemiologists were busy studying the virus and its trends, but as an economist, Professor Mobarak concentrated on human behaviour and the situation they were in. Also, he focused on the use of masks among the people of the developing world.

“At first, WHO was not clearly publicising mask guidelines, because there was not enough evidence. So we started research to create evidence, and we chose Bangladesh for the field study. Such large-scale research was only possible in Bangladesh,” Mobarak said.

The study was implemented among 3,50,000 households in Bangladesh, distributing 1.5 million masks in the process. It determined beyond doubt that using masks is very effective in the fight against Covid-19.

“Finally, a huge body of scientific knowledge was distributed to the world from Bangladesh,” the professor added in a content voice. Pandemic intervention is not the first project in Bangladesh that Mushfiq Mobarak led.

His efforts at finding a solution to easing the seasonal poverty, often called monga, in the northern districts of Bangladesh are also remarkable.

In the months of September-November, before the harvest of paddy, many people of this area suffer from seasonal poverty due to a lack of work and food because of income loss.

“What bothers me most is that when children undergo hunger for three months, their physical growth and cognitive development are hampered. This has a profound impact on their long term productivity,” Mobarak explained.

However, he clarifies that the term monga is problematic and does not precisely represent what it really is.

When people are in a desperate situation, they often make bad decisions such as taking high-interest loans and selling cheap labour in advance. This is a poverty trap, Mobarak added.

In order to cope, people from affected areas temporarily migrate to cities and other agro-zones to look for work. They work as construction labourers, farmworkers for different crops, or as rickshaw-pullers.

Between 2007-08, Professor Mobarak noticed that 35% of such poverty-stricken families send migrants to other places. This warranted a question: Why do other families not send their family members?

Mobarak then devised and implemented a plan to give money to such people so they could migrate and find work. The plan worked, and seasonal migrants increased to 60% from 35%. As they found work and earned wages, Mobarak found that the food intake of each member of their families increased by 600 calories per day.

Mobarak then started researching Nepal’s Terai region where similar seasonal migration takes place. But he found that the rate of migration was already high: 70-80%. So he didn’t have to give travel expenses to anyone there. However, the researcher found that the food consumption in the migrant’s family during the migration period remained low.

Mobarak found that it was because many workers migrated to Indian territory, where sending money regularly to their families was not possible. So, the intervention was planned differently than that of Bangladesh.

Under the project, families are given zero-interest loans during the migration period, which they repay in December when their migrant member returns. The rate of loan repayment is high; 85-90% of people are able to repay the loan. As a result, the project is implemented without a high cost.

While conducting such interesting research projects and implementing effective development interventions, Professor Ahmed Mushfiq Mobarak also invests his time and effort to build research infrastructure. He is the founder and faculty director of the Yale Research Initiative on Innovation and Scale (Y-RISE).

Moreover, he is the co-chair of the Urban Services Research Initiative of the Abdul Latif Jameel Poverty Action Lab (J-PAL), which is founded by Nobel Memorial Prize-winning economists Abhijit Banerjee and Esther Duflo.

Professor Mobarak is also a patron of Bangladeshi platforms such as the Youth Policy Forum (YPF). After all, his country of origin does have a lasting impact on his thoughts and his work.

“I can trace a great deal of my research back to things I encountered growing up in Bangladesh,” the Yale professor said in a recent interview with Yale Insights.