Markopolo is a Dhaka-based marketing automation startup targeting SMBs both in local and international markets. Over the past years, we have seen a meteoric rise of digital commerce and digital marketing. For a large number of SMBs, today, marketing mostly means digital marketing. But managing digital marketing remains a costly affair. Managing multiple channels, complex processes, and resource requirements, and ensuring effective results out of digital campaigns remain a major challenge for most businesses.

Markopolo has developed a solution to address challenges SMBs face when it comes to managing their marketing operation. The company’s AI Marketing Assistant takes the information of a business as input and automatically generates ad campaigns, creatives, and copies for placement on multiple platforms such as Facebook, Instagram, Google, etc.

The AI-based digital marketing startup tailors strategy-driven marketing blueprints and recommendations according to a company’s requirements. 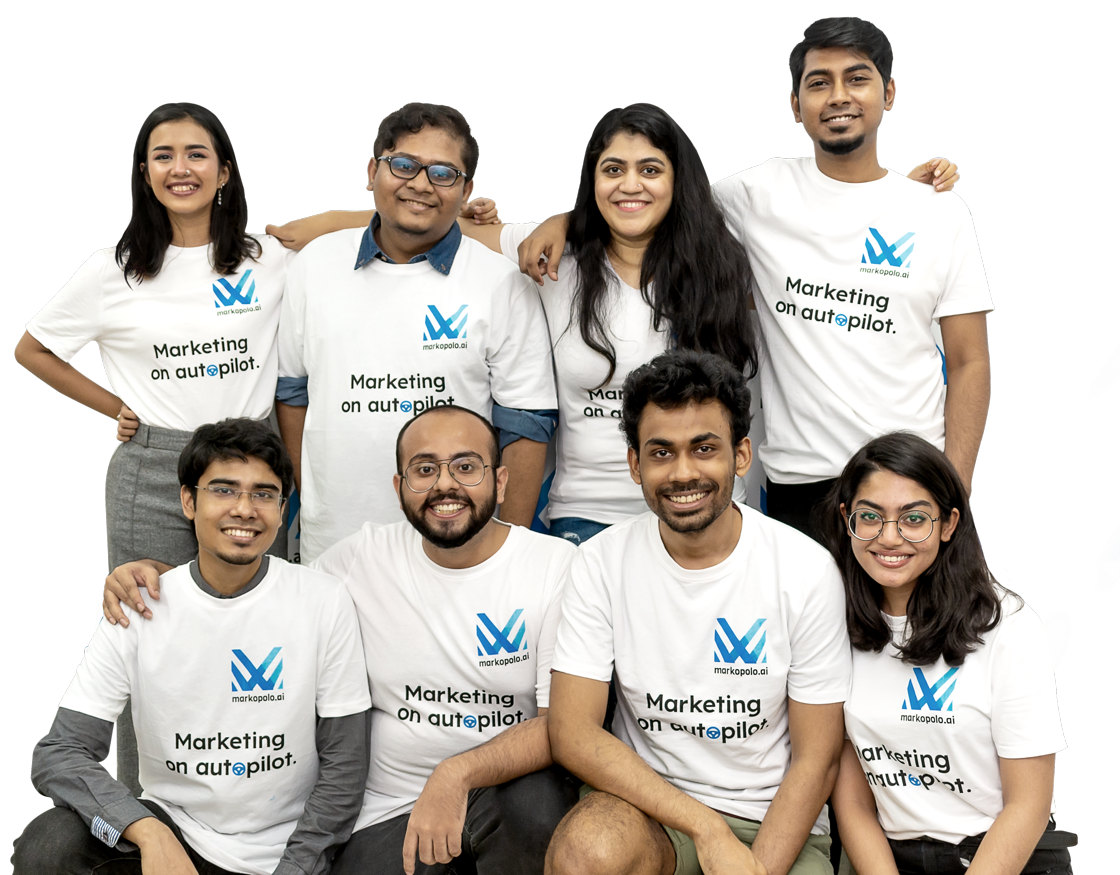 In many ways, Markopolo aims to bring multiple aspects of digital marketing operations such as design, copywriting, analytics, and execution in one place. “All you need to do is focus on your ideas”, says Markopolo CEO Tasfia Tasbin. “Our AI will figure out what your company’s next best marketing move is and do the legwork for you.”

Three co-founders of Markopolo, Tasfia Tasbin, CEO, Mubtaseem Zaman, CTO, Rubaiyat Farhan, COO, have known each other for many years now and have experience of working in relevant fields, which make them an ideal team to tackle the challenge.

Ms. Tasbin, one of the three co-founders of Markopolo, has wide-ranging experience both working in large tech companies and early-stage startups and says she is deeply passionate about marketing and has been helping SMBEs with marketing for a while now.

Apart from acting as a consultant for several Government projects, Ms.Tasbin has worked at Gaze Technology, a visual AI startup, in various capacities. “I began my career as an IoT creator at DataSoft Systems Bangladesh Limited. 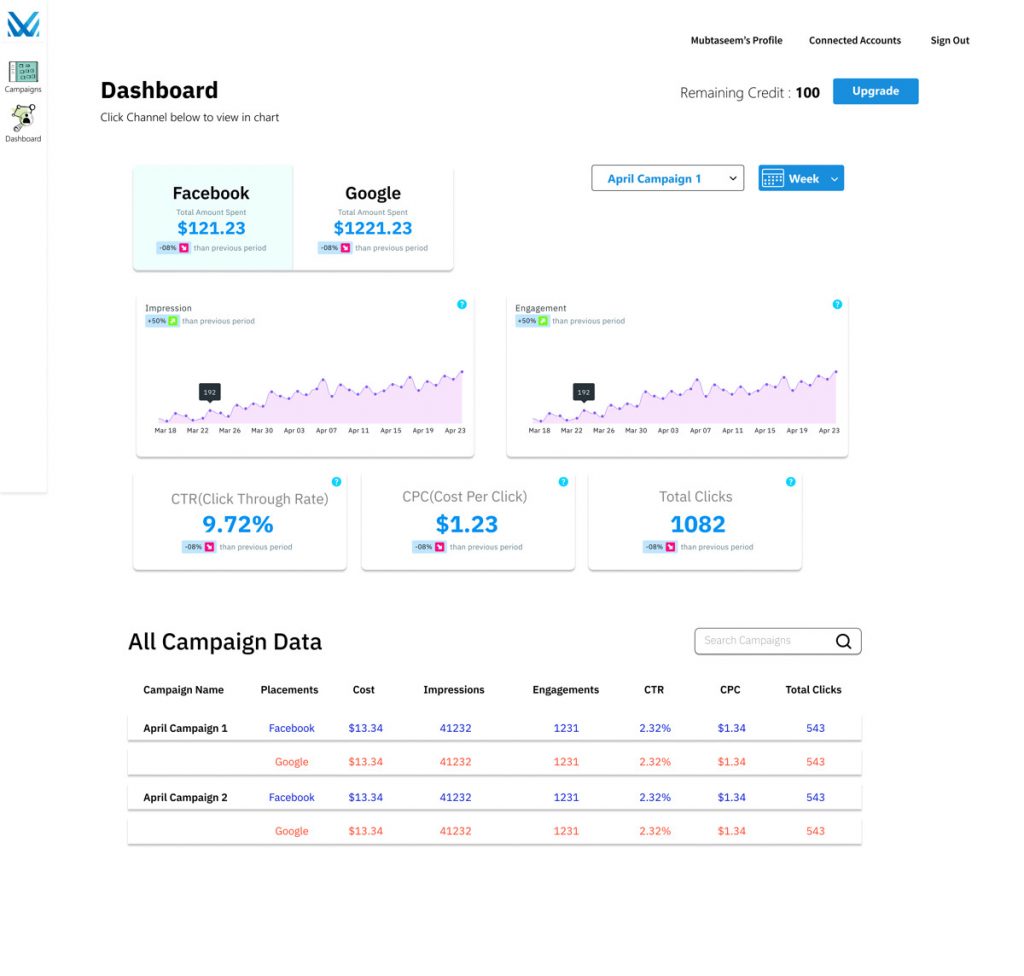 However, I didn’t feel empowered by technology alone. Rather I aspired to build a bridge between technology and management. To that end, I began working as a digital marketing consultant for small retail businesses and early-age startups.  When Covid-19 struck, almost every small business (SMB) I consulted with was affected.

I helped them as much as I could to survive the pandemic by strategizing their digital marketing. After that, while working on a project with Rubaiyat and Zaman, we started to hover about the prospect and possibilities of scaling this service” she adds.

“Markopolo is not my first company, says Rubayat Farhan, the COO of Markopolo.ai. “After completing my undergrad, I became the CEO of TiGrow, a global SaaS startup. While I’m a salesman at heart, I taught myself product and project management, as well as coding skills, in order to contribute to the tech team. Zaman is my cousin and I’ve known Tasfia for quite some time. We first met during our university years, when we were both competing for the Hult Prize, and have remained in touch ever since. Zaman worked as a Software Developer at ZeitDice Inc, a Canadian Company. Zaman returned to the country about one and half years ago. While we explored the feasibility of our venture, Zaman decided to stay back in Bangladesh. From then on, there was no looking back” he added.

The market research concluded that digital marketing is often cumbersome and overbearing. Managing numerous social media and marketing platforms, developing strategies, creating the right content, and distributing them properly require a lot of time and resources. Moreover, different social media and marketing platforms come with their unique functionalities and algorithms which makes managing them a demanding learning experience. Most SMBs have limited marketing knowledge. To tackle these challenges, the business owners either spend bucks on marketing ads based on gut instincts or hire digital agencies to curate content for them. 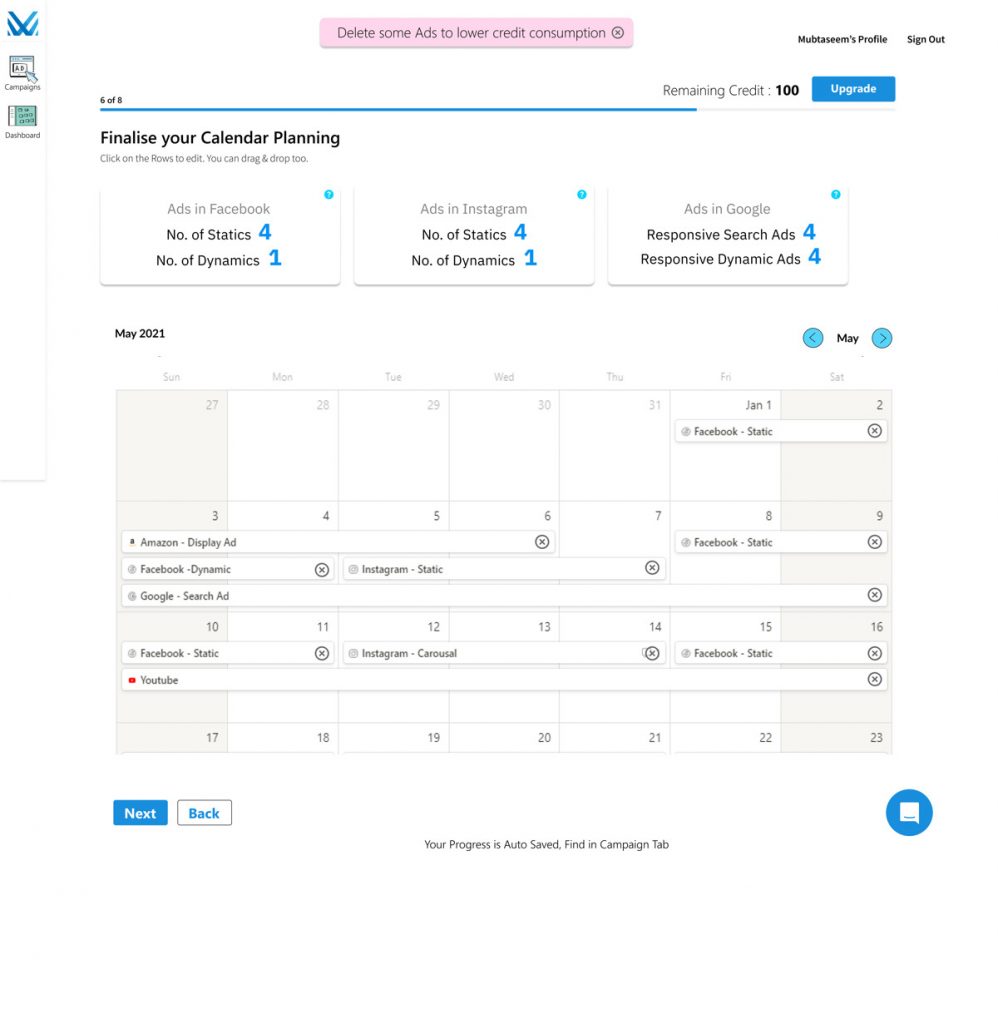 The latter is more expensive, and the quality of services varies between marketers and agencies. The interaction is often sluggish and open-ended, resulting in a mismatch of preferences between consumers and agencies. Because of a lack of accountability from agencies, consumers do not feel in charge of their digital ads, which is the final nail in the coffin.

Building the product and finding the early users

In October 2020, the Markopolo team began to delve deeper into the advertising industry. “We approached ad agencies like Magnito, Analyzen, and various types of businesses (ecommerce, startups, SMB, and so on) in order to better understand the user experience and pain points in the industry. We provided them with data analytics services (DaaS), and they were all enthused. We shifted user experience to Notion, calendar, and Google form, which you could call our first product. Next, we began working on an in-house ad optimization tool that conducts A/B research, budget allocation across various platforms (Facebook and Google), and ad spending reduction. We included it in our alpha release” says Rubaiyat.

In the next stage, they developed a buyer persona for their first beta edition, and started interviewing customers from various demographics, such as different countries and different clusters of agency customers.

“We ran A/B tests on our website landing page, used Google Advertising to drive traffic to it, and Hotjar to determine visitors’ interests in the page. In the first month, we handpicked 5 paying customers and began serving them with our rough prototype created with Google Forms and Notion. We delivered the Alpha version of the software to them in the second month. At long last, we launched our Beta version” adds Rubaiyat. At the time of this interview in April 2021, Markopolo team was preparing to significantly grow beta users and publicly launch a beta version. 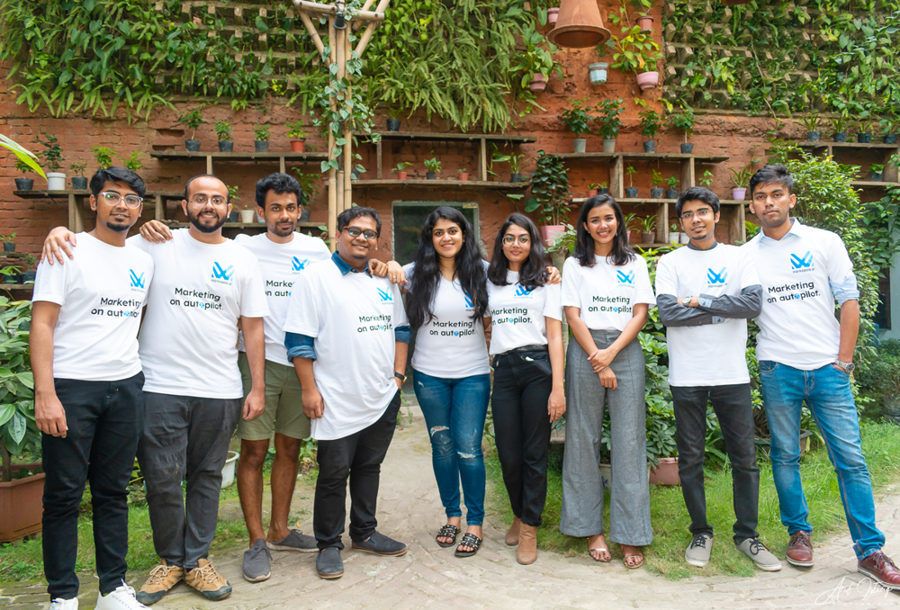 The company says it has gained an excellent response from the market. The company credits Google Ads campaign and cold mail promotions for the early user growth. “We’ve crossed the border into India, Indonesia, North America, Canada, France, the United Kingdom, and Turkey, among other countries. In reality, Indonesia is our largest customer base. Our goal is to partner up with small vendor businesses worldwide such as Amazon FBA and Shopify owners” says Ms. Tasbin.

Markopolo uses the Freemium model. During onboarding, each user gets 300 credits to be used in the platform, which means a user can use the platform without any subscription. The company currently offers three subscription tiers: free, basic, and advance. It offers a customer enterprise for big businesses. Each tier comes with both Credits as well as added benefits and perks.

Currently, there are over 4000 companies on their waiting list. The company has taken a strategic approach to increase its visibility on the Internet. Alongside targeting competitors through Google ads, they also concentrated on SEO-based content marketing by publishing at least four blogs every month. “While in college, Zaman founded an advertisement startup for Toronto’s dying brick-and-mortar stores. While that startup did not take off, he has maintained a close relationship with the small businesses in Downtown Toronto ever since. So, Zaman consulted with the community leaders in order for them to spread the word about our venture to small businesses in North America” says Rubaiyat.

The product has since evolved. Using Markopolo, a user now can plan campaigns, generate creatives, generate captions and copy — a feature powered by GPT-3, automate ads and receive actionable insights.

The founders onboarded marketing veteran Kazi Monirul Kabir as an advisor. He is the founder of Spider Digital Innovation, the country director of Httppool, and has previously worked for Google, BAT, and Telenor, among others. Besides, they scheduled meetings with other industry experts to discuss their concept.

The initial operation was funded by the founders. Once they built an early version of the product, they went on to onboard founders. Raising money was difficult for the team because they had enough industry contacts. The growth factor, scalability potential, and team strength provided them with credibility in the eyes of investors.

“We’re backed by a few Angels, including Mohammad Maaz (previously backed startups such as Gaze and Loop), Abraham Khan (a Lincoln’s Inn barrister), and Dekko Isho Group. So far, a total of $200,000 has been raised” comments Tasfia.

“We expect to launch our product this month, following an expansion in North America that will directly target Amazon FBA and Shopify owners.”

SaaS is being adopted by a growing number of businesses since it gives them access to a much larger IT infrastructure, allowing for greater inter-app integration and accomplishing more with fewer resources. This has a major impact on SMB efficiency and productivity.

“Through our A/B testing, we’ve come to realize that developing markets are quite reluctant to adopt SaaS in comparison to developed markets.  So, in order to succeed, we have to demonstrate that Markopolo is more efficient and cost-effective when compared to traditional digital marketing services,” says Rubaiyat.

“The second lesson that we learnt would be the significance of community leaders as advocates of your company. If it wasn’t for Zaman’s acquaintances with the community leaders in Toronto’s SMB scene, maybe we couldn’t have tapped that market so well.”

In Bangladesh, advertising agencies are often biased towards big-budget companies. SMBs are not given the attention they need.  For them, when they collaborate with agencies, the user experience deteriorates gradually. As Rubaiyat mentions “SMBs in Bangladesh shift agencies at least four times a year. The results have been nearly the same for SMBs in Europe.”

These market insights have helped the Markopolo team build a product that works. “The most important lesson I have learned is: talk to your customers,” says Ms. Tasbin. “We have followed this mantra to the extreme. We have taken a product development approach where we are talking with our customers every day. I have seen many founders make this mistake where they build products based on their hypothesis without directly testing them in the market, which often leads to costly mistakes. We have worked hard to avoid them.”

The founders’ prior experience in startups has significantly influenced their entrepreneurial approach. “We experienced user bias when working at TiGrow. As a result, our business research was flawed and we had to pivot multiple times. I learned from that experience. Says Mr. Rubaiyat. “So, when conducting market analysis for Markopolo, I made sure I was extra careful this time”.

According to Forbes, marketing and sales prioritize AI and machine learning more than any other department in businesses today (40 percent). During the second quarter of 2019, startups using artificial intelligence raised more than $7.4 billion in funding.

Marketing automation has gained attention over the past years. There are several players in space. There are players like Canva, Buffer, and similar players who are offering solutions to some aspects of digital marketing such as design and social media management. There are companies that provide complete automation solutions like Markopolo. However, Markopolo says, the company has developed a unique product and is superior and easy to use than other alternatives in the market. The company is gearing up for a public beta launch, which means we will be able to see the real market response once the company launches to the public.