American tech giant Intel on Tuesday announced its board has elected with immediate effect a new chairman who had grown up in Bangladesh.

Omar Ishrak joined the Santa Clara, California-based company’s board as an independent director in March 2017. Board chairpersons typically serve a maximum of two to three years.

The 64-year-old replaces Andy Bryant, an Intel veteran whose career at the American chip maker spanned well over three decades serving in a variety of senior executive roles.

Bryant, who started as board chairman in in May 2012, told the board last March he wouldn’t run for re-election in 2020.

“I have full confidence in Omar leading the board, which is fortunate to have his expertise at leading an innovative, global company,” said Bryant, who will step down in May.

Ishrak comes at a time when the chip maker is trying to resolve supply shortages and protect its dominant market position from growing competition by rival Advanced Micro Devices Inc.

Intel has been facing some pressure and lagged behind its peers in recent times. Shares of Intel rose 29 per cent over the past 12 months while the semiconductor ETF, SMH, jumped 66 per cent in the same time period.

“I look forward to serving as independent chairman of the board of directors of Intel, a global technology company that has changed the world,” Ishrak said.

He is concurrently serving as the chairman and chief executive officer of Medtronic, a medical technology company headquartered in the US, since June 2011.

He will remain as Medtronic’s chairman of the board and CEO through April 26, when the company’s financial year wraps up. On April 27 he will transition into the role of executive chairman of Medtronic.

Ishrak will remain an employee of Medtronic and will focus on special projects and initiatives in the areas of product innovation, value-based health care, and emerging market healthcare development. In this role, he will remain active in representing Medtronic in the APAC region, including India and Bangladesh.

“In both capacities, I look forward to continued active engagement in the Asia Pacific region,” the Bangladeshi-American added. 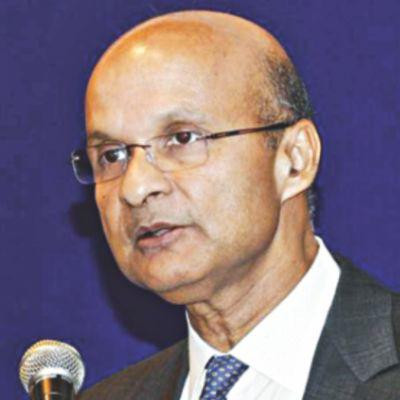 Ishrak joined Medtronic from General Electric Company, where he spent 16 years, most recently as president and CEO of GE Healthcare Systems, a $12 billion division of GE Healthcare.

He also served as an officer and a senior vice-president of GE.

He earned a Bachelor of Science degree and PhD in electrical engineering from the University of London, King’s College.

Ishrak is also a member of the Board of Trustees of Asia Society, an educational organisation promoting mutual understanding and strengthening partnerships among peoples, leaders and institutions of Asia and the US.

The US embassy in Dhaka congratulated Ishrak on his new role.

“Congratulations to the new Chairman of Intel Dr. Omar Ishrak. We are proud to see a Bangladeshi-American lead one of the world’s most innovative companies, and hope his appointment will further strengthen ties between the people of the United States and Bangladesh,” it posted on its official Facebook page last night.

Founded in 1968, Intel is the world’s second largest and second highest valued semiconductor chip manufacturer based on revenue after being overtaken by Samsung Electronics, and is the inventor of the x86 series of microprocessors, the processors found in most personal computers (PCs).

Intel, which also announced Square Inc. seller lead Alyssa Henry as an independent director, ranked No. 46 in the 2018 Fortune 500 list of the largest US corporations by total revenue.