How a Bangladeshi biscuit brand became a cult hit in India

It all started, as many things do in these ennui-filled days, with a tweet. “These biscuits are really addictive,” the tweet said, accompanied by an image of a bright red packet labelled “Pran Potata Spicy Biscuit” in a cute cursive font. Suddenly, as often happens, I started seeing that packet everywhere—random tweets on my Twitter timeline talking about how these biscuits have been the find of the lockdown, Instagram posts and stories that came up while scrolling mindlessly, and an enthusiastic discussion on a hyperactive WhatsApp group about the best way of sourcing these made-in-Bangladesh biscuits that are suddenly everywhere—and I don’t just mean social media.

While orders were immediately placed on Amazon, one of the members of the said group found a stash in his neighbourhood grocery store and soon, packets of Potata were being dispatched across Bengaluru via Dunzo. “I just inhaled an entire packet,” someone reported back in a few hours. My own haul arrived the next day, and tearing a packet apart, I was initially afraid of disappointment.

Reader, it lived up to every word of the hype. Packed closely together in a neat row of perfectly round, perfectly golden discs, the “biscuits”—they contain a substantial amount of potato solids and are technically a biscuit-chip hybrid—were wafer thin, small enough to be crunched up in one go (which is good because you find yourself reaching for another even as you are eating one). 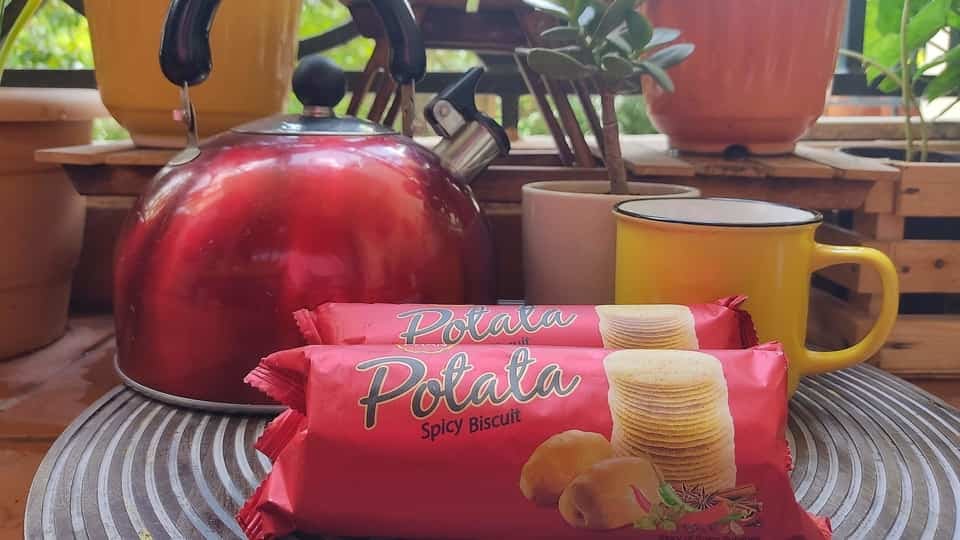 “It’s extremely versatile as well. I have had it with various dips and as a base for toppings like cheese and a spicy potato curry—it tastes brilliant,” says Rahul Jadhav, a Mumbai-based content creator whose tweet first brought Potata to many of our Twitter timelines. He says he first heard of it on Twitter as well, with some other people raving about it—as far back as 2019, a Twitter handle jointly run by Rocky Singh and Mayur Sharma, hosts of the popular food show Highway On My Plate, had tweeted about it.

It’s a mystery why certain packaged food items become a cult hit. Why is Maggi more popular than any other instant noodle brand in India? Lemony candies were a thing long before Pulse candy launched—and yet Pulse gained the kind of popularity most brands only dream of in an overcrowded market. The same could be said of Coca-Cola, or Amul Butter, or Haldiram’s Aloo Bhujia. They probably hit some sweet spot of nostalgia-meets-novelty, and these biscuits from Bangladeshi consumer goods company Pran had somehow found that spot.

Initially available mainly in the North-East and West Bengal, Pran’s products first started becoming popular in this region a decade ago — especially their rusk biscuits, packaged jhal muri (spicy puffed rice), instant noodles and packaged juices. Potata is probably the first product from the company that has achieved pan-India, cult-level popularity, though, and is available in most markets—from Jaipur in the west to Mangaluru in the south. It is now part of a distribution network that criss-crosses India, says Ahsan Khan Chowdhury, chairman and CEO of the Pran-RFL Group, the parent company that owns the brand and is involved in everything from agri-processing and farm machinery manufacture to selling stationery and toys. 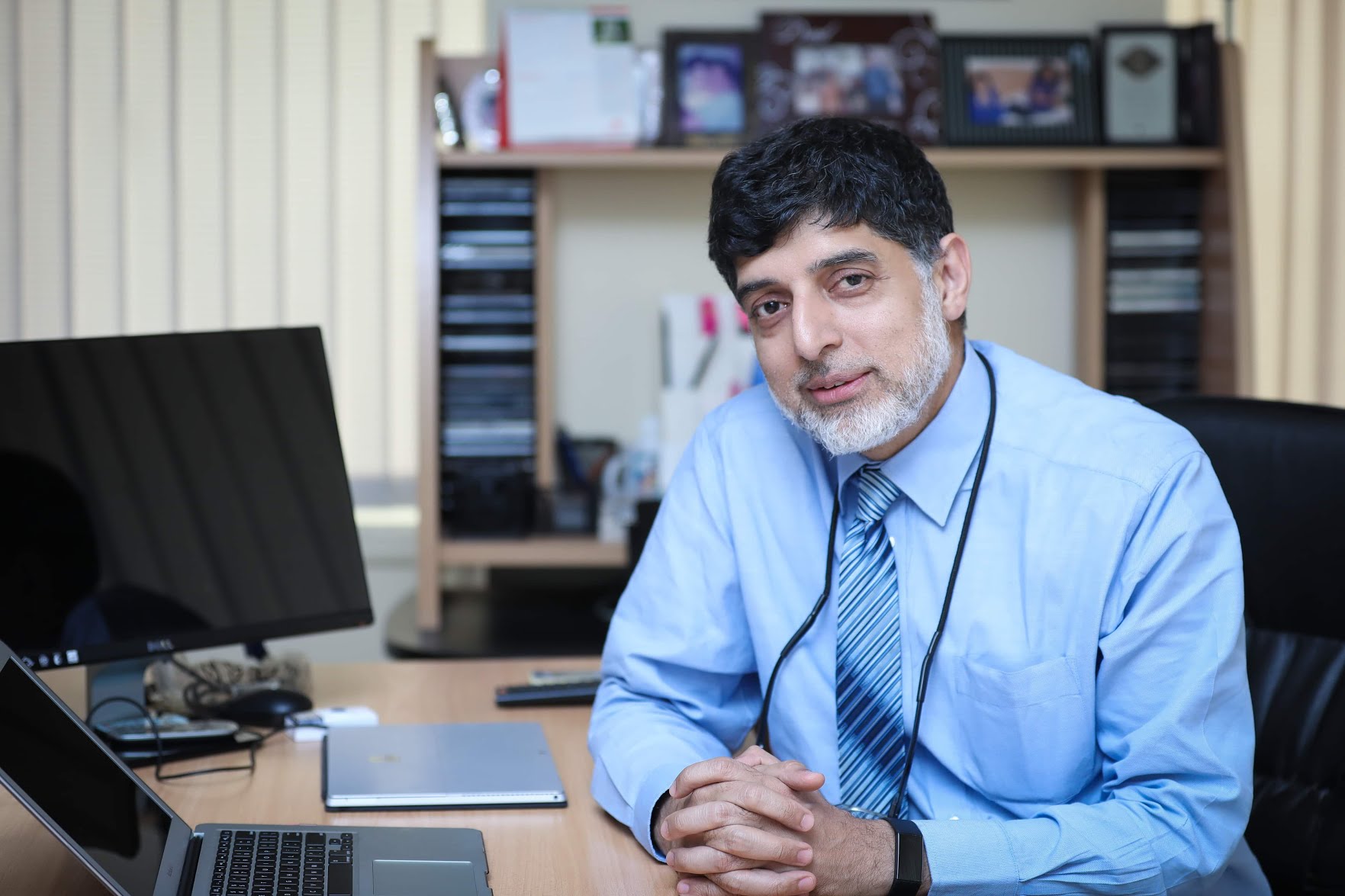 “So you are Bangladesh’s Reliance?” I ask Chowdhury during a Zoom call. He laughs. “No, no, madam, compared to big Indian companies like that we are very small,” he says. Not quite true—the company employs over 100,000 people, exports to a staggering 145 countries, and its export revenue alone in 2019-20 was over Taka 110 crore (around ₹92.8 crore).

“India is a huge market for us. We want to be present in 700 taluks of India and we look at corporate India for inspiration. How to become more structured, how to run a company more professionally…. Just now, I finished a call with our distributors in Jharkhand, and before that I was talking to someone in Africa. Our desire is to become a global company. Borders are meaningless,” says Chowdhury. In 2015, the company set up its first factory in India—in Agartala, Tripura.

Pran-RFL, of which Pran Foods is a subsidiary, was started by Chowdhury’s father in 1981, a decade after Bangladesh achieved independence. A retired major general in the Bangladesh army, Amjad Khan Chowdhury had a strong patriotic streak, says his son—he wanted to see the young nation become economically strong and free of poverty, and empowering its farmers through agribusinesses was his vision. The younger Chowdhury, a graduate of Wartburg College in Iowa, US, joined the company when he was 21 and has been responsible for making it more consumer-facing and innovative.

He is good at trying new things and replicating them in his factories. “When I travel in the south (of India), I see companies like MTR making ready-to-eat upma and idli mix, when I travel by Indigo Airlines, I see their upma and dal-chawal where you add hot water (to the container) and it’s a full meal, and I think ‘how can we make something like this?’” says Chowdhury.

Potata, he says after some prodding, was inspired by a snack he had while travelling in China—a biscuit that tasted like a potato wafer. Back in Bangladesh, he asked his food scientists to reverse-engineer it, adding potato flakes, potato paste and tapioca starch along with other flavours and flavour enhancers to wheat flour to make the crispy wafer-thin biscuits that look like evenly sliced potato chips.

Chowdhury knows he is getting into territory dominated by consumer goods giants like Britannia and ITC in India but he doesn’t seem daunted. “They are big. I have so much to learn from them—and not just them but Indian companies like Paper Boat. But India is a big enough country and I want Potata biscuit to be available from Kashmir to Kanyakumari,” says Chowdhury.