Walton, the most renowned electronics manufacturer brand in Bangladesh, with products like Fridge, Television, AC Fan, Light Automatic Stove to Kitchen Gadget in their portfolio. The Bangladeshi electric giant also exports the products it manufactures after meeting the demand of the country. Currently, Walton holds more than 75% of the total refrigerator market share in Bangladesh. In 2020, Walton Hi-Tech Industries Limited launched its IPO in the Stock Market after being enlisted on the Dhaka and Chittagong Stock Exchange. Since then, the company has become one of the top listed companies in terms of market cap in the stock market of Bangladesh. With their quality product, design and competitive pricing Walton has managed to create a customer base within the country and abroad. Walton’s products are currently being exported to more than 40 countries around the world, and the company employs more than 30,000 people.

The founder of Walton Group, the late Alhaj SM Nazrul Islam, was born in 1929 in an well established Muslim family in Tangail district. From a very young age, he was an honest, fair and independent man. In 1977, he left his family business and started his own venture. Later his two eldest sons SM Nurul Alam Rijvi and SM Shamsul Alam joined him in the business. Walton expanded its operation in Dhaka as his third and fourth son, SM Ashraful Alam and SM Mahbubul Alam joined in 1991 and 1992 respectively. By 1996, Walton expanded its operation to Chattogram, with the help of his fifth son SM Rezaul Alam. A year later, in 1997, Walton also made their entrance into the Electronic business.

In 2007, Walton set up its own production plant in Gazipur to manufacture TVs, refrigerators, ACs and motorbikes. After successful trial production Walton Hi-Tech Industries Ltd., one of the top companies in the Walton Group, started its commercial production and sales activities next year.

Golam Murshed joined Walton in 2010 as an Assistant Engineer, who later became the Managing Director of Walton Hi-Tech Industries Limited. Walton entered the digital device market in 2010 with the launch of mobile phones. By 2011, the company began manufacturing, selling, and exporting air conditioners, televisions, and home appliances.

With SM Manjurul Alam Ovee joining the group in 2012, several others of Waltons third generation joined as well. With their contribution, Bangladesh’s electronics and technology sector has seen tremendous growth. Walton won the Best Brand Award 2011, Walton Television secured the second position in the brand ranking. 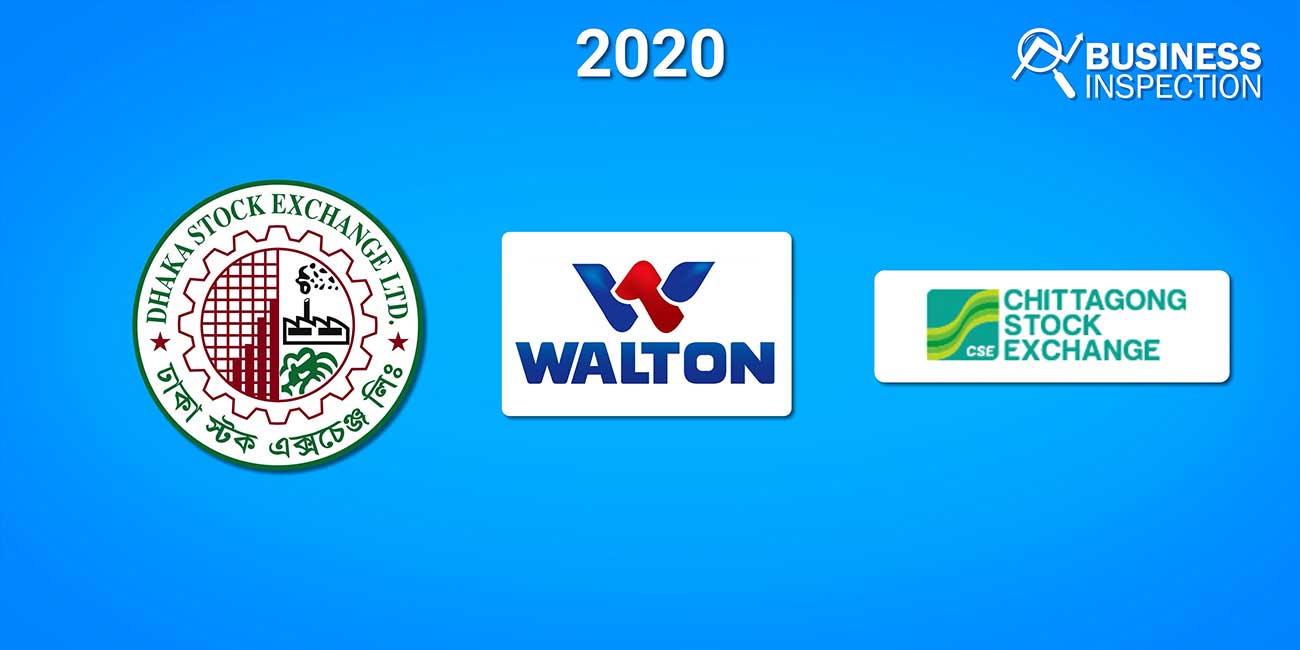 In 2013, they established Walton Micro-Tech Corporation, a television manufacturing plant. In the 2013-14 fiscal year, the company’s profit reached BDT 314 crore. In 2014, the company set up another manufacturing plant for their kitchen appliance. In the 2014-15 Fiscal year, their profit also increased to Tk 502 crore. In 2015, the company owned about 60% of the local refrigerator market and 30% of the total television market. In that year, Walton’s annual production has grown to 1.4 million refrigerators, 1 million televisions, 300,000 motorcycles, and 300,000 air conditioners. 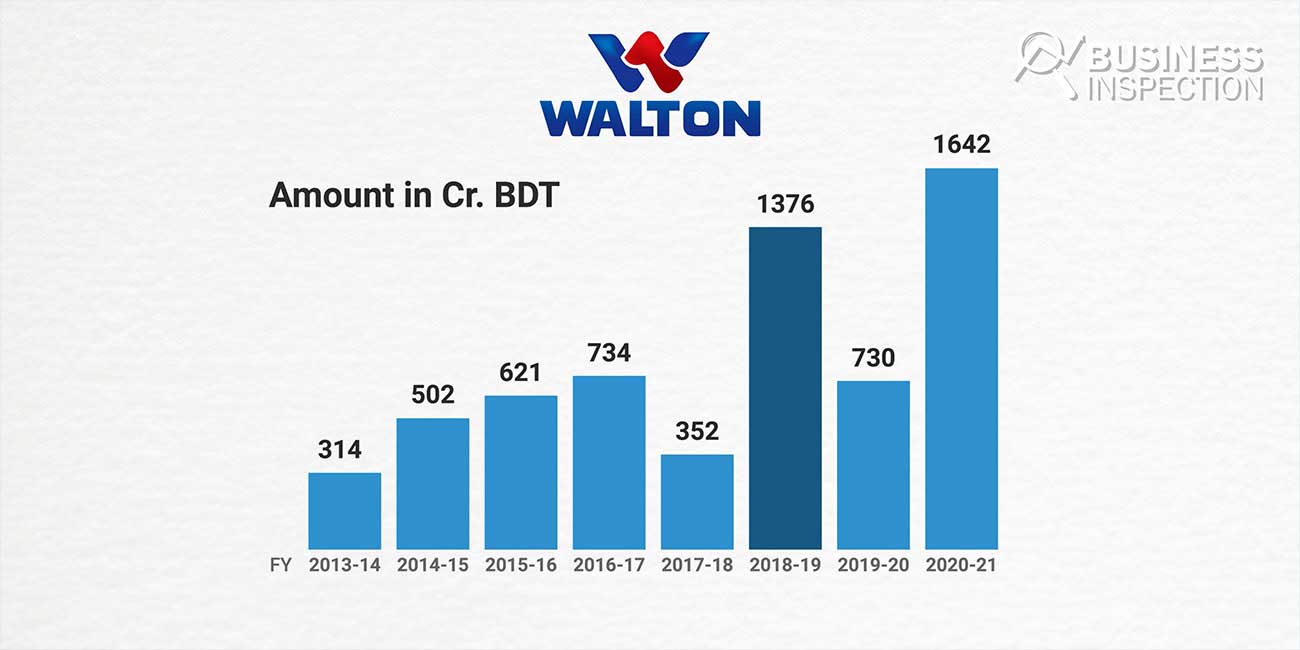 In April of that year, the only compressor manufacturing unit in Bangladesh was established at Walton Industrial Park in Chandra. In the same month, the Walton Compressor unit received an order for 400,000 casting parts from a German based company. In addition, Walton set up a mobile handset manufacturing plant at Chandra in Gazipur in October.

Which is capable of manufacturing 3 million handsets per year. That year, the company sold more than 1,200,000 units of smartphones and more than 4,100,000 units of feature phones in the local market. However, in the 2017-2018 fiscal year, the company’s profit went into the downhill that reached BDT352 crore which is almost half of it’s previous fiscal year’s profit.

In 2018, Walton started manufacturing computers, laptops and ICT products inside the country. The company was honored with the National Environment Award and the Excellence in Export Award from HSBC in the same year. In that year Walton became the first local phone manufacturer and distributor in Bangladesh in terms of export and fulfilling local demand.

Until then, Walton’s average production capacity of smartphone and feature phone reached around 800,000 and 2,000,000 units respectively. In the beginning, Walton’s phone gained a lot of popularity as the company was providing phones of relatively higher specification and exclusive design at a reasonable prices.

In 2018, Walton sold 2,000,000 refrigerators. The company was also able to generate strong sales for other products, which increased the company’s profit to BDT 1376 crore in FY 2018-19. Walton’s factory currently produces 3,500,000 units of refrigerators and freezers per year. In 2019, Walton made an agreement with Hyundai Electronics. 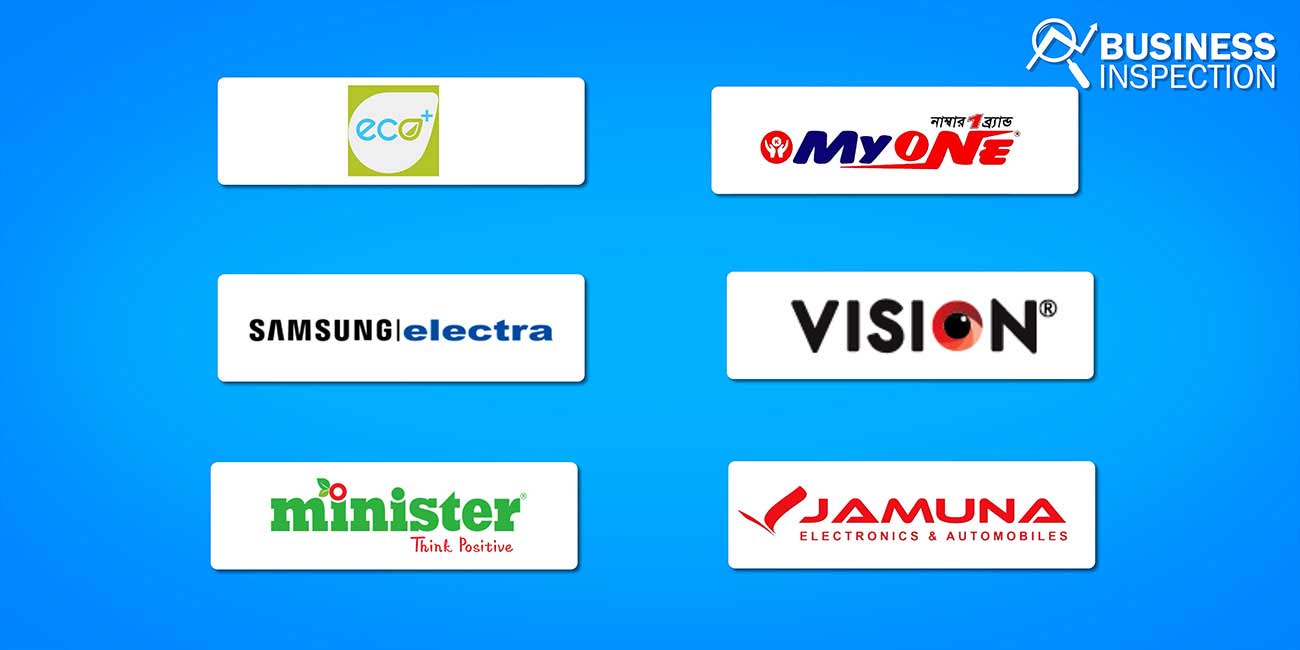 Where Walton will supply 100,000 units of refrigerators and 20,000 residential air-conditioners.

Before the launch of Walton, brands like Singer, Konka, TCL were offering electronic products in Bangladesh at affordable prices. However, Walton quickly established itself in this market through their high quality products with affordable Pricing. Now, several other competitor brands like Eco Plus, MyOne, Electra, Vision, Minister and Jamuna Electronics have come to the market, but Walton is strongly holding its leading position in the market.

In 2020, Walton established Bangladesh’s first lift manufacturing plant at Chandra in Gazipur by investing 50 crore BDT. In November of the same year, the company started to export its washing machines to India. Walton Hitech Industries Limited started its journey in the stock market by being listed on the Dhaka Stock Exchange that year. Walton has raised 100 crore BDT from the market for expanding its business and repaying the bank loan by issuing only 0.97% shares.

In addition to Walton’s marketing network, they own more than 400 showrooms across the country. Besides, Walton’s products are being sold in more than 17 thousand outlets across the country. In addition, the company has more than 76 service points across the country to provide after-sales service to the customers. ‘Walton Service Management System’ is the only ISO-certified service center in Bangladesh. More than two and a half thousand engineers and technicians are providing their services to these service centers. Walton is making environment-friendly products through its innovation and technological progress. The whole manufacturing process uses CFC-free gas, and even refrigerators and air conditioners are also made with eco-friendly materials. Just like product design and development, Walton’s Research and Development team is conducting research to make eco-friendly product packaging and manufacturing as well. 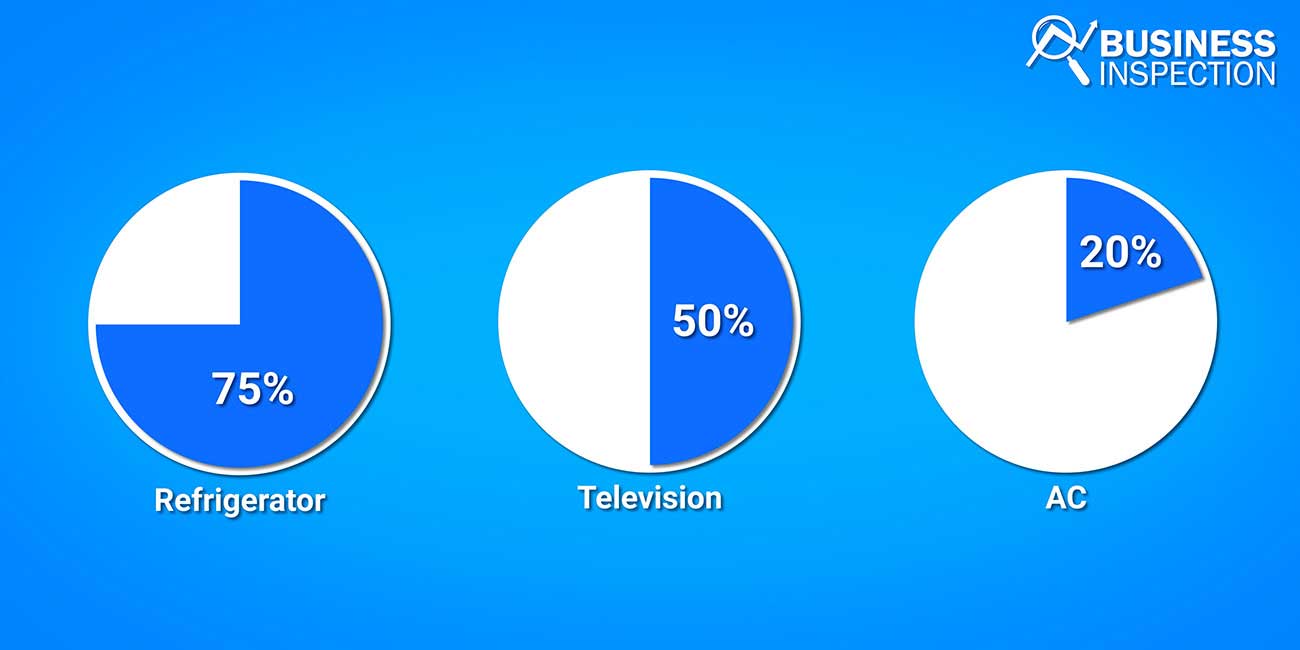 The company currently has more than 30 thousand employees. Walton also has a 75% market share in refrigerators, 50% in televisions, and 20% in AC. Currently, this company is exporting its product to forty countries around the world. Walton Home Appliances currently has a total of 377 models, with a production capacity of 2.7 million units.

According to a report by the Dhaka Tribune in compressor production, Walton is ranked 8th in Asia and 15th in the world. Walton compressor factory is currently capable of producing 4 million units of compressors per year, and Walton continues to work to produce 10 million compressors annually by 2025. Walton Hi-Tech Industries Ltd has decided to invest 640 million dollars to expand its production and export facilities for electrical and electronic goods.

The company plans to set up a second unit of Walton Hi-Tech Industries with the aim of starting commercial production within the next two years. According to the MD of Walton Hi-Tech Industries, the second unit of Walton Hi-Tech Industries will create 15,000 jobs for people. Walton is planning a wide range of brand expansion worldwide by spreading electronics and tech products made in Bangladesh all over the world. As a result, the company invested 500,000 USD in establishing Walton Corporation in the United States. Walton plans to establish branches in India, Nepal, the United Arab Emirates, and South Korea. The company is also going to launch its own ecommerce Walcart soon. Even though they have an online store called Walton Plaza, Walcart will be a full-fledged eCommerce site. Furthermore, the company is conducting research & development with electric vehicles, and Walton may be seen in this market in the future.

‘It’s Our Product’ tagline has brought Walton closer to the common people of Bangladesh. For more than a decade, this company has held the confidence of Bangladeshi consumers and made Walton a well-known brand all over the country. Walton is improving the lifestyle of people in Bangladesh through its affordable price, best quality product, and extraordinary performance. The company has been able to export its products abroad and is playing a significant role in the export sector of our country’s economy.