His business faced problems during water transport. He built a new company to address it

Jahaji co-founder and COO Abhinandan Jotdar tells the story of how he founded a company that produced the country’s first marine-grade GPS device for our waterways. Abhinandan Jotdar left his bank job to launch a supply business company called AJ Corporation in 2017.

Around the same time, a Chinese company was working on a construction project with the Bangladesh Water Development Board. Jotdar was tasked to deliver sand and rocks from Sylhet to the Chinese company, for which he used ships via the waterways.

However, there was an insistent problem in tracing the whereabouts of the ship after booking it.

“For instance,” Jotdar said, “let’s say, the ship took an advance from me on Sunday and told me that the ship will reach Sylhet in three days. But in reality, the ship would perhaps be at a distance which would take six days’ time to cover.

Similarly, once I loaded the goods, they would sometimes take double the time than estimated. Why? They would complete another trip on the way which I had no knowledge about.”

So it was a problem for the Chinese companies he was working for. “They value time a lot – tomorrow means tomorrow. But I was falling short here,” explained Jotdar.

Jotdar then visited the telecom companies to see if they had a system, using which he could track the ships he booked. They had a system called Vehicle Tracking System (VTS), but it was used only for land vehicles – nothing for river routes.

“River ways are completely different. Roads are not out of network at any point. But there are many river routes that lie out of the network.

For example, in the mid-way point from Bhasanchar to Chittagong port, where the mother vessels boards and our lighter vessels load goods from the mothership, the ship owners cannot communicate with the masters or anyone on the ship; there is no network. There are still many such water areas in Bangladesh,” Jotdar explained, exasperated.

This was the ground reality for Jotdar in his supply business until he met his university friend Kajal Abdullah – co-founder and CEO of Jahaji – to discuss a solution to his waterway transport problem. 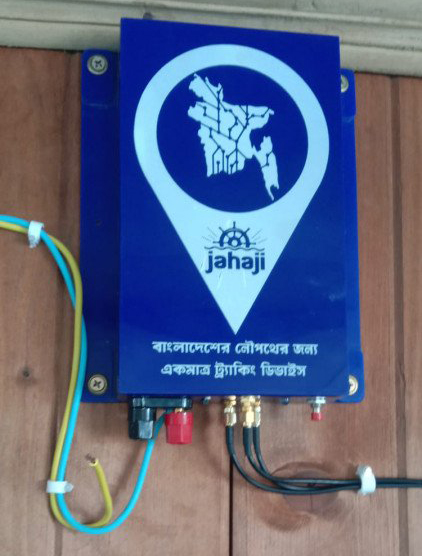 Kajal was hooked. He became thoroughly invested in finding a solution. So much so that he would eventually quit his job and join his friend in building the Jahaji.

“In 2018, we began to work together for a solution – a way to track the ships and an easy but effective river way transport management. When we were brainstorming, we realised that the industry is much bigger than what we initially thought; and the solution that we were thinking of for my company could actually stand alone as an entire new company,” Jotdar recalled.

Kajal and Jotdar spent one whole year (2018) in research; talked to the ship owners and the suppliers to understand if others also faced the same problem as Jotdar.

After the research, they understood the market and what it needs. Then they decided to develop an app.

“As both of us were business grads, we reached out to our BUET friends Sarfaraz and younger brother Rajin who had a software company. We detailed our requirements for the app to them. By the end of 2018, we created the first draft of the app.

“And finally, we launched in September 2019,” said Jotdar.

One of the biggest requirements to launch the app was a GPS device. Jahaji was launched with a Chinese GPS device that was available in the market.

Within the first week of the launch, the company accumulated more than 100 customers. But within two weeks, after 60 to 70 devices were installed, the devices started to malfunction one by one.

Some of the devices were failing to send signals while others burned due to the overflow of power. Differently-built ships have different power supply, electricity consumption, capacity etc. For this reason, the Chinese device did not adapt as per the ship’s capacities. 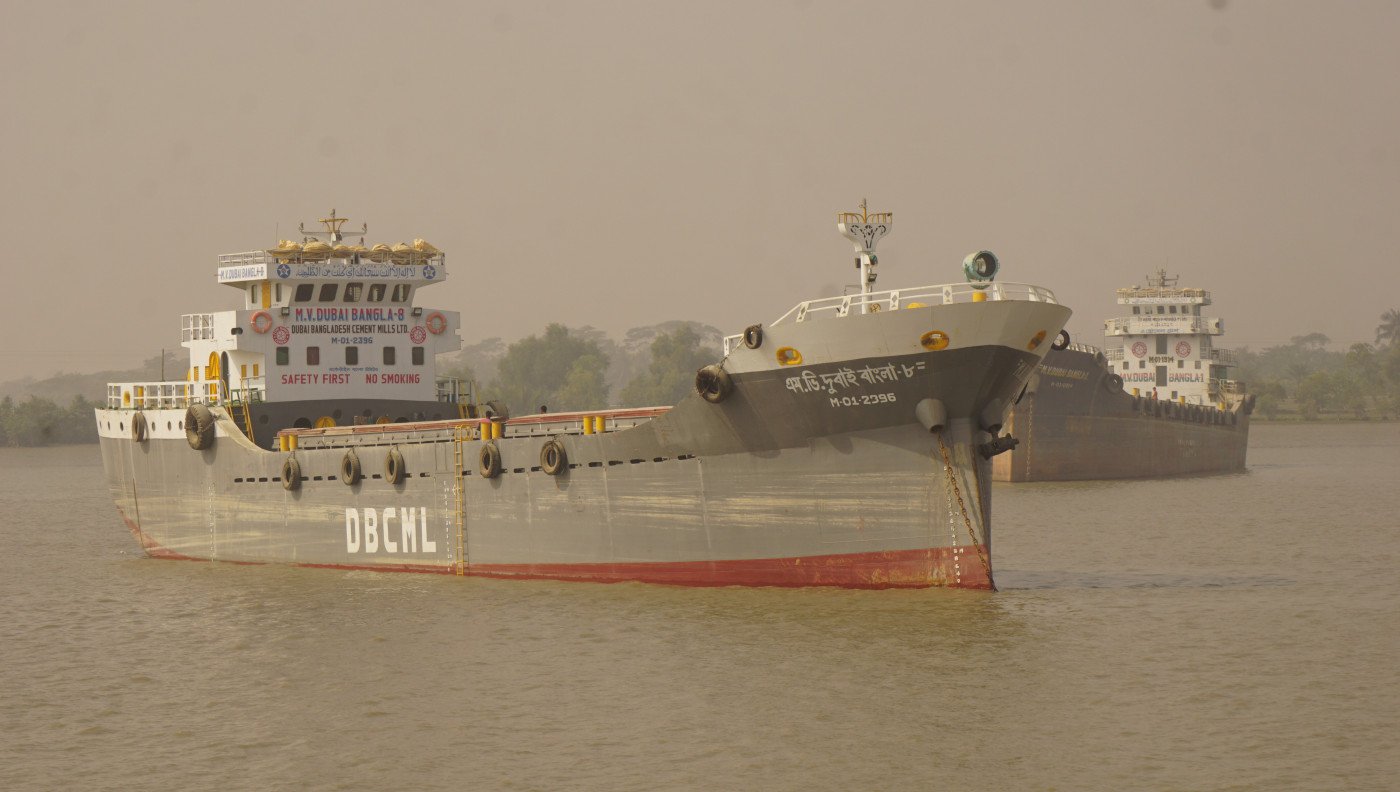 “Even after changing the devices three to four times, we failed to provide proper services to the ships,” said Jotdar. So Jahaji had to shut down the entire program within three weeks of its launch.

“We could not continue the service with this device. Additionally, there was no customised device for Bangladesh’s waterways,” said Jotdar.

In 2020, Jahaji concentrated on device development.

“We realised that since we already have the software, if we want to remain in the business, we need our own hardware too. So, we onboarded two additional BUET guys and asked them to work in research and development and build a device for us,” said Jotdar.

It took more than a year to develop the device. By this time, Jahaji bought around two dozen types of devices from China. But all the devices failed as usual.

The prototype of the new device became ready in March 2021. And Jahaji found that the device had all the requirements they needed.

So after a long wait, their operations resumed and they started installing devices from July 2021.

The new device, like the old Chinese device, is also dependent on mobile networks, but Jahaji developed an antenna. The conventional mobile network’s highest CSQ (signal quality) is 31, when it drops to 10 or below, the call drops.

“But our device can transmit data even if the CSQ is below five, which is not possible with normal mobiles. The antenna does it.  Another feature added with it is SoS [‘Si Opus Sit,’ the code signals that a person is in danger and needs immediate help]. When a ship faces accidents, it can send signal to nearby authorities,” Jotdar added.

Only four months have passed since their operation went public again. However, the demand is on the surge for the Jahaji service.

Jahaji is now installing their devices in  BIWT/BIWTC (Bangladesh Inland Water Transport Corporation) ships. There are about 350 government ships in process to install the devices.

“It is a ‘made in Bangladesh’ device, although some parts are brought from China. We gave a presentation to the department of shipping earlier and they certified that this is the first time that we developed a marine-grade GPS device in Bangladesh,” Jotdar said.

“As of now we have more than 200 clients. And we have 250+ pre-orders. We cannot install them fast enough because our production is slow. Since we don’t have a factory, the devices are now prepared in an in-house facility,” he added.

For faster production, Jahaji partnered with DNA, a leading IOT device manufacturer. They hope to reach a speedier flow of production soon.

The ship owners can monitor their ship 24/7 through the Jahaji app and their installed device. Most importantly, part of this monitoring includes what we know as “the outer parts” (such as Chittagong outer/Mongla outer), which cannot be reached through mobile networks.

The owners cannot communicate with the ships in these areas. Jahaji’s feature ensures that no matter wherever the ship goes in Bangladesh, the device will give a signal. They can track through the GPS, they receive text messages, they can see the weather forecast through the app too.

Through the app, one can hire the bulkhead – the ships that carry sand and rocks. If a person does not know anyone in the shipping line and has no idea about the fare, then through Jahaji, one can find ships, their capacity and fares, track them and get a flexible service. 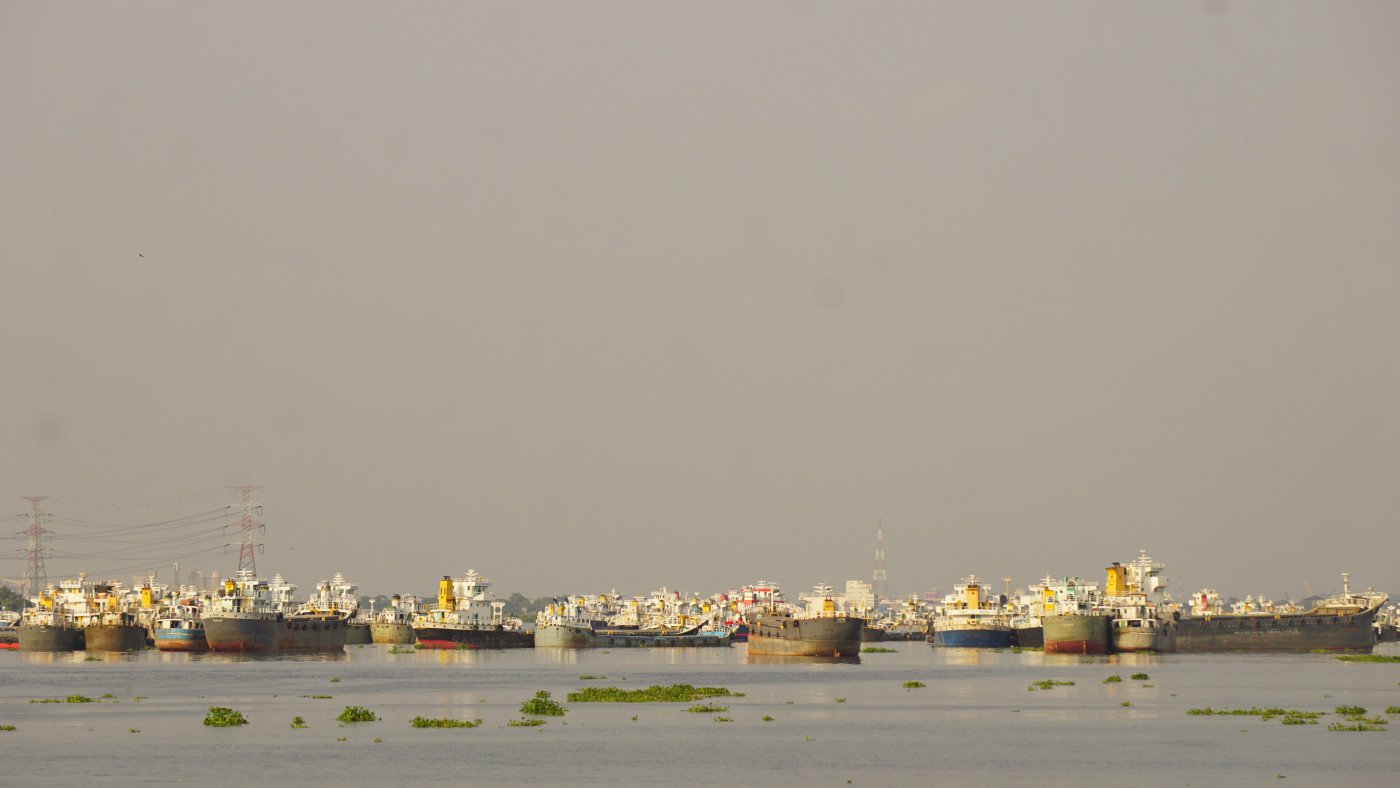 On its marketplace feature, one can buy and sell coal, sand and rocks from a moving ship. It means, for instance, if a loaded ship is going from Sylhet to Barisal, the product can be sold at Dhaka Gabtoli. This purchase can be done through the app. However, the particular ship needs to have the Jahaji device installed.

For tracking the ship, owners pay a subscription fee of Tk500 to Tk1,500 depending on the package. They are selling the device at a subsidized price. And for booking, they charge a commission of Tk0.50 per CFT and Tk10 per ton.

Can Jahaji prevent a ferry colliding with Padma bridge?

We asked Jotdar to explain the floating reports that claimed Jahaji could prevent ferry accidents with Padma bridge pillars.

“No, the device cannot prevent accidents. But through data analytics, steps can be taken based on a particular driver behaviour, through geo-fencing, which we did surrounding the Padma bridge on (750 m space).” said Jotdar.

The app can analyse if a driver is going in the red zone or green zone. Based on the analyses, the concerned authority can trace a particular driver and train them up to avoid potential accidents in future, Jotdar explained.

He added, “Jahaji will be Bangladesh’s first data analytics company in our river routes. We want to build an ecosystem where you have answers to all your needs regarding the waterways by 2026.”