He modernised crime scene investigation, making movies and music along the way

Although Mehzeb Chowdhury is best known for his invention of MABMAT, a rover aiding crime scene analysis, he is also a screenwriter, songwriter, journalist, lawyer, academic and an aspiring football manager

Imagine if there was a technology that could teleport juries directly to crime scenes so they could experience, first-hand, how the crime had taken place. While this seems taken out of the pages of an Isaac Asimov novel, such technology exists and incidentally, it was developed by a Bangladeshi inventor named Mehzeb Chowdhury.

Mehzeb’s MABMAT, a rover based on the Mars Rover, was designed to aid in crime investigations. It has been featured in the Atlantic, the Discovery Channel, Business Insider and CNN. MABMAT has 360-degree cameras that can record the crime scene with accurate detail. Video feeds from the rover then can be viewed using a virtual reality device.

“The Atlantic did a piece on future crime scenes and mine was number two on top five things on how crime scenes will be processed in the future. The Discovery Channel did a short video piece on it. It also went on CNN,” said Mehzeb. “I was also interviewed by the Russian state radio Sputnik and the Wired magazine. Since I based MABMAT on the Mars rover, I received a letter from the Mars Outreach team saying that they were aware of my rover,” he added. 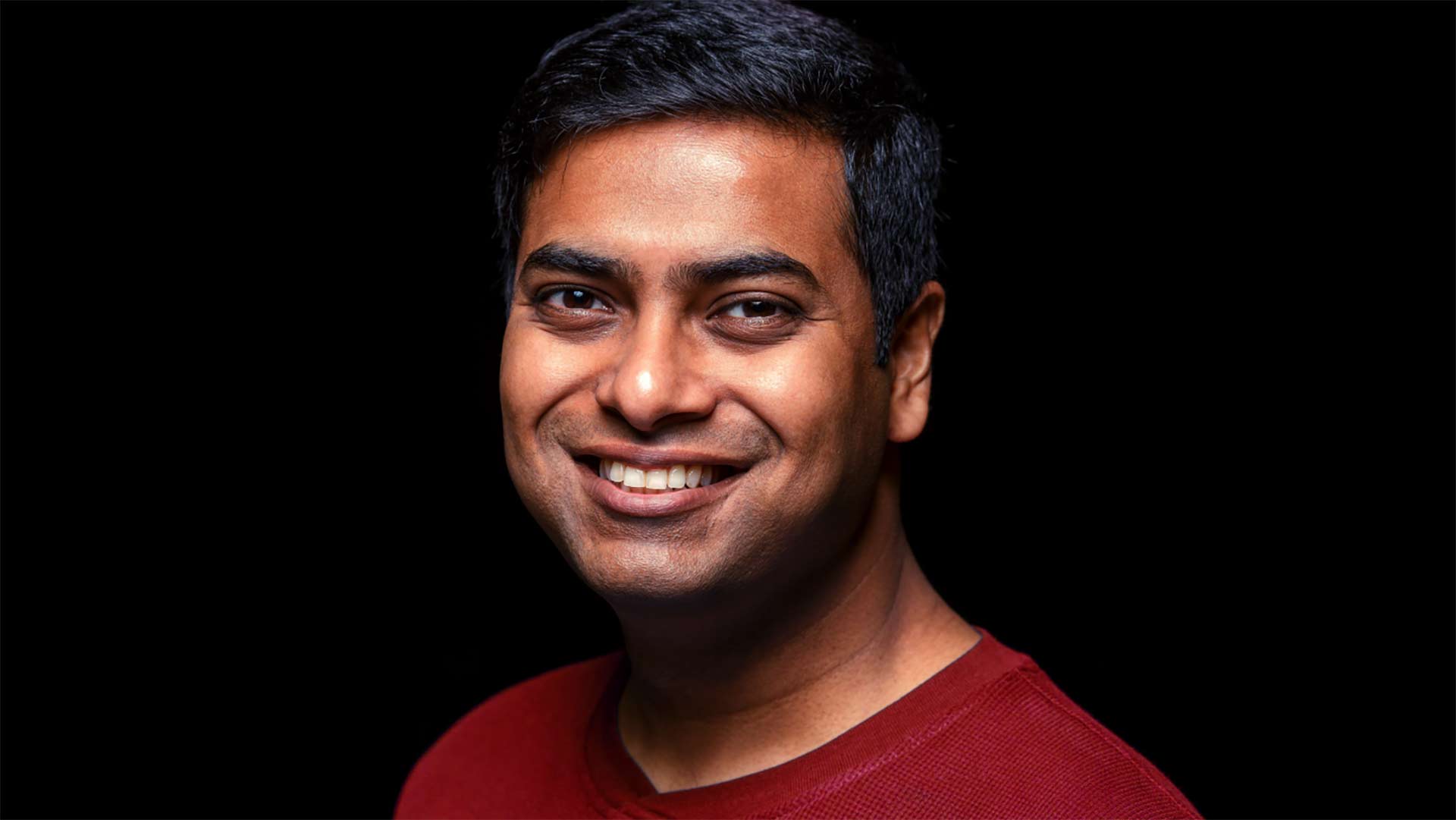 An inventor is only one of Mehzeb Chowdhury’s many avatars. He is an Assistant Professor on policing at the Department of Social Sciences, Northumbria University, England. However, he is also a lawyer, journalist, screenwriter, songwriter and someone who, in his own words, aspires to be a Premier League football manager.

Mehzeb’s big break came in 2016 when he developed MABMAT. Interestingly, Mehzeb is not an engineer.

“The last time I did any science was in grade 8. However, one day, I was watching the Nasa channel. They were showing the rovers that were sent to Mars. It immediately dawned on me that we can use a rover at a crime scene!” Mehzeb shared.

Mehzeb started as a journalist when he was just a student, then he went into law, did his master’s in Criminology, got a PhD in forensic science and criminal investigation. 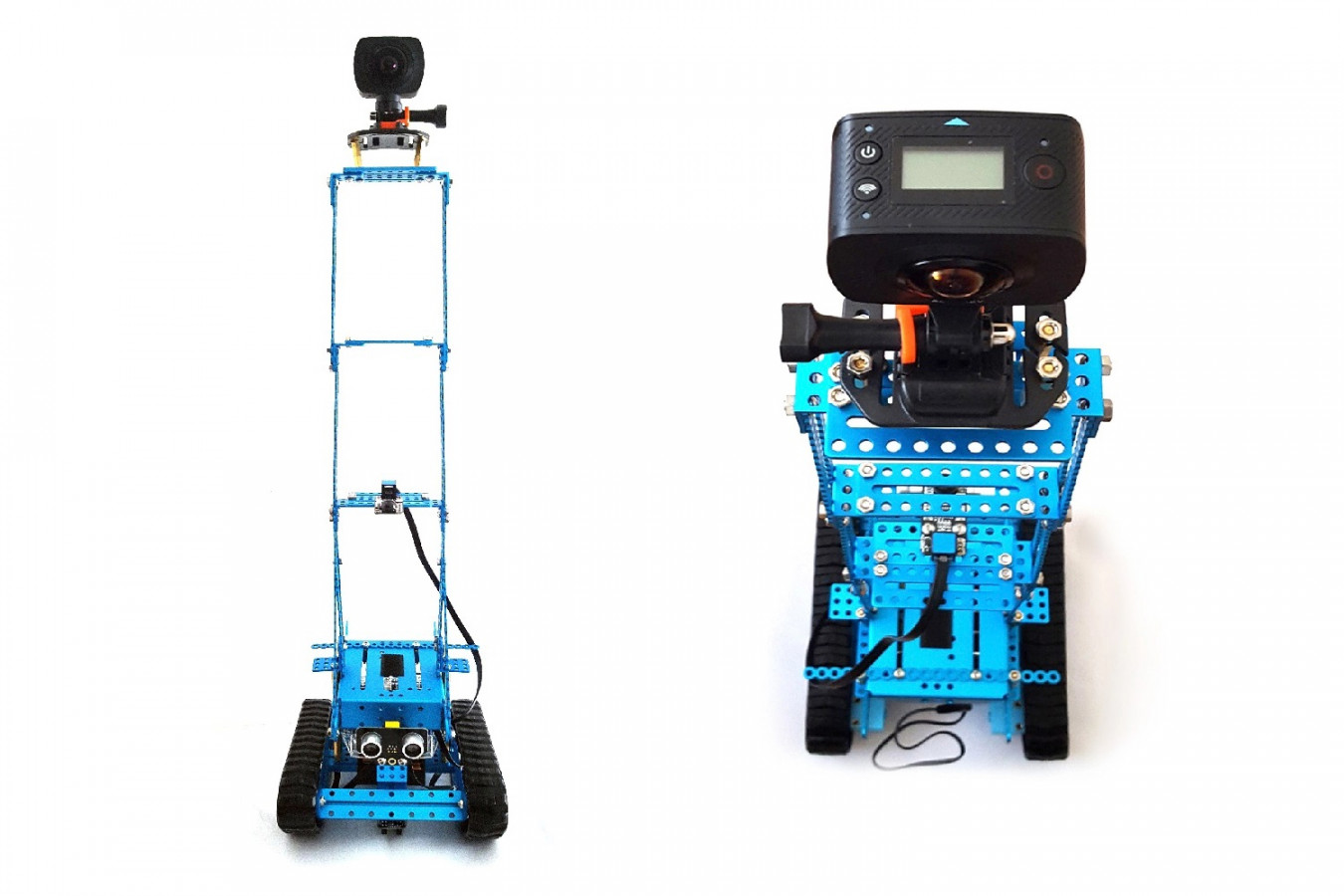 In 2017, he worked as a cinematographer for the feature film ‘Redemption’, directed by Edward Collier. The film paved his way for the British Academy of Film and Television Arts (Bafta) crew programme in 2018, which is Bafta’s professional development programme for emerging filmmakers. He had applied for the Bafta crew in late 2017 and his recent success with the short film sealed the deal.

Around the same time as ‘Redemption’, he also was collaborating on a one-minute-long short film with director Prasanna Sellathurai. Named Falling, the film was shown on Sundance Collab and Sundance TV.

“At Bafta, I also got to make acquaintances with many great filmmakers. In 2020, I wrote ‘Remind Me Yesterday’, directed by Alexandra Aleksandra Czenczek which won 2nd place at the Raindance Film Festival, one of the top ten film festivals in the world,” Mehzeb added.

When he was working with the Bafta crew, pursuing his PhD and working on MABMAT, he released a music album for the first time with his Irish friend Alex McDonell, who was also pursuing his PhD.

Their two-piece band was named Megalithic and Mehzeb played the parts of the songwriter/lyricist and guitarist. The album was a mixture of genres from indie rock to pop to metal. 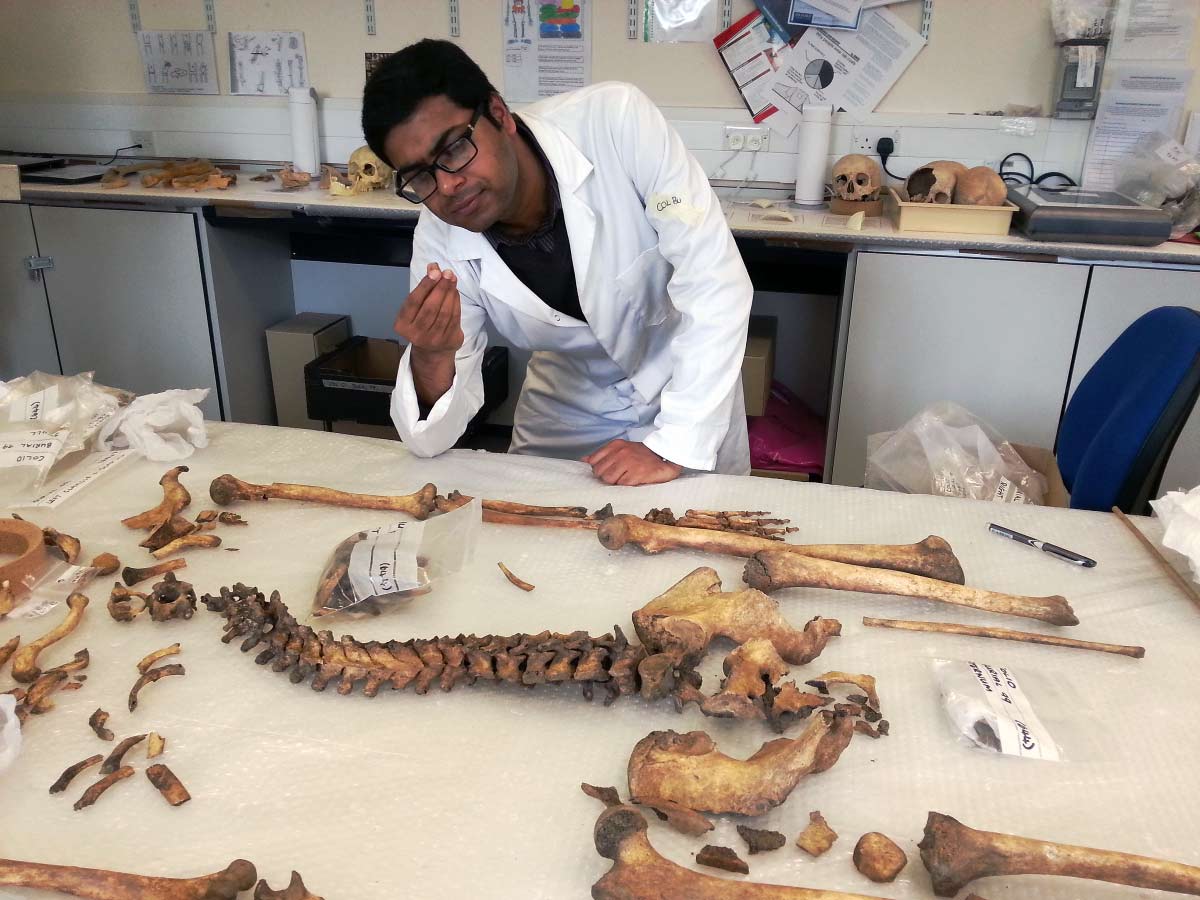 “The album gained good traction on the Emerging Indie Bands site and we were the Band of the month for February 2018. But our greatest achievement with our music was one of our songs being featured in the French Heavy Metal magazine, a magazine which has been around for 50 odd years,” he said.

Mehzeb is thirty-five now and believes life is very short to achieve a lot. His magic formula is a simple one: follow your goals mercilessly.

“My life has seen many different pivots. Inventions, like the MABMAT, taking that piece of technology all over the world, indulging in cinema and music, all the while keeping up with my postgraduate and doctoral degrees. It was all a huge surprise to me that I could actually do it all,” shared Mehzeb.

He attributes his successes to temperament which allowed him to collaborate with Federal Bureau of Investigation (FBI), The National Aeronautics and Space Administration (NASA), Interpol and fifty police forces around the world.

In 2010, Mehzeb took up and completed his Bar exam in London. After completing the Bar, he came back to Bangladesh. Here, he joined Barrister Rafiqul Haq’s chamber, Huq and company. After an apprenticeship of two years, in 2013 he flew back to the UK for his master’s degree at Durham University. 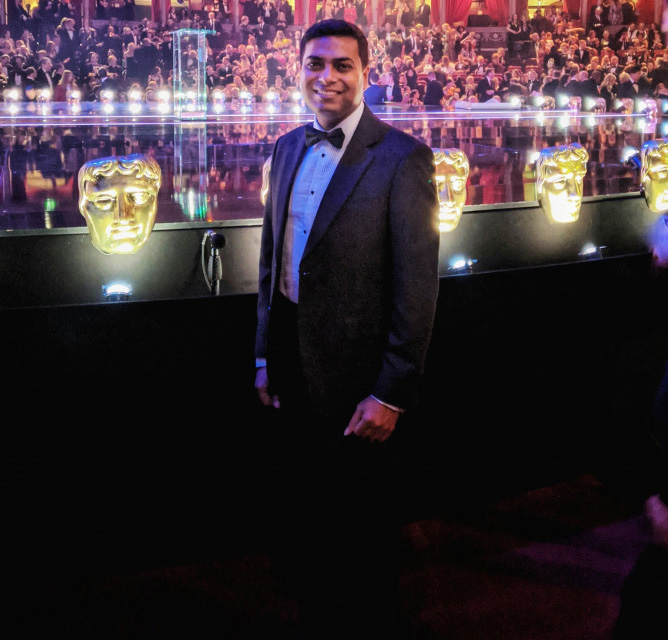 “There is some level of destiny involved in the choices that you make. If I chose to study anywhere else I would have still been a lawyer,” he said. By late 2014 he acquired a Master of Science degree. An offer for a PhD landed on him from the same university right after his master’s and he enrolled.

His teaching career began while he was doing his master’s degree in 2013 as Teaching Associate at Durham Uni. Due to his father’s health complications, his PhD degree got stalled. Later, it picked up the pace again in 2016. Interestingly, his PhD topic had nothing to do with law whatsoever.

He grew up watching the famous TV series Crime Scene Investigation that came out in the year 2000 and always had a desire to do something with crime scenes. So, he decided to get his doctoral degree on the subject and the MABMAT rover served as proof that he really wanted to work in this field. “You can count on one hand how many people study CSI. For many years it was thought that you go into a crime scene, you pick up evidence, you take some photos and your bag and tag it, and that’s it. So I pursued it to prove the point that it is beyond bagging and tagging,” explained Mehzeb. 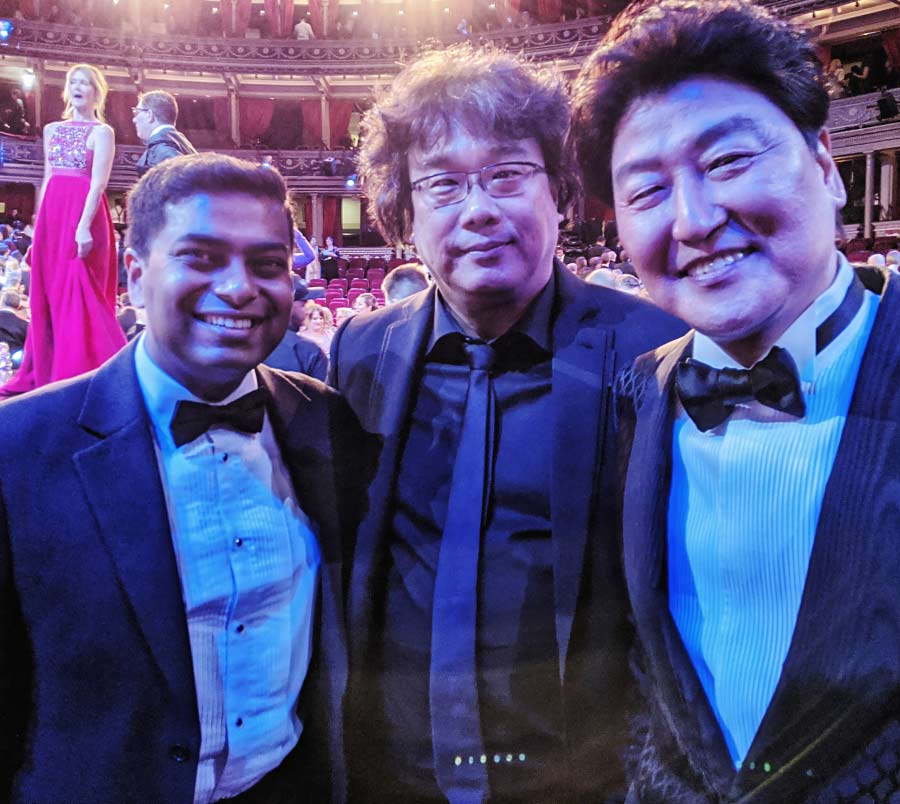 Akira Kurosawa, director of timeless cinema such as Seven Samurai, Rashomon and then some, is Mehzeb’s favourite film director. 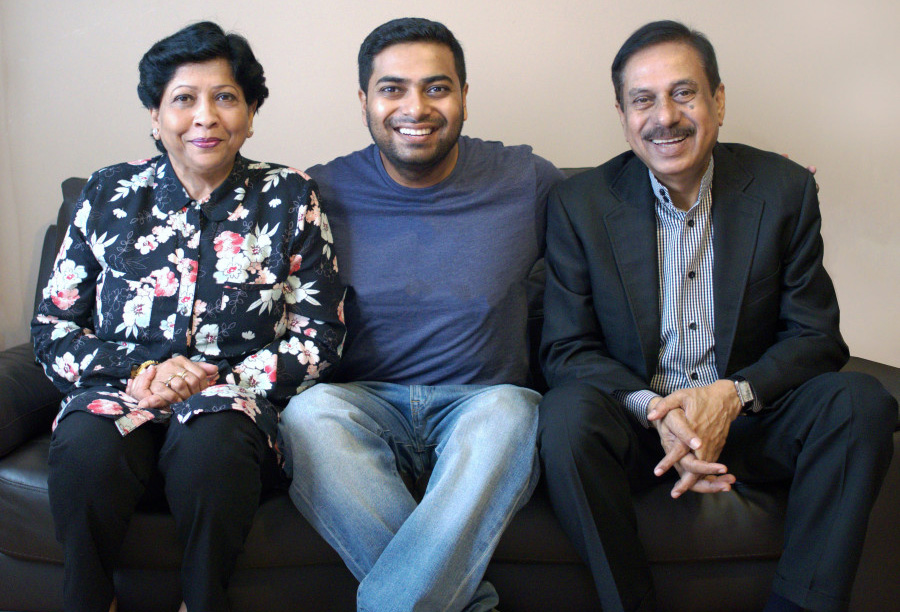 “I used to watch two films a day,” he says. “I just love his style of direction. I think growing up really moulds you into who you aspire to be. The play between light and shadow in Kurosawa’s films piqued my interest in cinematography.

In Durham, I was a part of the Durham film society and there I had the opportunity to work on a feature film called Redemption in 2015.

But I also liked the cinematography aspect of cinema. What I quickly learned was that cinematography was not just film stuff, it is the glue that holds a set together,” he explained. But acting, cinematography and colouring aside, his heart always lay with writing.

He has always wanted to write for the screen. He has written for short films named Remind Me Yesterday (2021), Downtime (2021) and Spycraft, which is in the post-production phase of production at the moment.

When he had just graduated from high school, he also tried his luck at journalism. His father, who is an esteemed journalist in Bangladesh, was his first ever inspiration to pursue that career. So he became a sports correspondent for Goal.com in 2006.

“While I was still in grade 12, I remember interviewing a Brazilian national team player named Diego over the telephone. Then in 2008, I covered Euro ’08. There I got to interview Xavi Alonso, David Villa, Ica Casillus, Michael Ballack and the list goes on,” he said.

By the time Mehzeb turns 40, he is planning to go back to sports but as a coach this time and not a sports correspondent. 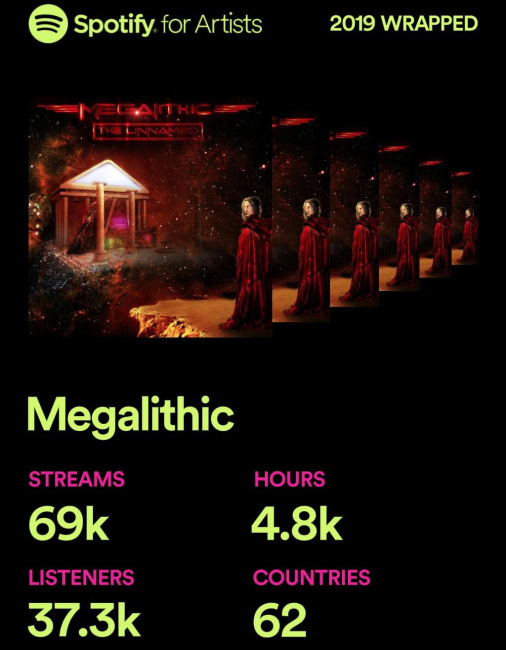 “Ten years ago, when I was 25, I told my Dad when I’m 40 I want to be a Premier League football manager. I already have a FA Level 2 coaching badge and my next goal is to acquire the Uefa A and B levels coaching licence. I want to use these next few years to fulfil that goal,” he said.

“I did it all; the MABMAT, the teaching, the Doctorate, the films, the music and all because as a young lad, I dreamed about doing a lot of things. But dreams go unfulfilled a lot of the time. There is nothing worse than unfulfilled dreams. I wanted to fulfil all those dreams and I was determined, come rain or shine.”