He was a banker. After independence, he quit his job and became a businessman. His business started with the import of tyres. Then he focused on setting up an industry. He becomes successful at whichever business he starts.

He had a lucrative job in a bank. After the independence of the country, he quit this lucrative job and started a business with Tk 1,483. He would first import tyre from Japan through an agent. He sold it with 100 per cent profit. Since then, he never had to look back. He has made profit from imported items like clothes, foods, machinery, powdered milk and oil.

He also became hugely successful in establishing industry. He continued to gain successes one by one with the motto of hard work and honesty. The business he started with only Tk 1,483 about 49 years ago has now grown to 34 companies and factories. PHP Family now operates business in 11 sectors including corrugated iron sheet, float glass, agriculture, fisheries, environment-friendly shipbreaking factory, textiles, petroleum products and automobile assembling.

The International Finance Corporation (IFC) of the World Bank Group released a report on the private sector of Bangladesh in 2020. The report listed 23 companies of the country based on their income. The PHP ranked eleventh in the list. Its revenue, according to the PHP Family, now exceeds Tk60 billion (Tk6,000 crore) annually. No company of PHP has ever defaulted loan despite the expansion of its business. They never delayed the payment of banks’ loan. 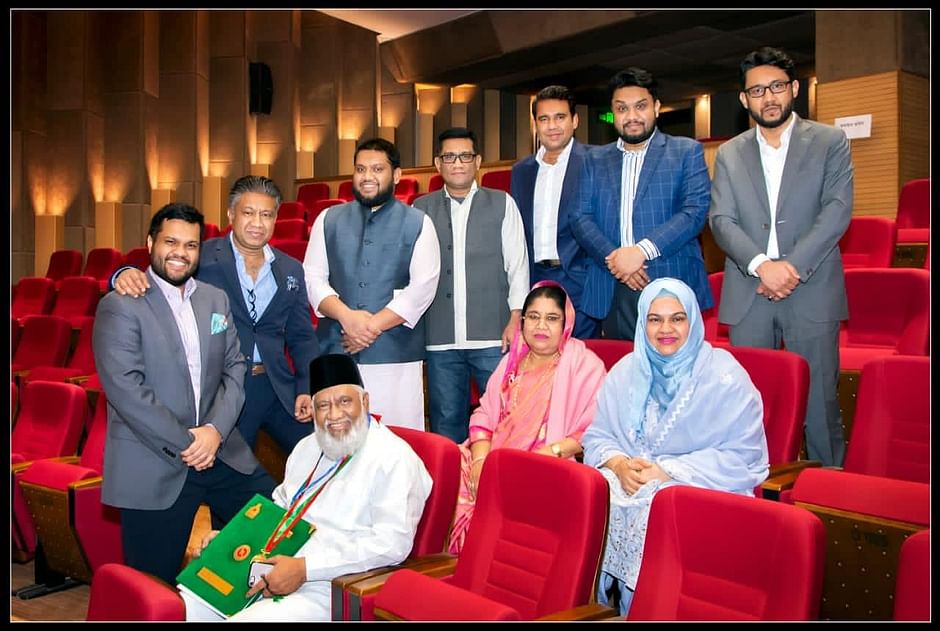 Accompnaied by his seven sons, a daughter and his wife, Sufi Mizanur Rahman poses for a photo, holding Ekushey Padak.

Sufi Mohamed Mizanur Rahman, founder of PHP Family, talked to this correspondent about his success at his home in Nasirabad last week. He talked about 11,000 employees of PHP Family more than the stories on his successes. He considers each of them as a family member. According to him, he once quit a lucrative bank job and now he has created jobs for 11,000 families. 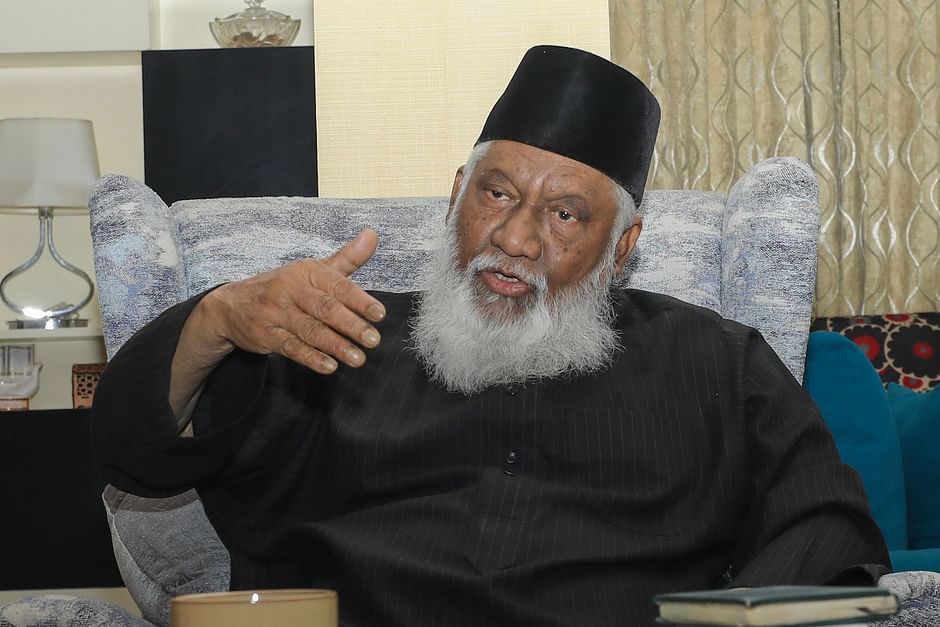 One day, a friend told him National Bank of Pakistan, now Sonali Bank, would recruit junior clerks. He took the recruitment test and received the job offer. When he took his appointment letter to his businessman father, the father was not happy. His father told him there would be better job opportunities once his son completed his masters. As father did not agree to his job, Sufi Mizanur Rahman sought help from the headmaster of his school.

The teacher then convinced Sufi Dayem Uddin that his son would continue his job and study simultaneously. Eventually, the father agreed to his son’s decision joining the bank.

From Narayanganj to Chattogram

Sufi Mizanur Rahman left for Chattogram from Narayanganj with an appointment letter for the post of a junior clerk at a salary of Tk 163 a month at the National Bank of Pakistan. He joined the bank’s Laldighi branch in Chattogram on 19 March 1965. He started working more than others and completed a banking diploma from the Institute of Bankers in Pakistan.

The result of BCom (bachelor of commerce) was announced in 1956. Forty six students or 13 per cent of the total passed it at the colleges under Dhaka and Rajshahi universities. All of them including Sufi Mizanur Rahman obtained second division. After passing the BCom, Sufi Mizanur Rahman saw a job circular for the position of junior officer at Eastern Mercantile Bank, now Pubali Bank, and he applied for it.

While in the job, he got married in Narayanganj on 4 July 1967. A month later, he received the appointment letter from Eastern Mercantile Bank. But he faced a challenge. At the time, employees of a bank could not switch to another bank. But officials at the National Bank of Pakistan let him go.

Sufi Mizanur Rahman then joined the Khatuganj foreign exchange department of Eastern Mercantile Bank in Chattogram in September or October in 1967 a salary of Tk 800 a month.

Before independence, Pakistani traders dominated businesses in East Pakistan. And Sufi Mizanur Rahman created opportunity for Bengali businesspersons to import goods with low margin. For this, he reviewed prices of international and local markets. But he protected the bank’s interest.

Once, Pakistan government ordered to allow import only if the goods are brought under export bonus scheme. So, Sufi Mizanur Rahman arranged opining of LCs for Bengali businesspersons to import goods. Probe was conducted on the abnormal opening of LC on the day before the ban came into effect. Sufi Mizanur Rahman managed to avoid it and ultimately he became trustworthy to businesspeople.

PHP Family at a glance

It was 4 April 1971. Everyone was fleeing Chattogram city fearing the repercussion from Pakistan army. Sufi Mizanur Rahman took refuge to Pir Hazrat Shah Sufi Syed Abdus Salam Isapuri (R) in Fatikchari’s Nanpur. The Pakistan government on 10 July 1971 ordered the bank employees to join their workplace or lose the job. Sufi Mizanur Rahman then joined the bank at the advice of the Pir of Nanpur. 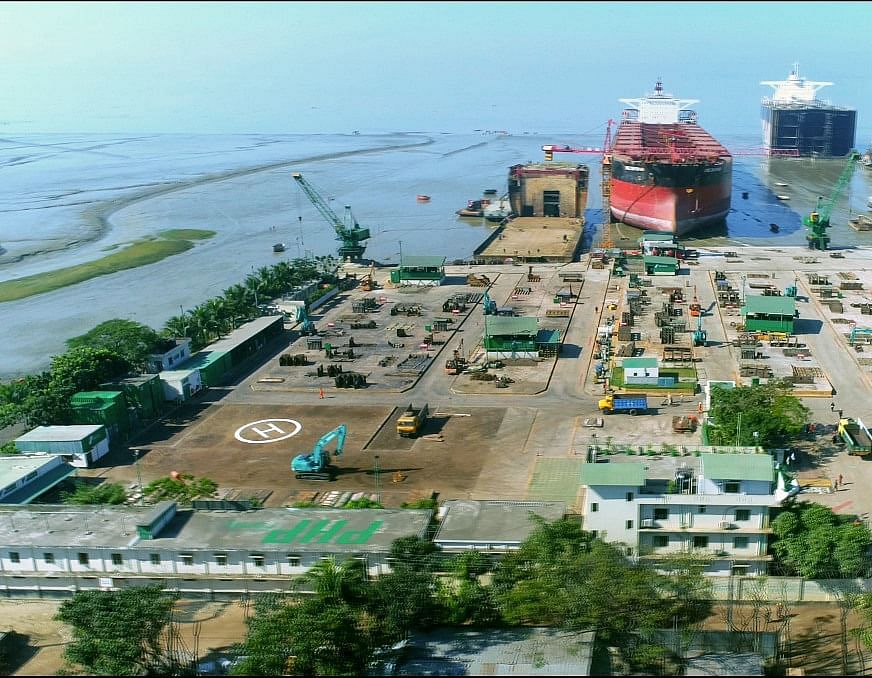 Goods piled up at the port in July-August. Meanwhile, many Bengali businesspeople took shelter in safe places leaving their businesses. As more goods piled up at the port, the Pakistan government ordered the banks to sell these goods for cash. Many banks did so. At that time, Sufi Mizanur Rahman worked at Khatunganj Amir Market branch of Eastern Bank. With the government order, he went to the bank manager. He offered that he would like to keep the goods at warehouse under the guarantee of the bank.

The manger approved it. Eighteen warehouses were rented and goods were stocked there. Sufi Mizanur Rahman always kept the warehouse keys binding around his waist so that no goods go missing. Businesspersons thought banks might put their goods on sale. Instead they found their goods stoked at warehouse after returning to Chattogram following the independence of the country. And, Sufi Mizanur Rahman became even more closed to businesspeople.

While working on import-export operation at the bank, he gained significant experience on foreign trade and developed a good rapport with businesspersons. There were less Bengali businesspeople before independence. Pakistani businesspersons fled after independence. At that time, there was a huge demand in markets but the number of importers was very low.

Due to working at the bank’s foreign trade branch, Sufi Mizanur Rahman knew well how much profit one can make from import. With this experience, he then took a dauntless decision and quit the bank job. His father also advised him, if you know business money would follow you and if you also do business you would be able to wipe the tears of other people.

At that time, there was a huge demand of Japan’s Bridgestone tyres in the market. So, he chose to import tyre and tube as his first business. So, he imported tyre through Bridgestone’s agent Eastern Motors with a term of sharing profit by half. Bank also opened letter of credit (LC) by zero margins. After selling the tyre, he first paid the bank loan. He made a good profit from his business. Then he started importing product one after another. 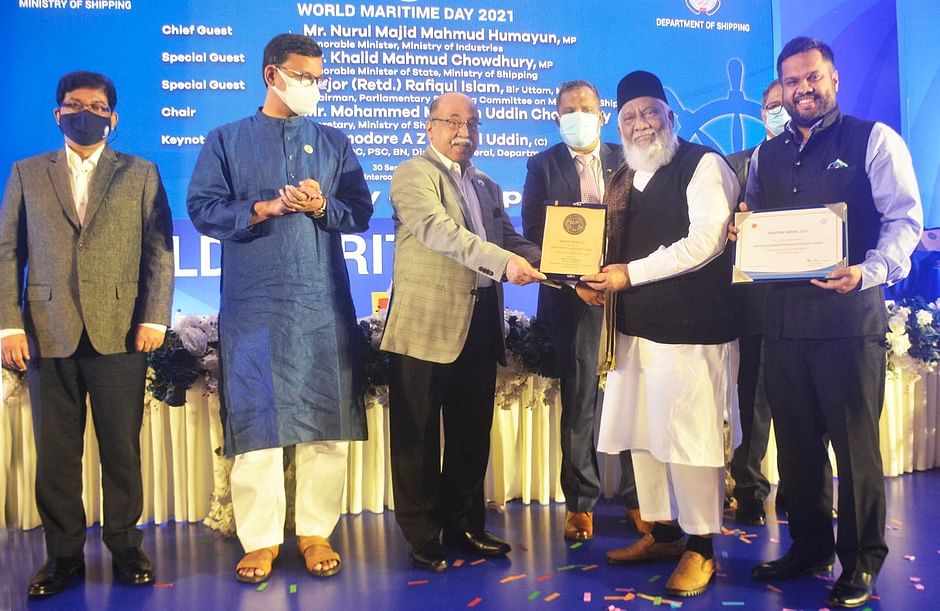 He continued to import powered milk from Germany, Denmark or the Netherlands, stationaries and yarn from China, sugar from Brazil and rice from India and Myanmar.

Sufi Mizanur Rahman obeyed the elders. They used to say he must create employment to help people. He then decided to set up industries and factories from the profit of his businesses. At that time, he had a lot of money after doing import business for a decade. Entrepreneurs in Bangladesh started to venture to industries. Sufi Mizanur Rahman also joined them.

He first started a shipbreaking factory with his childhood friend. They set up RM Shipbreaking on the bank of the Bay of Bengal in Sitakunda coast. They first imported an old ship Ocean H spending $600,000 and dismantled it at their facility. They also profited from it.

After two years, they set up Sino Bangla Re-rolling Mills with a production capacity of 400 tonnes to manufacture steel rods from steel sheets. The factory also turned into a profitable one. After that, he continued to open factories one after another.

Billet factory Mongla Engineers was established in 1984, followed by corrugated iron sheet, edible oil and spinning mills. In fact, these factories were set up in Dhaka. Factories were named as RM, the first initials of the names of the business partner and Sufi Mizanur Rahman.

The journey of PHP

PHP Galvanising Industry was the first company after he rebranded the businesses as PHP. He had to work at the factory day after day to build it. Unlike previous time, he started investing in big factories. PHP established the country’s first reflective glass factory PHP Float Glass Industry in 2005. A new corrugated iron sheet factory with a production capacity of 250,000 tonnes was set up near the old corrugated iron sheet factory in Feni. PHP drew attention after assembling vehicles of Proton brand in 2017. And, these three products of PHP lead the market.

They also turned other losing business to profitable ones. Former president of Chittagong Chamber of Commerce and Industry Morshed Murad Ibrahim inherited half-century-old Ibrahim Cotton Mill that was facing loss. Sufi Mizanur Rahman had taken over the factory and turned it to a profitable one.

The PHP Family also received innumerable accolades at home and abroad for its contribution to building industries. Sufi Mizanur Rahman received the international recognition for building the first environment-friendly shipbreaking factory. It also brought PHP Family the maritime award this year. PHP also gained reputation for its environment-friendly corrugated iron sheet. This industrialist family is now setting foot to the production of personal vehicles in the country from automobile assembling step by step.

More privileges for employees during coronavirus

The coronavirus pandemic also took a toll on the PHP Family. The conglomerate faced about Tk 400 million (40 crore) in loss during coronavirus. Despite this, Sufi Mizanur Rahman announced no employee would be laid off. Even any employee makes mistake would face action after Covid-19. So there was no lay off rather the conglomerate gave 12 bonuses to its employees. And, salary has been paid on the day before the month ends.

Sufi Mizanur Rahman said, “People are the biggest power. Humankind will go ahead defying challenges. Challenge will not last long. We have provided the members of the PHP Family with more facilities than the normal time to boost up their morale.”

On the road to fulfil big dream

Back in 2009, KDS Group, ABC Group, PHP Group and S Alam Group altogether moved to set up a hot rolled (HR) coils manufacturing plant with a budget of Tk 28 billion (2,800 crore). A joint company was registered as KAPS (BD) Limited. The initiative failed later. But Sufi Mizanur Rahman had been nurturing the dream on it.

After a decade, he alone has taken an initiative to set up a hot rolled coils manufacturing plant. Process is on to build the plant on 500 acres of land in Bangabandhu Economic Zone. PHP Family will acquire the land in 2023. Construction will start in 2026 with an estimated budget of Tk 200 billion (20,000 crore). The factory will go into production in 2030 with a possible production capacity of 3 million (30 lakh) tonnes. Various products including HR coils, corrugated iron (CI) sheet, steel rod, steel sheet of fridge and vehicle will be manufactured in this factory. Coal and ore will be used as raw materials.

Sufi Mizanur Rahman has achieved numerous accolades besides his business successes. He received Ekushey Padak, the second highest civilian award of the country, in 2020 as the second industrialist. He still work hard at the age of 78. He said an ordinary person works eight hours a day. One must work 16 hours a day otherwise success will not come.

Sufi Mizanur Rahman is a father of seven sons and a daughter. Seven sons have joined the father’s business after studying abroad. They, too, are taking forward the PHP Family that their father built with hard work.