It was the year 1990 when Nowshad Amin left his birthplace Chittagong, for higher studies in Japan. Always a stellar performer, he was one of the three students at that time to secure the prestigious and highly competitive Monbusho Scholarship. His family must have been proud of him then, and no doubt had great expectations of him. But even they could not have imagined that this teenager from a suburban city would one day be ranked among the most cited scientists of the world.

Nowshad Amin proved Milton right by living up to the promise of his youth. The Bangladeshi green tech guru was recently named in Stanford University’s list of the world’s top 2% scientists. Nowshad currently works at the Institute of Sustainable Energy of Universiti Tenaga Nasional of Malaysia as a Strategic Hire Professor.

According to the South Asia Monitor, the global list was made by Professor John Loannidis and his team at Stanford University. This carries the names of 159,683 scientists categorized into 22 scientific fields and 176 sub-fields. Among them, Nowshad has been recognized as one of the 11 scientists from Malaysia, for his contribution in the field of Applied Physics from the energy section.

Since leaving his hometown to pursue higher studies in Japan, Nowshad spent some 14 years there, obtaining a Masters degree (1998) and later completing his PhD (2001) in solar photovoltaic technology from the Tokyo Institute of Technology. Later, he pursued a postdoctoral fellowship at the University of South Florida, USA, and briefly worked at Motorola Japan Ltd.

Recalling the tough road of his journey as a researcher Nowshad told Dhaka Tribune, “My first lessons on the research of solar power began during my undergrads in 1994. However, the quest did not go well until I joined The National University of Malaysia in 2007 as a Senior Lecturer.” 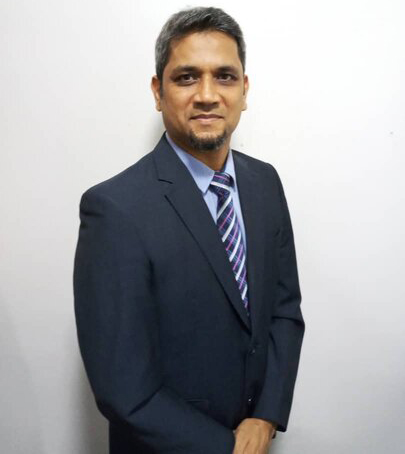 He added, “This highly enriched institution boosted my research scope and gradually attracted grants from bodies like the Malaysian government, Saudi Arabia, or Qatar Foundation.”

Nowshad’s areas of interest lie in Microelectronics, Renewable Energy, Solar Photovoltaic Applications, and Thin Film Solar PV Development. He is actively involved in advocating green tech and renewable energy to the developing countries in South and South-East Asia, working as an enthusiastic promoter of affordable solar photovoltaic technologies. You can measure his success by his unique discoveries and dozens of his prizes or by the institutions, he left behind and the students he has produced.

While studying and working abroad, Nowshad Amin contributed to the research of the first generation solar cell at the ‘Energy Institute’ of Bangladesh Atomic Energy, in Savar. He played a major role in bringing The World Bank’s Hecap research grant to Chittagong University of Engineering and Technology (CUET) and later led the development of the laboratory and solar cell research there. He also patronized the set-up of a world-class lab at the Science Laboratory’s Fuel Research Center and worked as a consultant and primary trainer in the institution to encourage the second generation solar cell research initiative.

“I think despite the vast potential of solar power in my country, corruption and fragile planning are hindering the progress. There is a negative perception about solar technology as most of the panels imported here are costly and low in quality” laments Nowshad.

Nowshad Amin disagrees with the notion that there is no future for solar power in Bangladesh.  “We must first believe in the example of all successful countries in the world, which get only half of the sunlight than we do. The countries prioritizing solar-energy based development in their roadmap can be considered as our model.”

Some of his innovations include designs for solar water-filter, Easybike hybrid charge controller, smart home controller with solar PV energy, urban solar car, Solarotor, solar chargers. He has published more than 350 articles and has authored and collaborated on multiple books. Nowshad looks forward to continuing his pursuit to ensure accessible and environment-friendly energy. Regarding his motherland, Nowshad’s vision is to build a resource library in his village and create a science park in Bangladesh.