Gazi Rakayet’s “The Grave” to be released in Hollywood

Gazi Rakayet’s “The Grave”, the first-ever English film from Bangladesh, is set to release commercially in Hollywood on May 14, informs the director himself.

The film is a government-granted project which carries the Bangla title, “Gor”, was originally released in December 2020 in both English and Bangla language, locally.

“This is the first time a Bangladeshi film has begotten a commercial release in Hollywood,” says Gazi Rakayet. “Initially, the film will premier in Laemmle NoHo 7 movie theatre in North Hollywood for a cycle of 7 days. Each day, the theatre will host 3 shows of this production.” 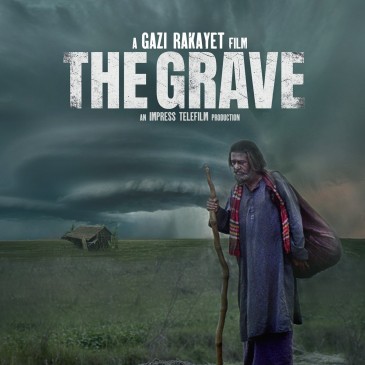 While it is a big achievement for himself, Gazi Rakayet feels privileged to the initiator of such a historic step in the entertainment industry. “I believe, it is indeed a matter of pride for every actor, director, producer, and crew member who works day and night but is deprived of international recognition despite being an absolute delight on or behind the screen. I had always dreamt of taking this project to the international audience and it has finally come true,” he adds.

Besides directing the film, Gazi Rakayet has also written the story, screenplay, and dialogues of “The Grave”. He has also played an important part in the film.