From actor to entrepreneur: Alisha Pradhan’s journey to make the most of herself

In 2008, Alisha Pradhan shot to fame through a television commercial. The advertisement for Euro Cola was shot at Ramuji Film City in Mumbai and immediately endeared her to audiences.

She decided to explore the entertainment industry further.

The next three years Alisha acted in various dramas and telefilms. She also launched a production house with her mother.

In 2014, she acted in the movie “Vul Jodi Hoy,” directed by Chashi Nazrul Islam. Her next film was “Antaranga” by the same director. Alisha’s last film “Ojante Bhalobasha” was released in 2016.

Alisha could not continue acting in the film industry – in her own words – due to internal politics.

And so she decided to finish studying and moved to the USA to pursue a diploma degree in IT. After completing the course, she came back to Bangladesh in 2017.

“After coming back to Bangladesh, I visited India, Dubai and London on business trips for a start-up. Unfortunately, those trips were not successful. Next I started a social charity.”

“Meanwhile I went to India again to participate in a summit where I got the idea of doing something for women, for which I needed money.” 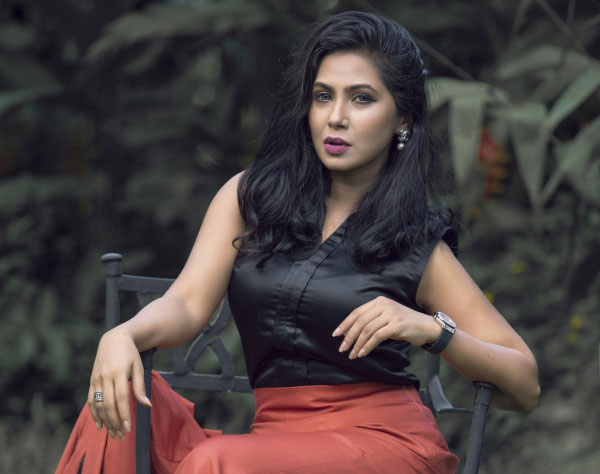 Upon returning to Bangladesh, Alisha shared the idea with her father, a successful businessman in the RMG industry. “He set certain conditions and asked me to work for any company for at least six months.”

Consequently, Alisha joined the Globe Group, owned by Harun ur Rashid. He told her that if she could survive 4-6 months in that job he would give her the green light for investment.

Alisha accepted the challenge and successfully played a pivotal role in the brand segment of Globa Pharma, from launching new products to innovation in ATL & BTL marketing and strategic contribution in rebranding TVC through local agencies.

“At the time Alisha’s monthly expenses were 10 times for than the salary. I surrendered all my cards and returned the car key to my dad. I started using Uber. My monthly salary was Tk12,000. My father finally agreed to give me the money to start my business. And I started HerNetTv (an internet-based television channel) with Tk3 crore.” 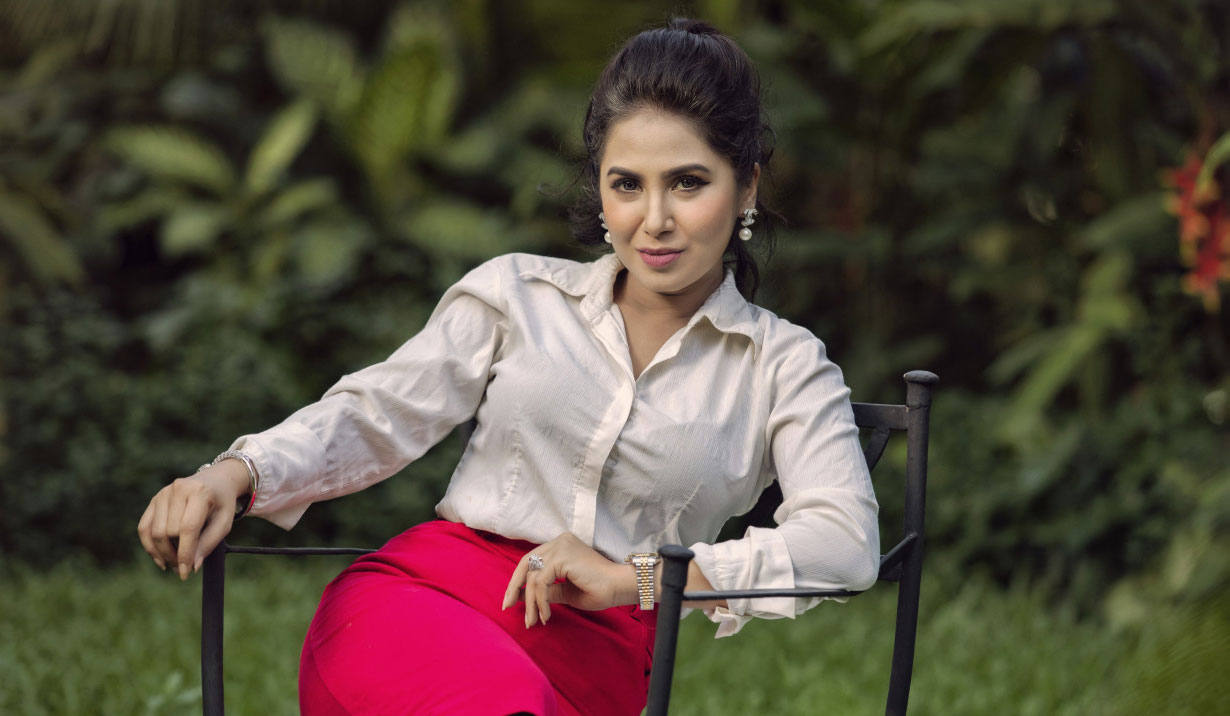 Alisha had been involved with family business from a very young age. Their family business ventures include a production house Karnival Motion Pictures and agency 360 Degree Multimedia, among others. Her father also has a buying house, export import agency, agro companies and partnership in Garment factory.

She is serving as the managing director of the companies, except for HerNet Foundation.

“I started my companies two or three years prior to the pandemic. As we are going through a global pandemic, it’s quite difficult for any business to thrive. Hopefully we will do better in future,” said Alisha.

“It’s not so easy to run a business in our country, especially as a female boss. We are working on women empowerment and transgender issues, but not getting enough appreciations or support,” she added.

“I can certainly say that our audiences love our work. They have taken our approach positively.”

Alisha was born in Uttara, and spent her childhood in Malibagh area. She grew up playing cricket, and vintage video games with the neighbourhood kids and seniors. Her favourite video games were Samurai and Mustapha.

She was known as a ‘tomboy’ during her childhood, as she was very playful. She has one elder sister and one younger brother. In total contrast to Alisha, her sister Faiza is a very quiet person.

In her childhood, she was admitted to Scholastica first, and later switched to Willes Little Flowers and moved to Segunbagicha area. Alisha’s father’s buying house was in Paltan and her school was in the Kakrail area.

As a child Alisha had big dreams of being successful and having her own office. “Most probably my father’s works and businesses inspired me to follow his path.”

The confident business woman started going to her father’s office regularly when she was in grade seven. “Dad would give me Tk25 as pocket money which wasn’t enough to buy tiffin, so one day, I asked him to give me more, but not as allowance rather as salary,” recalled Alisha.

“Then my dad said as you’re too young and don’t have any certificate. You work as office assistant in my office. And I took the matter seriously. I would go to his office twice a week and do some mundane work such as printing documents, making tea for him. I would also pay attention to the conversations my dad would have with the individuals who would come to meet him.”

“Those conversations helped me understand merchandising and business patterns.” 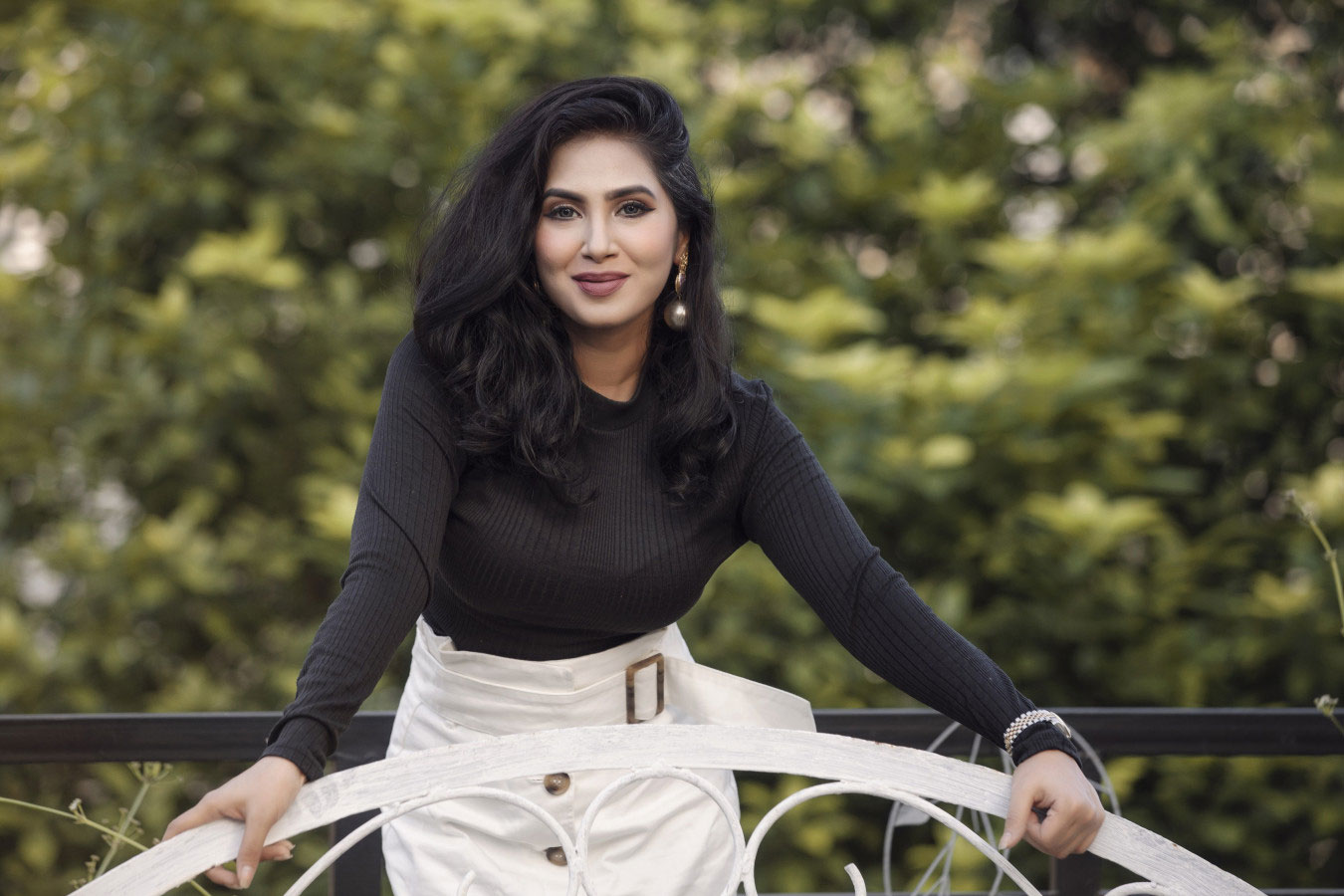 Alisha serves as the managing director at the online television channel, while her mother is the chairman.

According to her, the television channel aspires to give women an opportunity to be heard on issues that may not necessarily command coverage in the mainstream media.

Talking about her future plans, she said, “I m planning to start a couple of start-up tech initiatives for women empowerment.”

Regarding HerNet her vision is to have HerNet branches in more than 50 countries within 2024 to represent a global voice & platform for women. Ultimately she also aspires to hold HerNet assembly in Bangladesh annually with the participation of more than 100 global leaders which is to be launched by the ultimate epitome of Women empowerment our HPM sheikh Hasina & together Bangladesh will lead in achieving SDGs.

This vision comes from her innate love for Bangladesh, claiming to be a pro Liberation & Mujib Protege her purpose in life is to serve for her Mother Land “The Golden Bengal”.