Emdad Hoque: The man who wore his ‘mission’ on his sleeve

The veteran designer, managing director of Studio Emdad, director of Banglar Mela Limited and a consultant for Raspberry Textile passed away untimely on Friday, at the age of 57, after struggling for months with health issues.

Emdad Hoque’s journey in the world of Bangladeshi fashion began much earlier than him making a name as a fashion designer. As a columnist for the esteemed Bichitra in the 1980s, Emdad played a pivotal role in creating awareness about fashion and local fabrics in the then nascent industry.

Before emerging as a leading designer in the 1990s and early 2000s, Emdad also spent many years in the development sector, working closely with local weavers and artisans, an experience that informed his later mission to promote local fabrics in Bangladesh’s fashion landscape.

On a personal level, Emdad was a colourful personality, loved by many industry insiders. On a professional level, he is credited with reviving Khadi, for experimenting with men’s and women’s wear and creating opportunities for other fledgling designers to thrive.

The veteran designer, managing director of Studio Emdad, director of Banglar Mela Limited and a consultant for Raspberry Textile passed away untimely on Friday, at the age of 57, after struggling for months with health issues.

“His contribution to our fashion industry is unparalleled. He revived Khadi fabric and took it to an international level. He was a rebellious thinker and never settled for anything less,” said veteran designer Maheen Khan, who has been friends with Emdad for almost three decades. “Emdad was a passionate, down-to-earth person, who was full of life.” 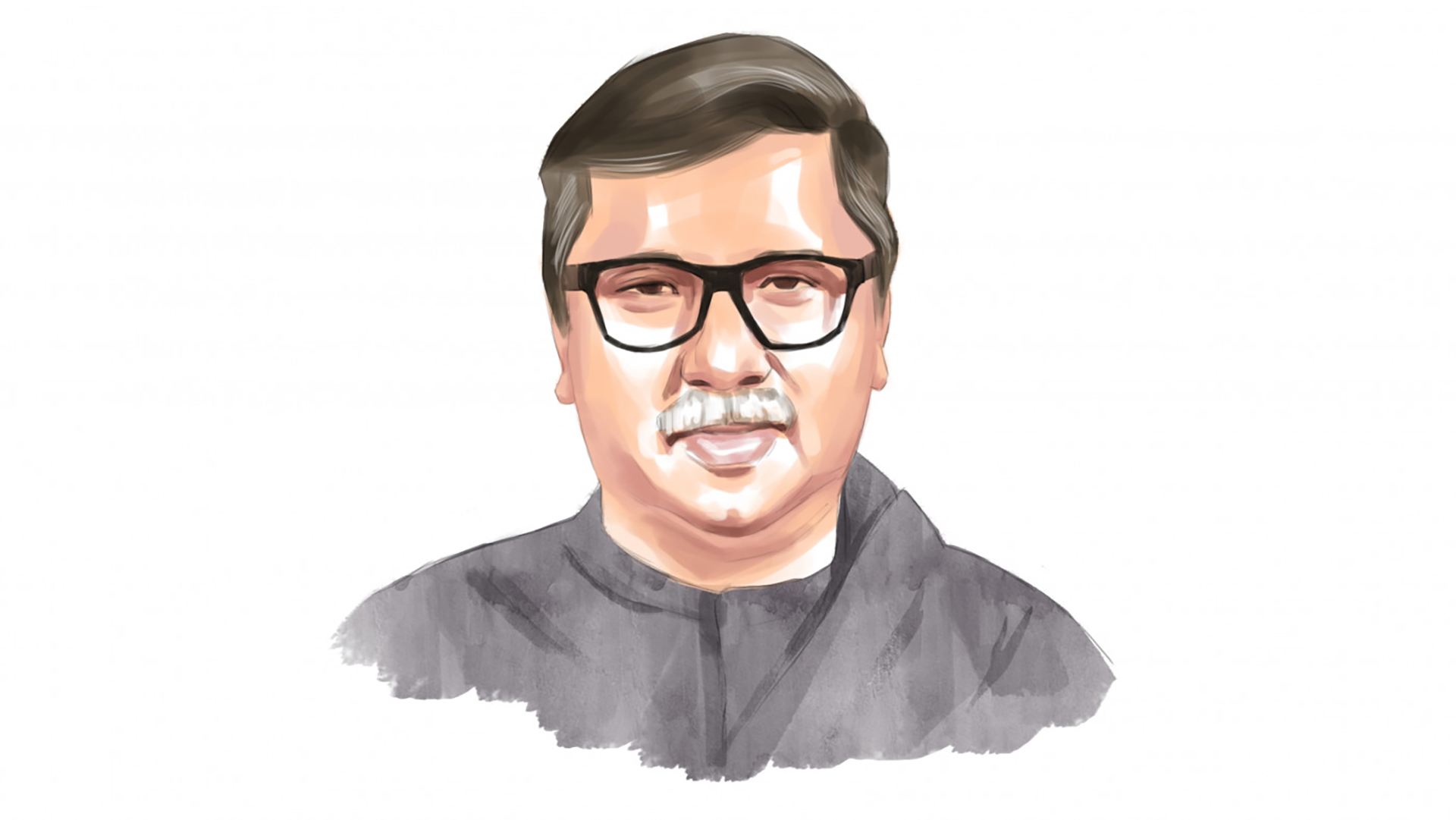 Banglar Mela, founded in 2001, paved the way for countless designers who embraced the heritage of local textiles to start their own line.

“Emdad Khan is a true patriot and an activist,” said Humaira Khan, another veteran fashion designer of the country. “He gracefully blended contemporariness with traditional wear. He did a lot of experiments with men’s wear, along with women’s wear, and added new dimensions to Dhuti-Pyjama styles,” she added.

The amicable designer was also known for own signature dressing sense. His appearance was a testimony to what he preached – local fabrics with an emphasis on handwork.

“Emdad Bhai’s name is inseparable from his look. His dressing sense, his conversation style and every other thing about him spoke volumes about his larger-than-life persona. He was so passionate about everything did, ” Humaira added.

Emdad worked as a Jury board member in many fashion contests and was recognised for his contribution to the fashion industry of Bangladesh. He was the founder of Fashion Pathshala, a school of fashion and art.

Emdad Hoque was born in 1968 at Old Dhaka’s Urdu Road. He is survived by his wife, son, siblings and innumerous followers.

A few years back, Emdad went through a kidney transplant. He recovered and had been living a healthy life since then. However, about a month ago, he was admitted to the Specialised Hospital in Shyamoli due to shortness of breath. Later, he was put on life support when his condition worsened. After being in that condition for 50 days, he breathed his last at 2.16 pm on Friday and was buried at the Banani Graveyard after Esha prayers.

Emdad began his career as a fashion columnist. Later, he joined BRAC as a Program Officer in 1992, in a development programme to monitor and develop rural sericulture in Bangladesh. He became the manager of BRAC’s textile department in 1993 and was specifically involved in the production of cotton check fabrics for the RMG industry, as well as developing silk fabrics for the popular fashion brand Aarong.

Emdad later joined Grameen Uddyog as the chief product development officer. He formed Banglar Mela, a rural craft store in Bangladesh, in 2001. He has relentlessly worked with the handloom industry of Bangladesh, to develop fine jute yarn and also served as the Vice President of FDCB for the betterment of the industry.