EIS: A potential long term solution to ensuring the health and safety of RMG workers

Jasmine woke up late. She was running a fever, and late for work too. She did not have time for breakfast, instead she rushed out the door to catch a bus. When she entered her workplace and signed in the logbook on 24 April 2013, it was exactly 8:40 am.

“I managed on time,” said Jasmine, a former garment worker of Phantom Apparels.

But reaching on time brought on one of the most untimely things in her life. That day, her line manager was supposed to hand over a new task, so she was waiting at the manager’s table.

“Sitting there, I almost dozed off. The next minute, when I came to my senses, I felt things shake. First, I thought I was a little dizzy but quickly understood that it was the building,” she remembered. “It was crashing. I screamed but could not move. The next moment, a pillar fell on me and something very sharp pricked my leg,” said Jasmine. Phantom Apparels was located on the fourth floor of the now infamous Rana Plaza factory complex. 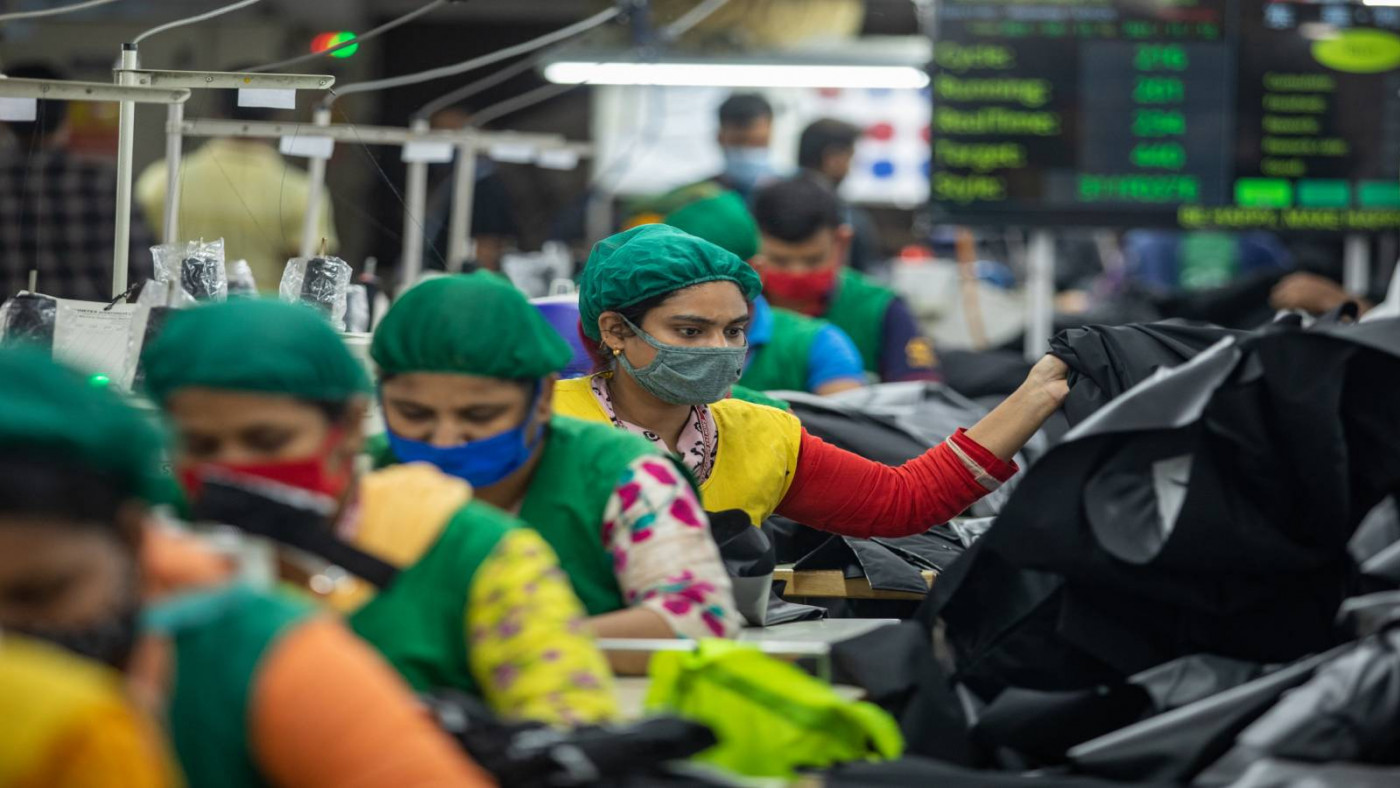 The RMG industry has undergone a transformation in terms of working conditions in factories, the next step would be to find long term solutions to protect workers against such disasters. Photo: Mumit M

Jasmine was taken to a hospital. Her treatment went on for about 18 months, free of cost, but she was never the same. “My legs are there, but they give me immense pain. Sometimes I feel it would have been good if they had been cut off,” said Jasmine, in an exhale.

Ever since, Jasmine has not been able to return to normal life or start working again. She was rendered physically handicapped, treated as a burden and started to live through a lifetime of loss.

The twin disasters of Rana Plaza and Tazreen Factory Fire in 2012 and 2013 – that killed 1,232 workers and injured 2,650 workers – dealt a massive blow to the reputation of the Bangladesh RMG industry, the second largest garment exporter in the world. It exposed to the world the inhumane conditions under which Bangladeshi workers worked in some of these factories, as well as the lack of protections afforded these workers in the country’s labour law.

Not only had all these workers lost their lives or physical abilities, but the existing laws and schemes in the country did very little to compensate them for their losses. At the time, international labour organisations, global labels, the Bangladesh government and BGMEA came together to devise a scheme to compensate the victims of the largest industrial accident in history.

Ever since, the RMG industry has gone through a transformation in terms of working conditions in factories, as well as a change in the laws to afford protections to workers. Naturally, the next step would be to find long term solutions to protect workers against such disasters.

A pilot project in Bangladesh named Employment Injury Scheme (EIS) is looking to do just that. Expected to be implemented in 2022-2023 – it will run for three to five years and will be fully funded by international brands and central funds from BGMEA.

Basically, EIS is a calculated percentage of the workers’ wages that is paid by the employers. Each employer will pay 0.033% of each employee’s salary to the central fund and at times of crisis, it will be provided to the workers based on their need. In this process, employers (small/medium/large; solvent/insolvent) are expected to contribute reasonably and protect respective workers equally.

Once the pilot project is completed, the garment owners will continue this project – which brings us to the question, whether owners will be willing or able to pay this percentage.

Asif Ibrahim, director of BGMEA and managing director of Keilock Newage Bangladesh Ltd. responded, “The pilot project is run by the international brands and central fund. We [BGMEA] are already contributing to the central fund. So, after three to five years, when this project will be in motion, there will be a structured system in place. 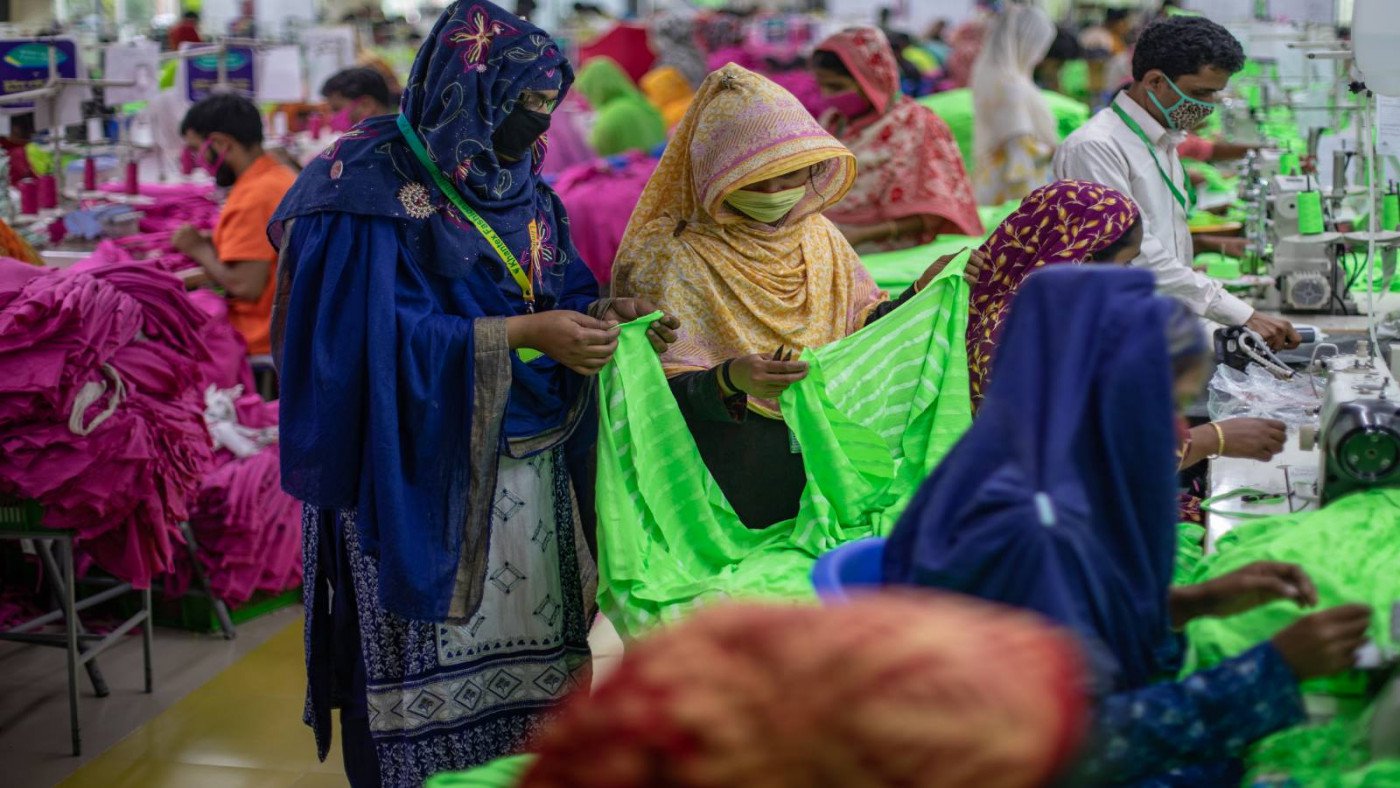 Hopefully, by then owners would not have to struggle to run it.”

Since the Rana Plaza collapse in 2013, ILO has been working with the government of Bangladesh, and other industry partners on improving working conditions in Bangladesh’s Ready Made Garments (RMG) sector.

EIS has been proposed according to the Employment Injury Benefits Convention, 1964 (Convention 121). It has three pillars – prevention, rehabilitation and compensation – beneficial for both stakeholders and workers. It is mainly for workers affected by work-related injuries and diseases who are entitled to medical care, rehabilitation services and compensation (loss of earning). 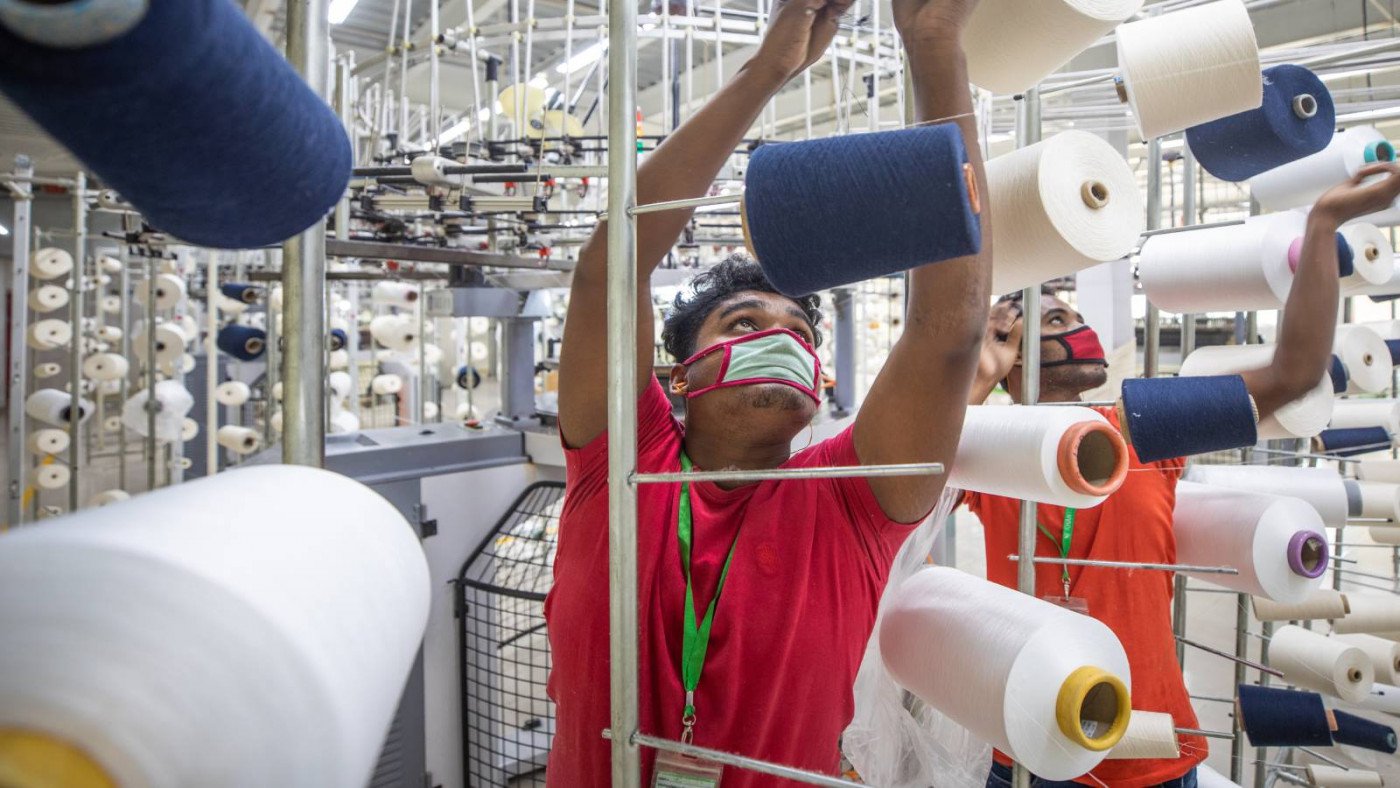 “The pilot will initially include factories covering around 150,000 workers. It is divided into two phases. Phase I will develop recommendations to improve (if required) the existing practice in addressing temporary incapacity. It will also work with the factories to improve the capacity of enterprise clinics.

Building on these recommendations, Phase II will continue to transform the learning from the trial into a sustainable and nationally owned scheme fully embedded in the national normative framework,” explained Tuomo Poutiainen, Director, ILO Country Office for Bangladesh.

This year in March, the Institute of Health Economics of Dhaka University (DU) revealed that 40% of the country’s RMG industry’s workers, out of 42 lakh, are deprived of medical treatment due to the high cost of healthcare.

Dr Ruhul Abid, President and Founder of Health and Education for All (HAEFA) in an interview earlier this year with The Business Standard said he speculated that around 60% to 70% of workers in this sector are deprived of healthcare.

“I believe at best 10% to 20% of factories ensure this fundamental right [healthcare] for their workers and I doubt even one percent of our garment workers have health insurance coverage,” he said during the interview.

A letter of intent for EIS had been signed between the Governments of Bangladesh, Germany and ILO in 2015, but it took a long time to make this much progress. Later, in early 2020, a broad level consensus was reached with the employers to initiate a trial of an EIS project. However, due to the Covid-19 pandemic, the initiative had to face a setback.

Now, ILO and the German Agency for International Cooperation (GIZ) are assisting the MoLE in developing and implementing a trial on an EIS to display its benefits to employers, workers, brands and buyers and the government. In parallel, they are working on the EIS system administrative mechanism and organisational agreement to establish a permanent EIS.

Quamrul Ahsan, an advisory member of Bangladesh Institute of Labour Studies (BILS) and President of Jatio Sramik Federation, said, “Why has such an initiative been taken after all these years? Usually, in countries with an EIS scheme, brands do not face any legal risk in case of work-related injury or disease as the scheme takes the responsibility.

Brands and buyers are putting constant pressure on this industry for its back-to-back reprehensible incidents in recent times. I do not think the government has any goodwill for workers, otherwise how could so many accidents happen in such a short period.”

When pointed out the NSSS initiatives, Quamrul responded, “Before implementing anything, we should have a look at the state of implementation of government initiatives. Take, for example, the Department of Inspection for Factories and Establishments (DIFE). Are they carrying out their designated tasks? Are they implementing the existing strategies and laws? Once we ensure DIFE is effective, we can figure out which scheme or strategy will work for us. But I appreciate this; at least some steps have been taken due to international pressure. Maybe this time, things will be changed.” One can hope.