Borrowing its name from James Bond and Einstein, ‘Bondstein’ was founded by two university students who have been friends since the sixth grade and bonded over their inherent interest in ‘making something new’

On 26 May this year, Mir Shahrukh Islam and Zafir Shafiee Chowdhury received an email from Forbes. “Mind was blown,” Zafir recalled. And within the hour, they were named in the Forbes 30 under 30 Asia list representing Bangladesh under the category ‘Industry, Manufacturing and Energy.’

Forbes reached out to the duo late last year to ask for information, references, contacts, and what have you for their 2014-founded IoT (Internet of Things) company: Bondstein Technologies. With this latest accolade comes international recognition, adding to the national and regional awards the company already won. So what exactly is IoT? It means connected devices which communicate over the internet, and that make up the IoT network. 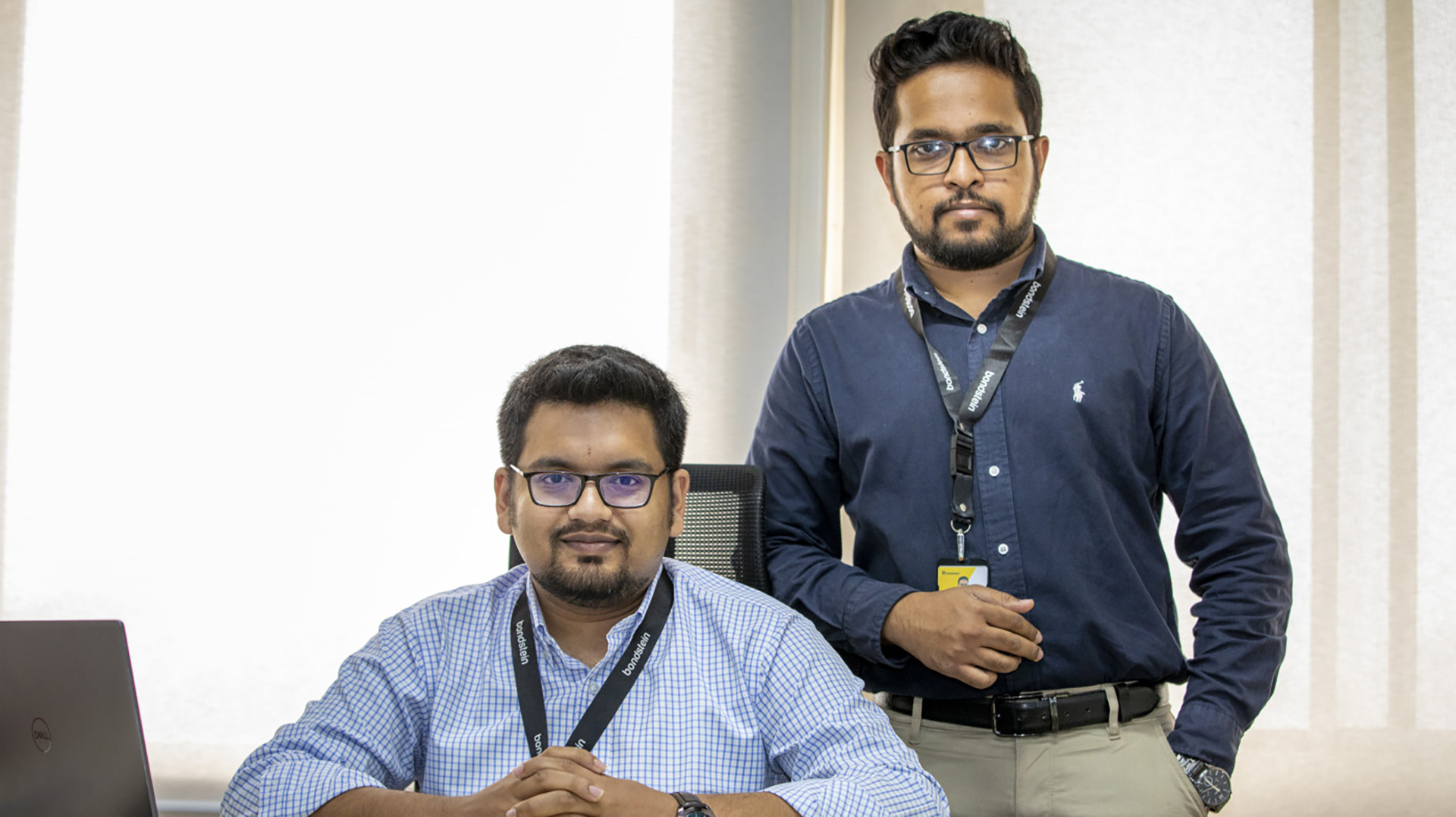 “As we know the internet connects people,” said Shahrukh, “but what if machines talk to each other? [via the internet] Can you imagine the possibilities?” So for instance, your car and your home air conditioner can be programmed and synced through the use of the internet, and when you drive into your home, it can alert the AC to turn on on its own.

The work they do and the apps they build

And as an IoT company, Bondstein Technologies, primarily, builds cloud modules (among other things) to enable communication between devices.

“We have a proprietary IoT cloud that processes 30 million data daily,” said Zafir. The company produced the cloud, the software (modules) and the hardware (apps on phones). “And it’s all home-grown, made in Bangladesh,” he added. 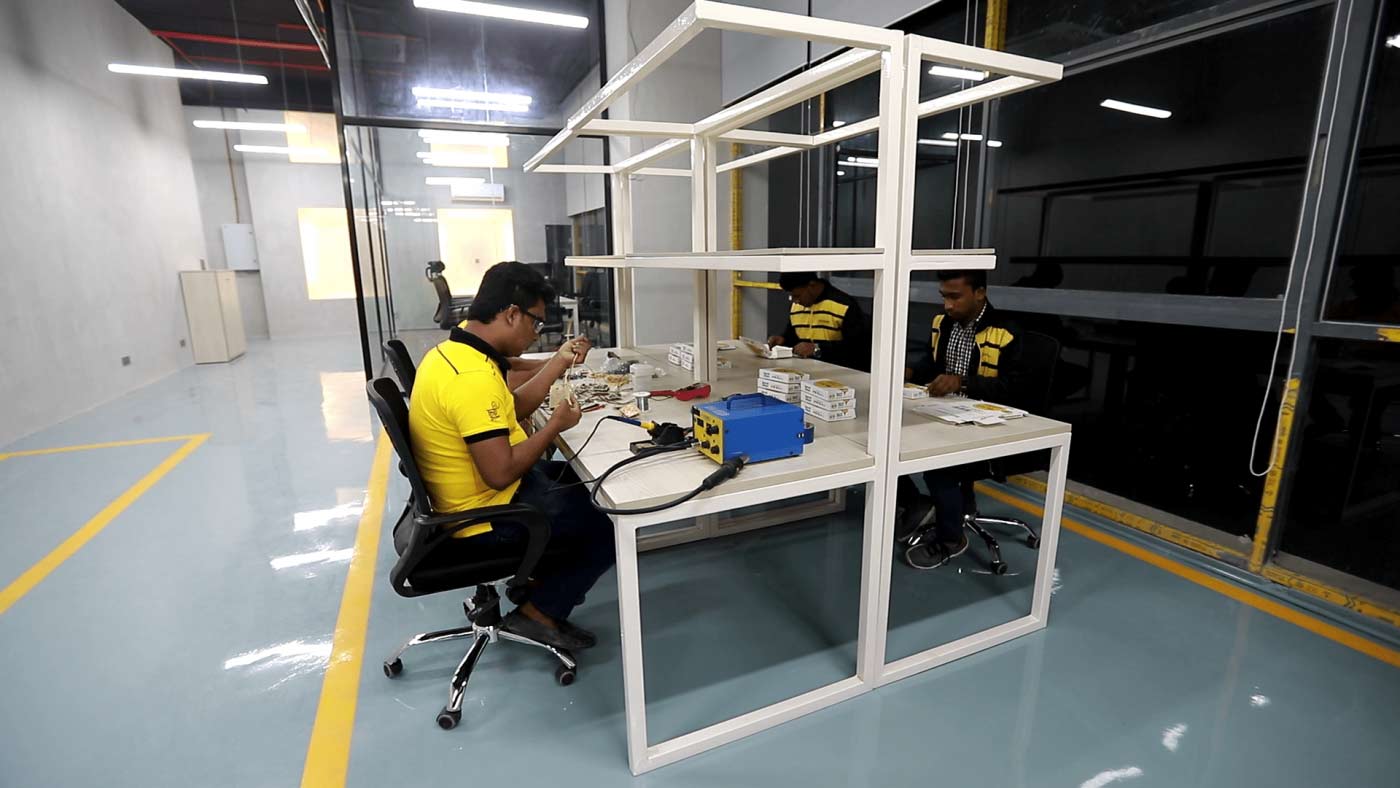 “Our biggest selling product is an intelligent management tracking system,” said Zafir. Essentially, it is an IoT module which connects cars to the internet and enables the tracking of cars. “So you can see, in real-time, if your driver is accelerating, driving beyond a fixed time window, harsh braking and more,” Zafir explained.

It also has an app, “and like Netflix subscription, you can subscribe to it,” said Shahrukh. This is popular among multinational companies which have a fleet of cars for their daily operations.

Bondstein Technologies won the Asia Pacific ICT championship award in 2019 where Shahrukh and Zafir beat competitors from China, Vietnam, Taiwan, Malaysia and India among others, for a “remote power monitoring solution” which can essentially monitor generators, how much power it is consuming, etc.

The company also worked with the government in 2015 to build a system that can prevent exam paper leaks. “The exam paper solution is a testament to how you can use IoT solutions to solve national problems,” said Shahrukh.

Bondstein Technologies have built and sold several products over the years.

From science clubs to Forbes 30 under 30

What was your answer in school to ‘what do you want to be when you grow up?’

“Elon Musk!” said Shahrukh, pointing to Zafir. They both laughed.

“I think it varied for me,” explained Zafir, who later wanted to be a scientist and then a doctor. “But watching 3 idiots changed my perspective. I started to think I have to pursue my passion regardless of what others think,” said Zafir.

And for Shahrukh, “I always thought I wanted to be a leader, an innovator,” he said. While new challenges give Zafir the adrenaline rush, Shahrukh feels pumped to structure ‘crazy ideas’ and innovation concepts into a formula.

So, what is their backstory? Many moons ago, two Government Laboratory High School students met in their sixth-grade classroom. Shahrukh and Zafir became friends. Quickly. But little did the middle schoolers know the success that lay ahead. It was the inherent interest in “making something new” that bonded these two young boys. Shahrukh’s interests in computing and web development and Zafir’s interest in electronics and science projects paved both their way to their IoT future. 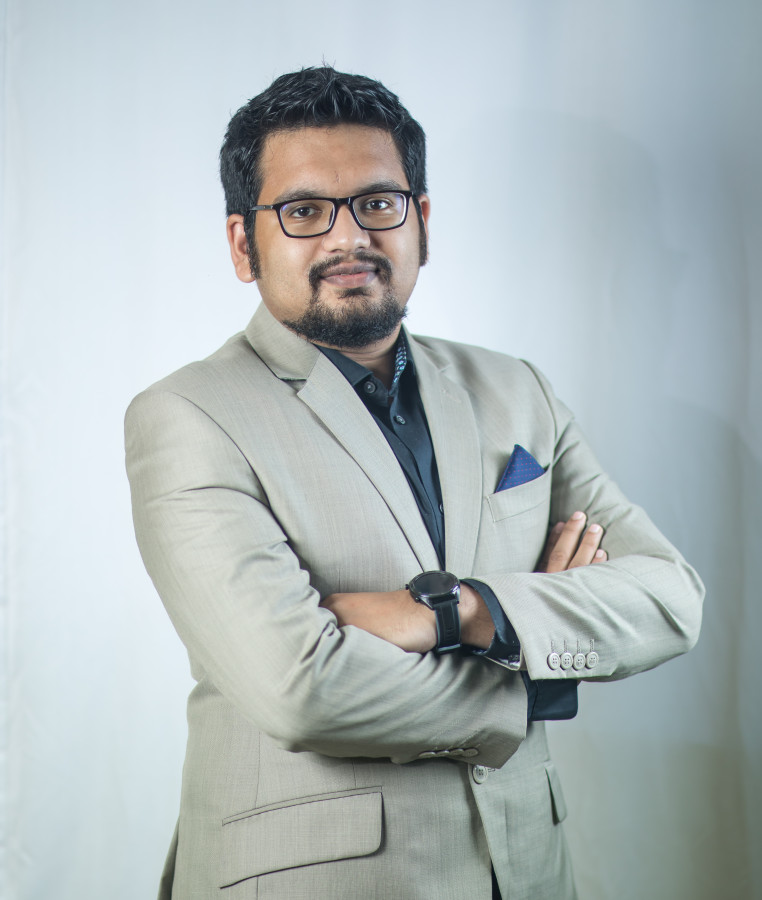 After completing their SSC exams, a “batch community” in school prompted their first official venture working together on a science project. This was a turning point. It involved reaching out to people to convince them to sponsor an event. They raised Tk15 lakh.

Shahrukh and Zafir later enrolled in Dhaka College and eventually became an integral part of their batch’s science clubs. “I was made the president,” recalled Zafir, “and Shahrukh the vice president.”

They made a name for themselves. But soon, they parted ways. After college, Zafir went to BUET and Shahrukh went to IUT in Gazipur, both majored in electrical engineering. 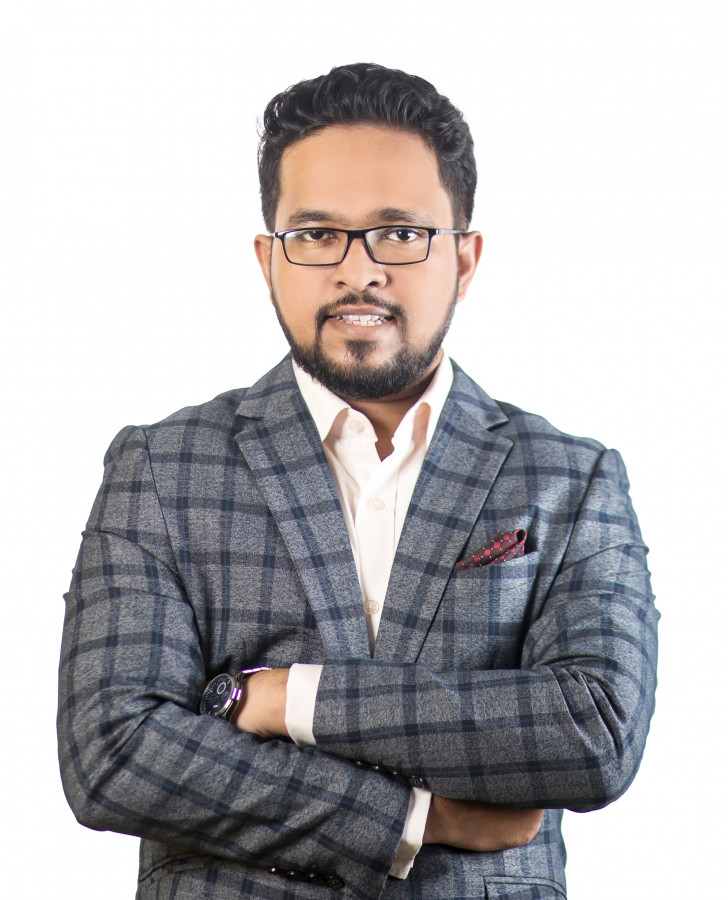 Different institutions, sure, but the two friends continued working together. Because of their success with science projects during their school and Dhaka College days, “boro bhais” asked them to come up with solutions to science problems and also helped them grow their network.

“We rented out a shared office space in Bashundhara,” said Zafir. “A mid-point for us to meet between our campuses in Gazipur and Polashi,” said Shahrukh. The year was 2012 and they were first-year university students. So for months and weeks, Zafir and Shahrukh met at their office, with one hired part-timer, after their classes, and worked late nights, coming up with science and tech solutions for projects they landed from boro bhais.

While Shahrukh would sneak back into his IUT dormitories late at night, Zafir had a supportive mother waiting at night to let him in the house late at night after work. “My father had no idea,” reiterated Zafir.

Their network grew. Their client base grew.

“Now we have 125 employees in total,” said Zafir, “across three offices for two companies.” Bondstein Technologies, the IoT company, is a by-product of their first 2012-founded Singularity company.

The way the duo likes to describe their first brainchild is, “you know how Google has a GoogleX arm? Well, for us, Singularity is like that. It is where we experiment, test out our ideas, and it is not only IoT-based,” they said. The first commercial project of Singularity earned them Tk40,000. And now, they earn around 100 times more.

“You need to have a lot of patience because the market is still in a very, very early stage. If you have the right product. And if you have the patience. This is the best platform, the best industry to be in,” said Shahrukh, “it is set to expand like anything. Just look at the top tech giants like MAANG, they are all heavily investing in IoT.”

“The first three years was a struggle for us,” said Zafir, adding “go work for the idea, work out of the bubble.” They said, while the ecosystem is building up, now is the opportune time to work in the IoT industry in Bangladesh. Shahrukh and Zafir also mentor younger companies and even  became angel investors for a select few. And a plan is essential, they said, “burning investors’ money will not help to grow in the long run, it will help you find the perfect product, sure, but not grow.” 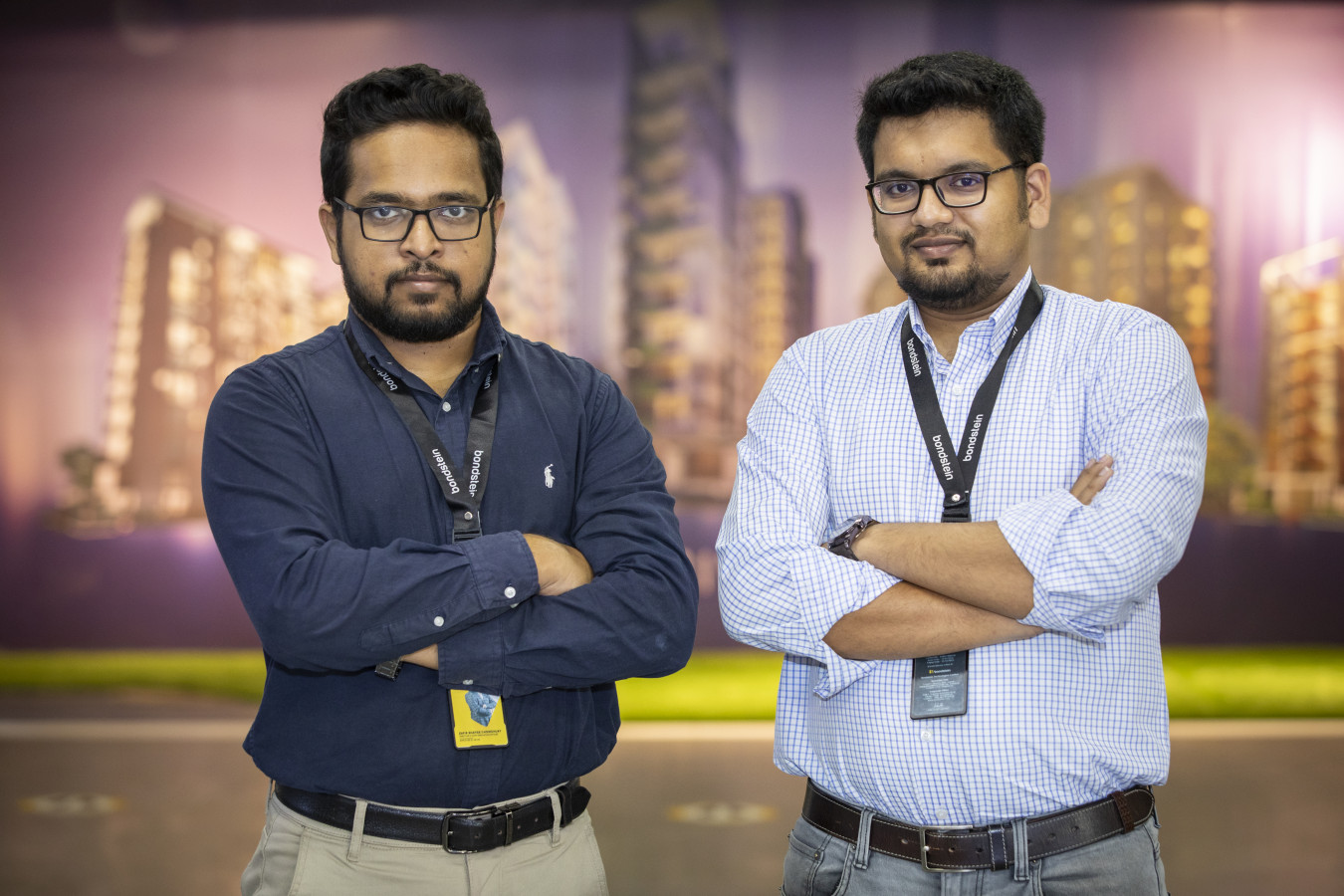 Since they started out, they relied on their own profit margins to build and expand their operations. Bondstein Technologies took investors’ money only last year in October. “And our investors are giants in their industries,” they pointed out. “It is always okay to take investors’ money,” said Shahrukh, “but for us, we did not opt for it till we were confident that we can turn $1 million into $50 million.”

So, can you do that now? “Absolutely, yes,” Shahrukh replied.