Bangladesh’s first computer and the man behind its arrival here

In 1964, Pakistan found its first qualified operator of a computing and tabulating machine in an unlikely place- East Pakistan.

In the 1960s, when the the disparities in education between the erstwhile East and West Pakistan was monumental, the Pakistani regime found a mathematics genius emerging from its marginalised Bengali subjects.

At the time, British academic Adam Curle estimated the East Pakistan’s literacy rate at 19.9 percent and not more than 20 percent students in the province got enrolled in grade five. The then Pakistan government could not have imagined that a qualified operator of a computing and tabulating machine would be found in East Pakistan in 1964.

So when the US-based technology giant International Business Machines Corporation (IBM) shipped a 1620 model mainframe computer to Karachi Port as a gift to the Pakistan government, they primarily planned to install it at Pakistan Atomic Energy Commission’s Lahore office.

But the PAEC’s hunt for an IBM 1620 operator across the West Pakistan went in vain. The lone person in whole Pakistan who had training on mainframe computer, Md Hanifuddin Miah, a Bengali, lived in Dhaka. A young man then, Hanifuddin had just completed training, particularly on analogue computing technique and digital computer programming, from the Czechoslovak Academy of Sciences. 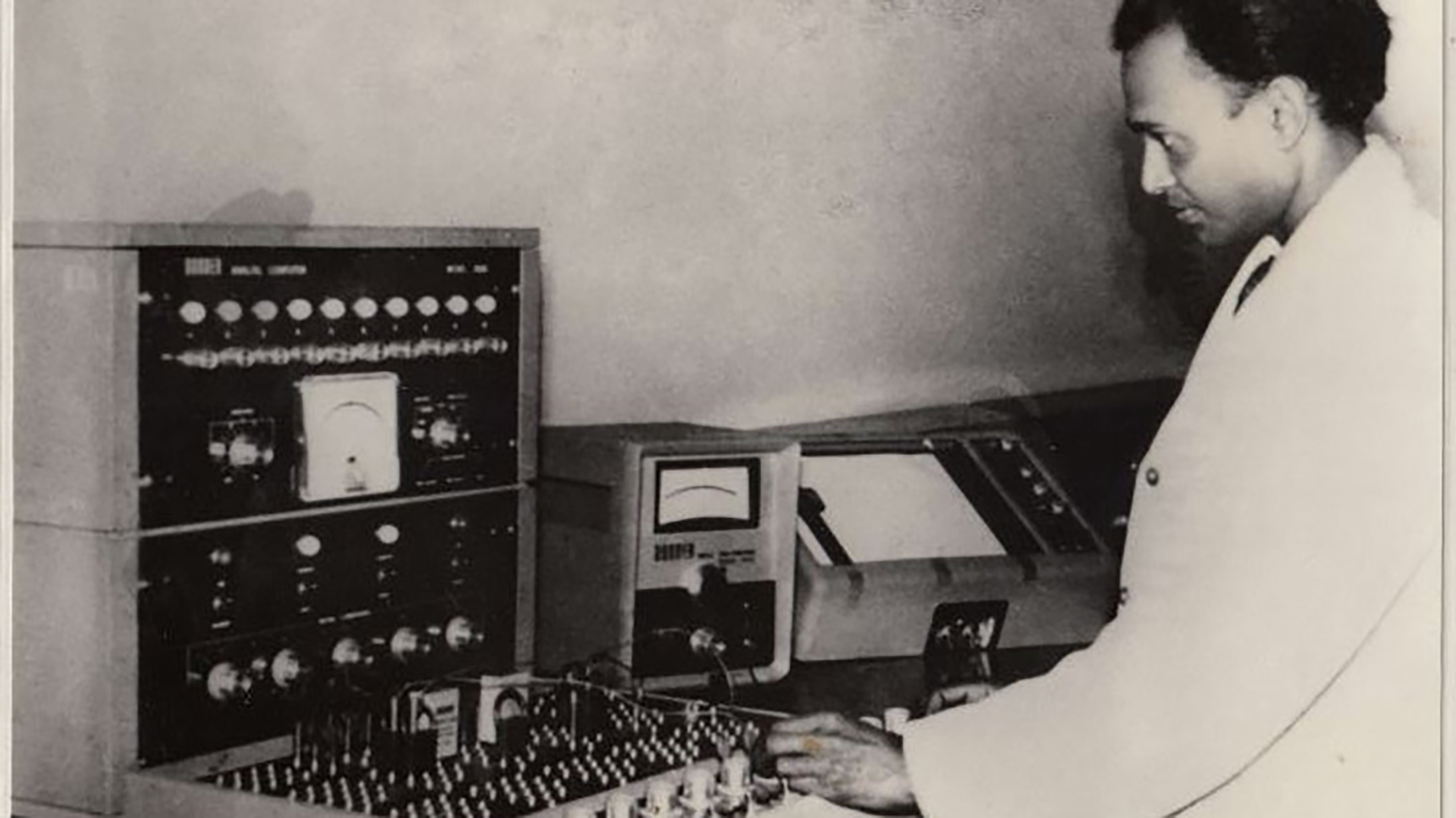 PAEC offered him a lucrative job in its Lahore office. But Hanifuddin, a home-sick and pro-Bangladesh enthusiast, refused the offer, saying he would not leave his country.

“His stance was historical. Because of his refusal, PAEC was compelled to send the computer to Dhaka. It was a milestone in introducing computer in this land,’ said Mustafa Jabbar, the posts, telecommunications and information technology minister.

After installation of IBM 1620 at PAEC’s Dhaka centre adjacent to Dhaka University’s Teachers-Students Centre, Hanifuddin was appointed to operate the machine, which was the second of its kind in South Asia. 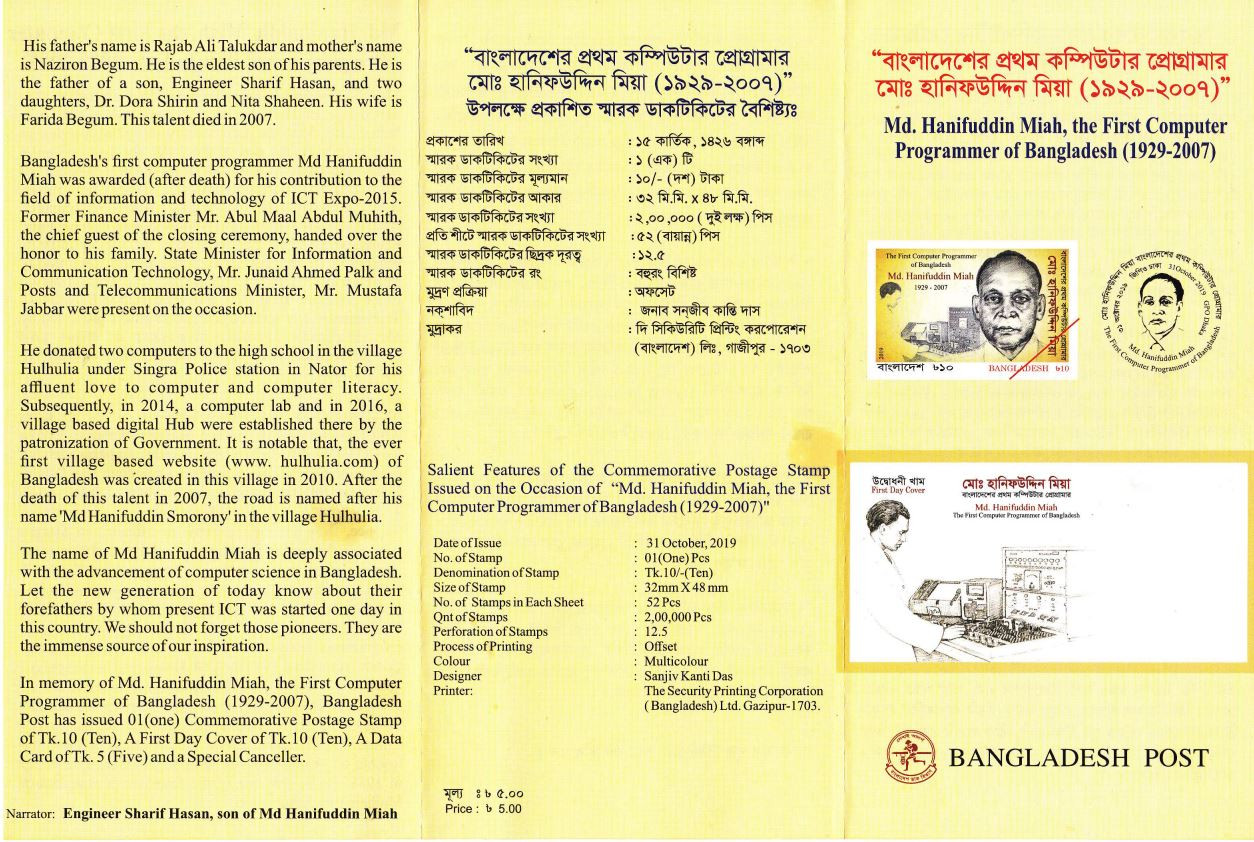 According to IBM’s website, the 1620-model mainframe computer featured a general-purpose, stored-program data processing system for solving complex problems in the areas of engineering, research, and management science. IBM introduced it on October 21, 1959 and discontinued production on November 19, 1970. Initially after installation in Bangladesh, the data analysing machine was used by a few Dhaka-based researchers mainly.

Retired geography professor at the Dhaka University, AMM Amanat Ullah Khan, was among the researchers we could reach.

In 1973, the professor used the computer to find the relation between land prices at some places in Dhaka and the city centre, calculating the distances within.

Using the computer, rather than analysing the data, was his first intention though.

He saw that the computer occupied a large enclosed hall room. Only a corner was kept open for data input and output. Each user had individual identification number for accessing the machine.

The machine took at least 45 minutes to open.

Professor Khan recalled, “For input, we wrote all the data (values) on bundles of IBM paper tape punch cards. The next part of the machine was a card reader which prepared the data for analysis. A number of operators needed to run the analogue machine. Finally, after a while, users received printed output in mail.” 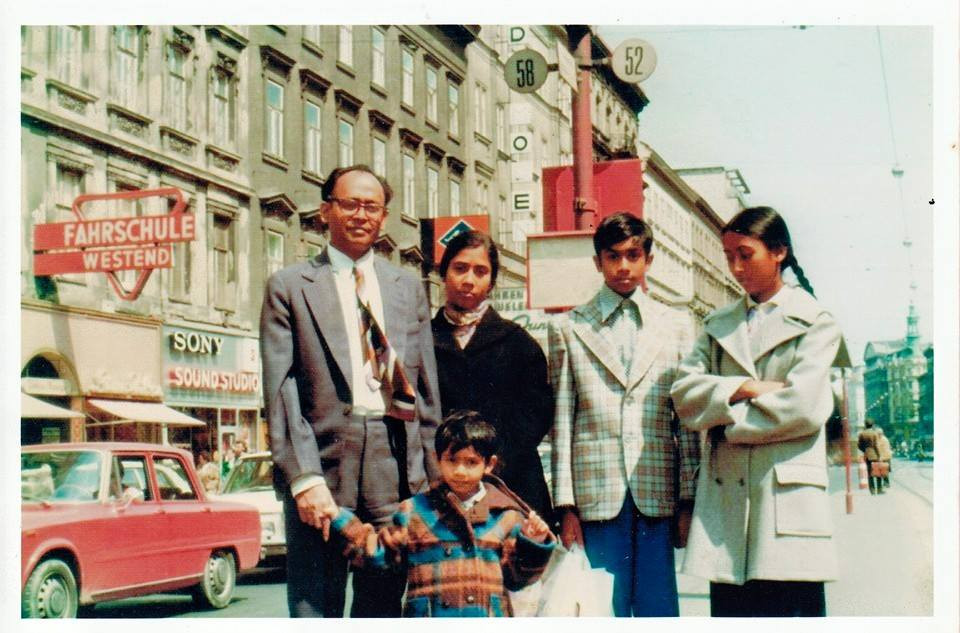 Although the Professor had already anticipated the result, the IBM 1620 confirmed him in a mail– ‘There is a strong relationship between distance from the city centre and the price of the land.’

All these years later, Amanat still uses advanced spatial data analysis software. But he still preserves some of the IBM punch cards as a memory of Bangladesh’s first computer.

On July 5, 1980, the IBM 1620 was declared totally dysfunctional. Later in 2001, Bangladesh Science and Technology Museum took it in as an exhibit.

“If we discuss the first use of computer in Bangladesh, Hanifuddin’s name comes first,” said Mustafa Jabbar, who is also a technology entrepreneur best known for developing the Bangla keyboard Bijoy.

Born at Hulhulia village in Natore district on November 1, 1929, Hanifuddin was the eldest among three children of M Rajabullah Talukder and Naziron Bibi. The agrarian family was solvent. After Rajabullah’s demise, Hanifuddin stayed far from his home as a lodging tutor to continue his study at Chaugram High School.

“Not all the heroes fight with firearms. There are some who fight by opposing influential people or by refusing instant benefits for the betterment of the motherland. Hanifuddin was one such hero,” By Mustafa Jabbar posts, telecommunications and information technology minister. 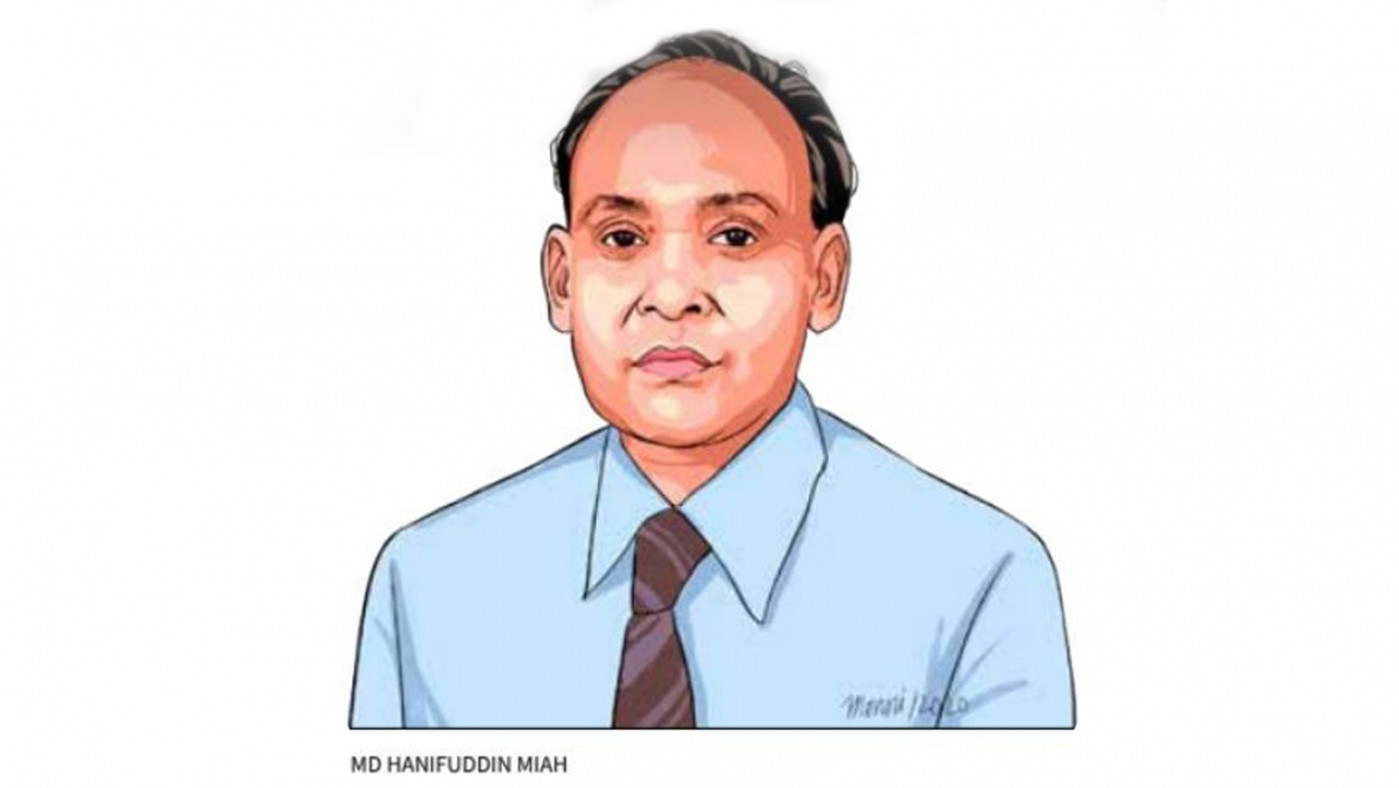 Before joining PAEC’s Dhaka office, Hanifuddin taught mathematics to undergraduate and post graduate students for eight years. In 1960, he attended the Institute of Information Theory and Automation in Prague, of then Czechoslovakia.

He retired from Bangladesh Atomic Energy Commission as director of computer service division.

In 1975, he received training on Operating System and System Programming at IBM Research Centre in London. From then to 1980, he worked as a programme analyst at International Atomic Energy Agency (IAEA).

On March 11, 2007, the pioneer of computer in Bangladesh, breathed his last. He left his wife Farida Begum, son Sharif Hassan, daughters Nita Shahin and Dora Shirin.

Despite being a computer science and numerical mathematics professional, Hanifuddin was an art and literature enthusiast. He was proficient in English, Czech, Urdu, Hindi, Arabic, Russian and German.

Engineer Sharif Hassan said his father used to spend leisure time studying. He was also a fan of folk music. “Whenever the radio aired folk songs his face looked enthralled,” he said.

Sharif can still recall his father reading books and listening music at their rented house in Azimpur.

Hanifuddin loved the village. He was an introvert leading a simple life like a rural folk.

Mustafa Jabbar, who first brought Hanifuddin to media through a Bangladesh Television programme in 1997, terms it unfortunate that very few among the new generation know about Hanifuddin’s contribution.

“I fought in the Independence War in 1971. People honour the freedom fighters as heroes. But not all the heroes fight with firearms. There are some who fight by opposing influential people or by refusing instant benefits for the betterment of the motherland. Hanifuddin was one such hero,” Mustafa said, adding that Hanifuddin’s biography should be included in the national curriculum.

On June 17, 2015, the ICT Division and Bangladesh Computer Samity jointly honoured Hanifuddin posthumously during Bangladesh ICT Expo 2015. The government has developed a computer hub at his village Hulhulia.

In a more recent move, Bangladesh Science and Technology Museum has decided to dedicate a corner in memory of the computer pioneer.