Earlier this month, Dubai announced it has ordered 4,000 driverless taxis for rolling out by 2023, becoming the first major city in the world to steer its transportation towards the fully autonomous route.

The order was placed with General Motors’s driverless car unit Cruise Automation — and a software engineer hailing from Dhaka is in charge of making sure these autonomous vehicles function without any accidents out on the road.

Jabeer Ahmed is in charge of developing the sensory system in Cruise’s autonomous vehicles. The system predicts the traffic behaviour on the streets to allow the car to drive autonomously with safety and accuracy.

The Business Standard recently caught up with him to learn of his journey from Dhaka to a company ushering the future of transportation.

For Jabeer, stumbling into the world of driverless vehicles was pure serendipity.

In 2006 — three years before Google kickstarted the driverless agenda by way of a project named Waymo — he set off for the US for further education after completing his A-Levels from Mastermind and O-Levels from Scholastica.

But his destination was not a university famed for modern science, engineering, mathematics and technology but a liberal arts college in a city famed for its anti-conformity vibe and liberal spirit.

In 2010, Jabeer graduated with a Bachelors of Arts degree in Physics with a minor in Computer Graphics from Lewis & Clark College in Portland, Oregon.

Few weeks before his graduation, he had applied to the biomedical engineering department of Oregon Health and Science University (OHSU) as a software developer/research assistant — an uncalculated move that went on to decide his career trajectory.

He was selected for the position, which involved him being part of a team that successfully developed a high-precision 3D scanning system to acquire profilometric information of infant patients with cleft lip and cleft palate. 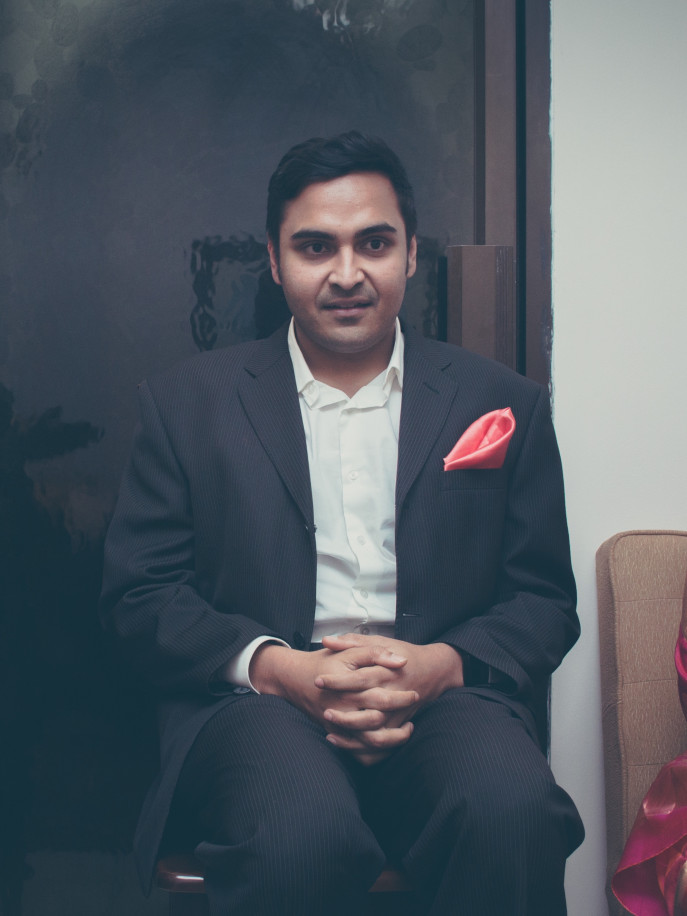 He was also part of a team that developed a multi-camera 3D imaging system using structured light illumination.

The work gave him the gratification he always wanted and decided that to gain further knowledge in the field.

Alongside working at OHSU, he pursued his Master’s degree in Computer Science with a focus on Micro Architecture from Portland State University.

As part of the degree, he bagged a six-month internship at the Silicon Valley landmark Intel at their headquarters in Santa Clara, California.

At Intel, he was responsible for implementing computer vision applications for wearable devices on Android platforms including developing custom P2P video streaming algorithms for a year.

Impressed with Jabeer’s performance during the six-month stint, Intel offered him a permanent position as a software engineer at their Portland campus in April 2014.

This time, he was responsible for developing and releasing Intel RealSense SDK for Android, particularly for Google Glass, the tech giant’s foray into wearable technology. 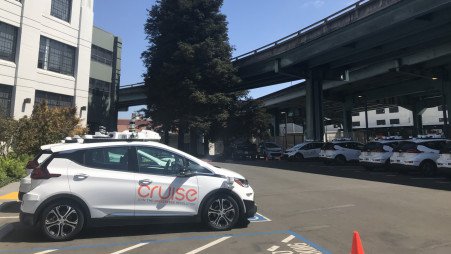 A Chevy Bolt parked at the Cruise headquarters in SF. Photo: Courtesy

“My topic of research at that time was taking over the industry and just then I landed a job at Intel,” said the 34-year-old from his home in the quiet settings of upstate New York, where he moved to in June last year taking advantage of Cruise’s Work From Home policy until July this year for the pandemic.

Intel then was big on partnering with other companies that made virtual reality systems and tried to work with automotive partners.

In 2017, he was made a part of the Intel team that was developing AI systems for autonomous vehicles.

“In essence, I got in touch with Cruise while I was working at Intel,” said Jabeer, who plays a host of musical instruments in his free time.

Soon after, Cruise Automation — the self-driving tech start-up that was scooped up by General Motors a year earlier for about $1 billion — made him an offer that he could not refuse.

Within a month, he packed up his life in Portland, where he has been based for 11 years, and moved to the gritty San Francisco to become Cruise’s 100th employee.

He started as a Perception/Prediction Engineer, which entailed developing machine-learned models for predicting the traffic behaviour on roads, working long hours out of cramped office space in the heart of downtown San Francisco, where real estate is amongst the costliest in the world.

Today, Cruise has a headcount of 2,500 and three plush office buildings in the centre of San Francisco, thanks in part to subsequent rounds of funding from SoftBank’s Vision Fund and Honda.

At Cruise, Jabeer dived into setting up the foundation for the infrastructure for large-scale data collection, annotation and parallel training.

In January this year, Microsoft invested $2 billion in Cruise, giving the autonomous driving vehicle company a $30 billion valuation — in the strongest indication yet of where the future of driving is headed.

While Google’s sister company Waymo took the lead last year when it launched the world’s first truly driverless taxi service in Phoenix, Arizona, Cruise and Zoox are making headways in the race for commercial-grade autonomous vehicles.

Last year, Cruise unveiled its flagship ride-hailing vehicle, the Origin, an all-electric vehicle resembling a lounge on wheels with no steering wheel or pedals, which the Chrysler Pacificas used by Waymo cannot boast of.

And it is 4,000 units of this model that Dubai commissioned, and Jabeer is in charge of its product localisation, mapping and calibration by way of AI —
quite a long way off his academic background.

“I went to school to study physics, which was not computer science or AI-related in nature.”

But AI requires heavy usage of mathematics, for which he has a particular passion.

He counts himself as a big fan of American theoretical physicist Richard Feynman and can spend hours solving maths equations just for fun, like one would while away the hours solving a Rubik’s Cube.

“My previous mathematics-based work at Intel and elsewhere connected itself with Cruise. For me, it is the mathematics that really matters.”

What particularly helped was one of the projects he worked on called ‘FastCAM’ at the beginning of his career in OHSU.

It is essentially a super-fast camera technology that observed a particular type of medicine being administered to the body.

Jabeer and his team built a camera that took 500 million frames per second. The camera is not a single unit; it is an entire room fitted with this technology.

As the conversation drew to a close, one could not help but ask if the autonomous vehicles he is helping build will ever ply the streets of his hometown and he had a less sanguine answer.

“It is not feasible for these cars to roam the streets of Bangladesh, less because of technological factors and more owing to market viability issues.