About 98% of the retail market in Bangladesh is concentrated in more than 4.5 million local grocery stores scattered across the country. Having to deal with multiple suppliers, distributors, and wholesalers for sourcing their products, the owners of these stores face a lot of problems constantly. Due to shortage of goods, the uncertainty of prices, and lack of full delivery support their business activities are hampered every day. On top of those issues, almost 72% of retailers sell their products on credit but only 27.5% get to avail loan facilities. These fundamental problems prove to be major barriers to business for these small retailers.

Launched in December 2019, B2B e-commerce platform Mokam aims to address the challenges retailers face in Bangladesh. Mokam sells all kinds of products for retailers and provides next-day door-step deliveries. The company has agreements with the country’s largest manufacturers and distributors to ensure quality products are available at the right prices. On top of that, retailers can purchase products on credit through the same app using Shopup’s embedded finance service Baki.

Mokam says it currently supplies products in more than 60 districts of the country. The company claims it ensures that retailers receive their desired products straight to their doorsteps regardless of any natural calamity or lockdown. The company received several accolades last year including the best B2B e-commerce platform award in the country and the fastest-growing B2B e-commerce platform title by Global Economics. 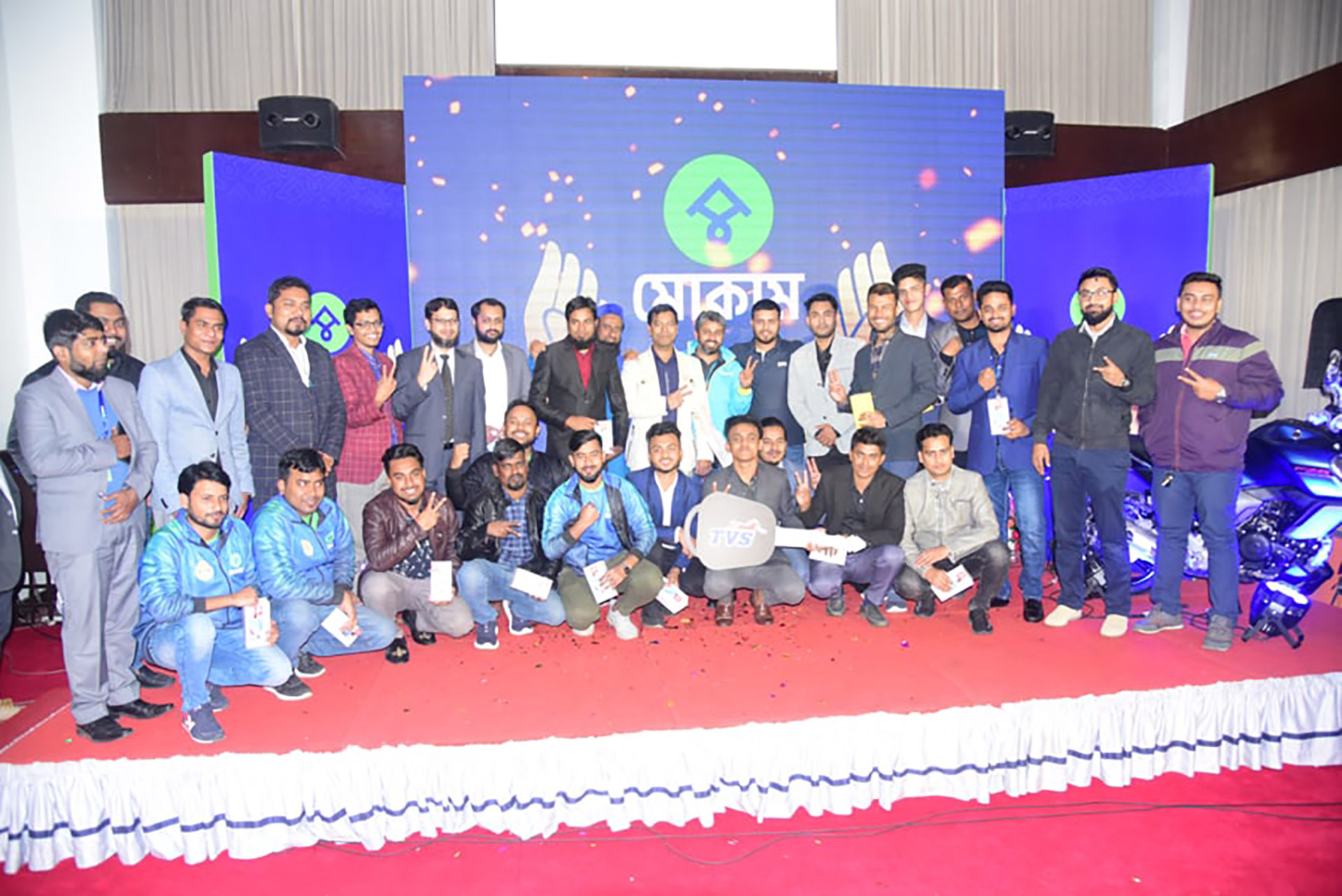 Mokam sees retailers, wholesalers, and partners to be the most critical players in its success and the company seeks to build and maintain strong relationships with them. To that end, to recognize its partners, Mokam has recently organized an event called “Mokam Poribarmela”. The retailers, wholesalers, and Mokam Partners of Dhaka were gifted attractive prizes such as a Yamaha FZ, three Yamaha Salutos, two 110 cc and 150 cc bikes, two iPhone 13, five Dhaka-to-Nepal tour packages, five 5G smartphones, eleven 4G smartphones, dinner at a 5-star hotel, and prize bonds. In a glamorous ceremony hosted at Gulshan’s Spectra Convention Center, 39 retailers, wholesalers, and Mokam Partners were handed these prizes.

Muhammad Shumon Ahmed, a Mokam partner from Mirpur,  said, “My business has become more profitable than before after starting business with Mokam. I wish Mokam continued business prosperity. Events such as this will inspire us to do business with more gusto.”

The world runs on incentives and mimesis. The event should allow Mokam to build better partnerships while also having the attention of other retailers and potential partners who are not already on Mokam.

Mokam Chief of Staff Md. Ziaul Haque Bhuiyan echoes this: “We want to go further in implementing the conviction that started the journey of Mokam, which was to change the lives of retailers for the better. Mokam isn’t just a business but a family of retailers, wholesalers, and Mokam Partners.”

Mokam is one of the three products of Dhaka-based B2B commerce startup ShopUp. ShopUp has so far raised $110 million in total investment, the highest among all startups in Bangladesh, from some of the big-name global venture capital firms.