Industry insiders estimate that Bangladesh’s budding chip-design industry currently earns up to $5 million annually while neighbouring India is earning around $60 billion. TBS sits down with the country’s leading chip-design company to find out what’s holding Bangladesh back from being the next chip-design powerhouse.

Uday Hasan, a graduate from Bangladesh University of Engineering and Technology (BUET) with a major in Electrical and Electronic Engineering (EEE), took up an unusual job four years back that his friends and family understood little of.

“Every day, technology is advancing. The size of a mobile phone remains the same but its performance and speed keep getting better, thanks to advancements in VLSI chips,” said Uday, now a senior design engineer, sitting at his desk at the Neural Semiconductor Limited office in Uttara. VLSI chips are made of transistors. Even a one-centimeter chip is filled with billions of transistors. 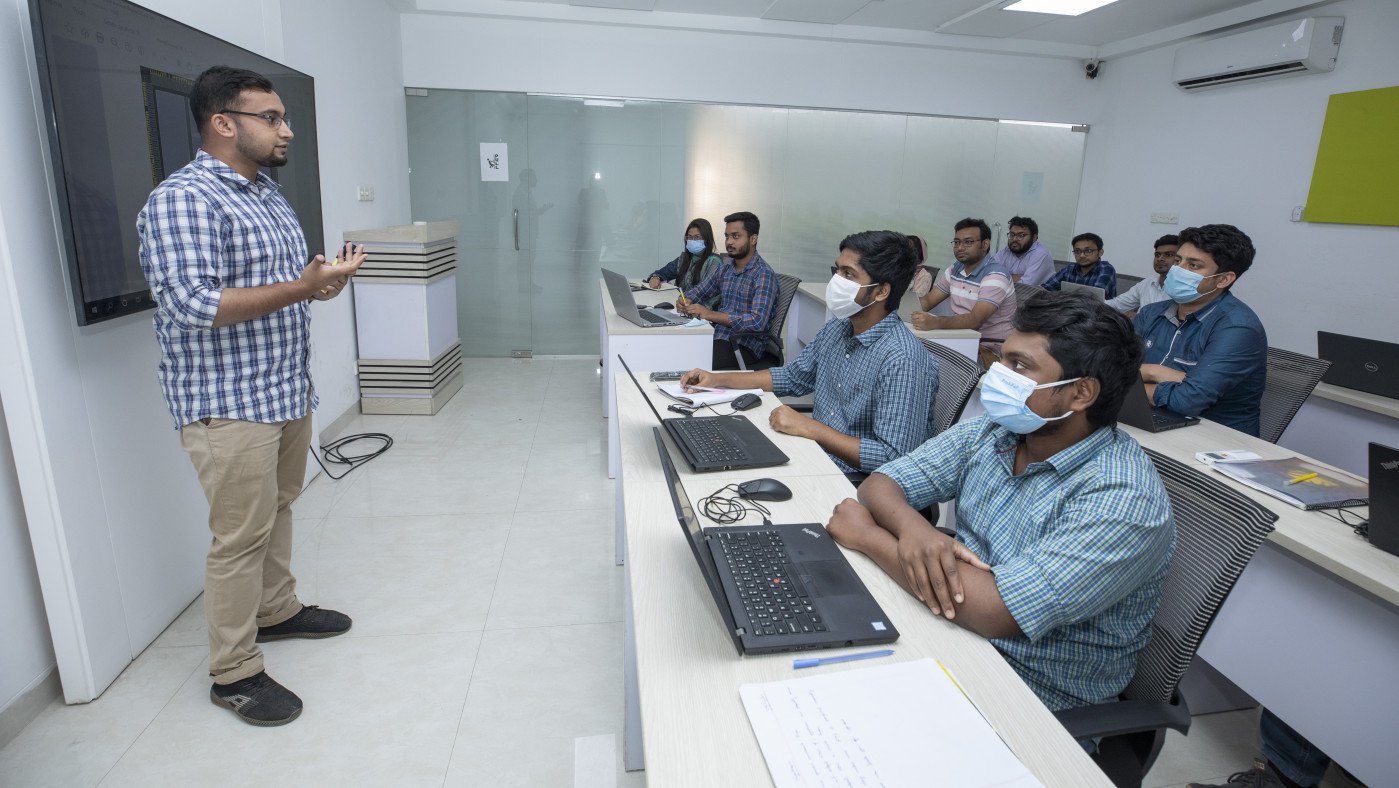 Engineers design such chips with the help of tools or software like Cadence, Synopsis, etc. These chips are mainly used in mobile phones, laptops, computers, washing machines, smartphones and even cars. Millions of products rely on computer chips.

Over the last few months, the media has been rife with stories about how different industries have been suffering from an acute shortage of computer chips largely as a result of the pandemic. The global semiconductor industry, estimated at $481 billion in 2018, is dominated by companies from the United States, Taiwan, South Korea, Japan and Netherlands. The pandemic-induced lockdowns and restrictions over the last year and a half drove down production in these countries, which has in turn triggered a supply shortage in vehicle, mobile phone and other electronic device industries.

The company is now providing services like analogue-mixed signal design, digital verification, physical design and design for testability and process automation. Company officials said it takes between one and two years, at least, to design a semiconductor, with the help of 100 to 150 design engineers.

Because of non-disclosure agreements, Neural could not name the companies for which they work. However, they said they are working for companies that are among the world’s top five chipmakers.

There are mainly three companies – the oldest Ulkasemi Limited, PrimeSilicon Limited and Neural Semiconductor Limited – who are leading the nascent VLSI design industry in the country.

Industry insiders estimate that Bangladesh is currently earning upto $5 million from the industry in a year while neighbouring India is earning around $60 billion annually.

“The main focus of DBL Group is to develop the sector”

DBL Group Managing director, MA Jabbar, said many students who graduate from Bangladesh go to developed countries like the US and work on designing VLSI chips. That is where DBL saw an opportunity.

However, Bangladesh needs to train its workforce properly to take advantage of it.

“There are many engineering universities in our country. But they make little to no contribution to the VLSI sector. The country’s industry is yet to flourish even though our engineers are doing the same job abroad,” said MA Jabbar. “Then I thought, why not try for ourselves?”

“I want some more entrepreneurs to come to the sector and help the industry grow. My main goal now is not profit,” Jabbar explained.

Shakhawat Hossain, the Chief Operating Officer of Neural Semiconductor Limited, is very optimistic about the industry’s future prospects in Bangladesh. The positive side of the industry is that the market is still untapped. He said that annually Bangladesh earns $40 billion from its main export item, RMG, while India earns $60 billion dollars from VLSI design only, annually.

“The main focus of DBL Group is to develop the sector. We want to develop a backward linkage and an ecosystem in the country. VLSI designing is very knowledge-intensive. We will have to develop an intelligent workforce for it,” Hossain explained.

“Around 50 lakh workers are involved in the RMG sector and earning $40 billion dollars. But if we can bring only one lakh engineers into the VLSI design sector, we will be able to earn around $40 billion,” Hossain added.

He pointed out that chip giants like Intel had set up offices in India in the 1980s and now India has gone way ahead of Bangladesh.

“Now is the time to develop our human resources. If we have enough engineers, chip giants will show interest in opening an office in our country to access cheap labour,” Hossain explained, adding that three of his former employees are now working with Intel Malaysia and Cadence in the US.

For every 20,000 engineering graduates, only 30 join VLSI industry

On average, 20,000 students come out of university studying Computer Engineering and Electrical and Electronic Engineering (EEE) subjects in the country. But, only around 30 people come to the VLSI industry.

“We are now doing webinars and talking with the top-level public and private universities in the country to get students interested in this field,” Hossain said. “We are also suggesting to universities they change their curriculum to integrate VLSI-related topics.” 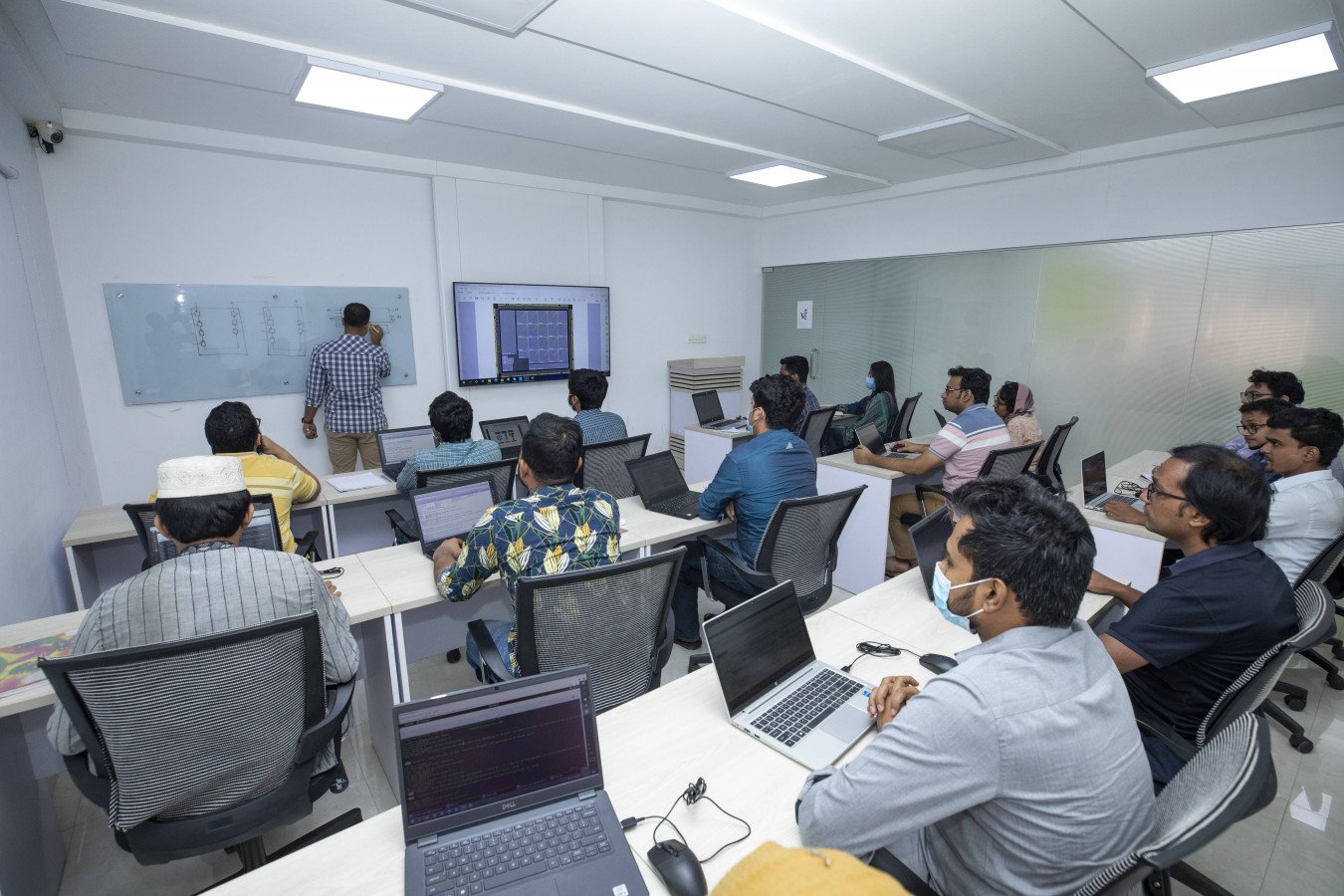 “If a large project comes to Bangladesh requiring 500 engineers, we will not be able to provide 500 engineers instantly,” Hossain further added.

“We want every university that has a Computer Engineering and Electrical and Electronic Engineering (EEE) department to have access to Cadence tools,” said Shakhawat. “Then we can get a trained workforce.”

But there is good news too: people showing more and more interest in the sector. At the beginning of Neural Semiconductor Limited in 2017, the company had published a circular for the workforce and got around 100 applications.

“Recently we have published another circular on our website and it has gotten over 1,200 applications so far,” Hossain added.