A tribute to Samson H Chowdhury

Samson H Chowdhury (1926-2012), who himself became an institution, was a legendary entrepreneur in Bangladesh. He was more of an entrepreneur than a capitalist, as he shared the slice of the cake with all others. With his innovation, leadership and perseverance, he built a business empire from scratch. He started his business with a small village pharmacy in Pabna in 1952 and then in a span of five decades built Square Group, one of the largest and most diversified conglomerates of the country. Square Group currently employs around 36,000 people and annually generates a turnover of more than $800 million on average.

SQUARE is now not just a name, it is also a synonym of quality – be it pharmaceuticals, hospitals, textiles, toiletries, consumer goods, herbal medicine, agro vet products, information technology, television channel, advertising agency and a few more. When asked why the name Square was chosen, Mr Samson Chowdhury had said, “We named it Square because it was started by four friends and also because it signifies accuracy and perfection meaning quality.” All that he achieved was due to his innovative ideas, tireless efforts, perseverance and dedication, of course with self-confidence.

The man behind SQUARE, Mr Samson Chowdhury always believed that there is no short-cut to success. He helped shape the country’s pharmaceuticals industry. Starting it in Pabna, he moved his venture to Dhaka. His journey did not stop there. He took his company on to the international stage and that was not done overnight. Now the name “SQUARE” inspires trust. Since his dynamic leadership, SQUARE has continued its progress globally. In a horizontal expansion he established Square Hospital besides Square Pharmaceutical Ltd. SQUARE family has donated and dedicated a floor in the Bangladesh Institute of Health Sciences Hospital in the city’s Mirpur in his name for the specialised treatment of the poor patients. Mr Samson Chowdhury had himself also made donations to many institutions.

To his followers, Mr Samson Chowdhury was a hero; to his contemporaries, he was an icon; to the young entrepreneurs, he was a mentor; and to the regulators, he was an amazing symbol of fairness. He had no enemies although his company became one of the biggest conglomerates in the country. He always was in the habit of keeping the opponents in good humour. In his approach to business, Mr Samson Chowdhury always kept people’s well-being at the forefront of his entrepreneurship and that made him different from other top businessmen in the country. Therefore, there has never been a single incident of labour unrest in any of his enterprises. Meanwhile, keeping up good corporate social responsibility practices has brightened the company’s image. Mr Samson Chowdhury had always cared for his employees too. And as during his time, all his employees now get a good lunch every day. They get regular salaries, bonuses and perks too. 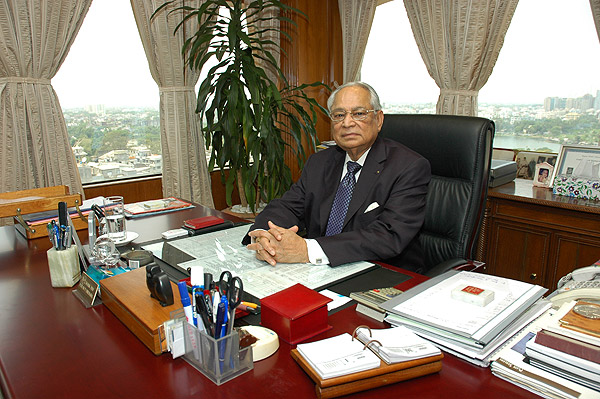 Mr Samson Chowdhury was earnestly devoted to reading to find ways of moving ahead. He would read more and more. He had a firm devotion to developing his work. Once in the mid-1990s his wife told him: “You have worked a lot and now you should stop.” He responded by saying: “Look, now I care for the country. I want to create jobs for people.” According to him, “If you stop, you will be run over.” That is why his innovative ideas would lead to new products or processes. He would then mobilise finance, men and materials to produce products and reach them to market, and it was more often than not for mass consumption. The whole gamut of actions would yield him a return, or profit as one may call it. He was not shy to enjoy the return. He did not profess himself to be an altruistic loser, and at the same time he did not like to submit himself to pernicious greed.

Mr Samson Chowdhury was not only a business icon, but also a champion in the corporate world. He never fell short of ethics and transparency. He set the standard of ethics and values. It was his integrity, honesty, dedication, hard work and obviously good behaviour that had made him different from others in the business world, branding him as a source of inspiration for the country’s businessmen and as an example for the next generation to follow.

He was honoured with “Business Executive of the Year” by American Chamber in Bangladesh in 1998, “Best Entrepreneur of the Country for the year 2000-2001” by the Daily Star and DHL Worldwide Express, “Special contribution in country’s industrial and commercial sectors for the year 2003” by “Mercantile Bank Award 2003,” and “Banker’s Forum Award-2005” for his uncompromising business ethics, honesty and transparency. He also received ICAB National Award “Best Published Accounts and Reports 2006 in Manufacturing Sector”, NBR (National Board of Revenue) Award as one of the highest tax-payers in 2007-2008, and NBR recognition as one of the top ten tax payers of the country since 2005.

Being also a philanthropist, Mr Samson Chowdhury, throughout his illustrious life, spent billions of taka for the poor. He went to Narsingdi and helped weavers with money and machines to rehabilitate them. It was a huge programme. He also took up a fishing project in Moheshkhali in Cox’s Bazar to rehabilitate fishermen. He spent $12 million for an agriculture project in Rajshahi. He was also chairman of Koinonia, a social welfare organisation that provides services in areas of education, health and microfinance. SQUARE also planned to donate computers to the students of class VII and VIII.

He always respected the laws of the country. Having a characteristic of straight forwardness, he was never afraid of speaking the truth even to the face of the president or others powerful. He was one of those very rare individuals who can touch many hearts. When I was chairman of NBR (National Board of Revenue), he came across as a fatherly, friendly and loving person.

I had the honour of meeting him many times in my official and personal capacity. Like a father, friend and philosopher he would advise me to be pro-business, pro-investor, pro-taxpayer to promote business and accelerate economic development. He would share his ideas with me on how the tariff regime could prop up a self-supporting economy, and help shift it from trading to industrial base.

Mr Samson Chowdhury was an embodiment of creativity and simplicity; an icon for doing the good practice of ethics and for maintaining the best quality in all business affairs; a pioneer in vertical integration and horizontal diversification in an industrial conglomerate; a keen learner; a good employer; a straightforward, friendly, honest and philanthropic person. The nation salutes him.