Labib Tazwar Rahman is a 22-year-old Bangladeshi tech entrepreneur, founder of InclusionX and one of the co-founders of Neubility, a Seoul-based company that develops autonomous food-delivery robots

Labib was only a 20-year-old undergraduate student at Stanford university when he, along with his friends, began meeting investors from prominent companies like Amazon, Hyundai etc. in different parts of the world, starting from South Korea, to Spain, and the US.

“When we used to organise debate competitions in school, we had to move from one potential sponsor to another, in search of funding, and convince them why it was in their interest to sponsor our event. It’s quite the same with Neubility, but on a much larger scale,” Labib said.

“Basically, Neubility develops robots for last-mile delivery. That is, our robots will collect your food orders from the restaurants and then deliver on their own to your doorsteps without requiring any human intervention,” Labib explained.

Labib wears many hats: he is the founder of InclusionX, a mental health and disability inclusion service in Bangladesh, the Co-President of the Stanford University Physics Society, and the author of the Stanford Disability Language Guide, which has been featured in The Smithsonian Institution and is currently used as an academic reference in many US universities.

Labib met Andrew Lee and Cheongho Cho (the two other founders of Neubility) back in 2015 when he was in class 10. They all participated in the Conrad Awards held at the Kennedy Space Centre in Nasa. They were all finalists and became friends during the competition. “We kept in touch long after the competition and we were always wondering about something we could do together. Eventually, we came up with Neubility,” Labib recalled. 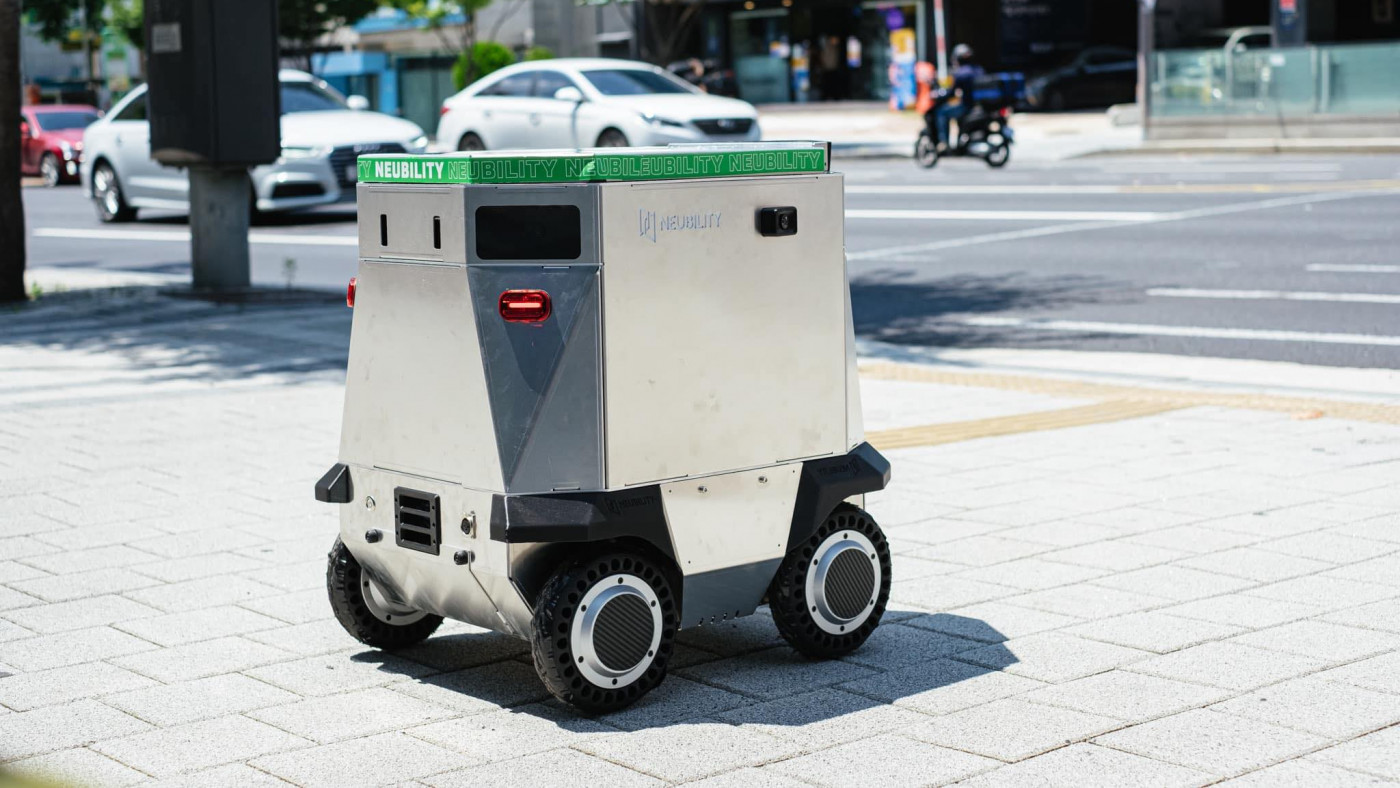 “Initially, we wanted to make gaming accessories and we worked on this idea for one or two years. But eventually, we pivoted towards making delivery robots since South Korean corporations were looking for an alternative to human delivery services,” he added.

Using robots for food delivery sounds quite futuristic. So, I wanted to know how this idea could be feasible.

Apparently, South Korean citizens are more accustomed to using e-commerce sites. Because of the extremely high demand and booming global e-commerce market, it is becoming increasingly difficult for Korean e-commerce companies to use human labour for delivery, and they are looking for more efficient alternatives, particularly in the form of automation.

In the words of Labib, “Currently, this idea is only feasible in meticulously planned cities like Seoul. Even many American cities are not as well-planned as South Korea’s capital. But we are planning for the long-term.” 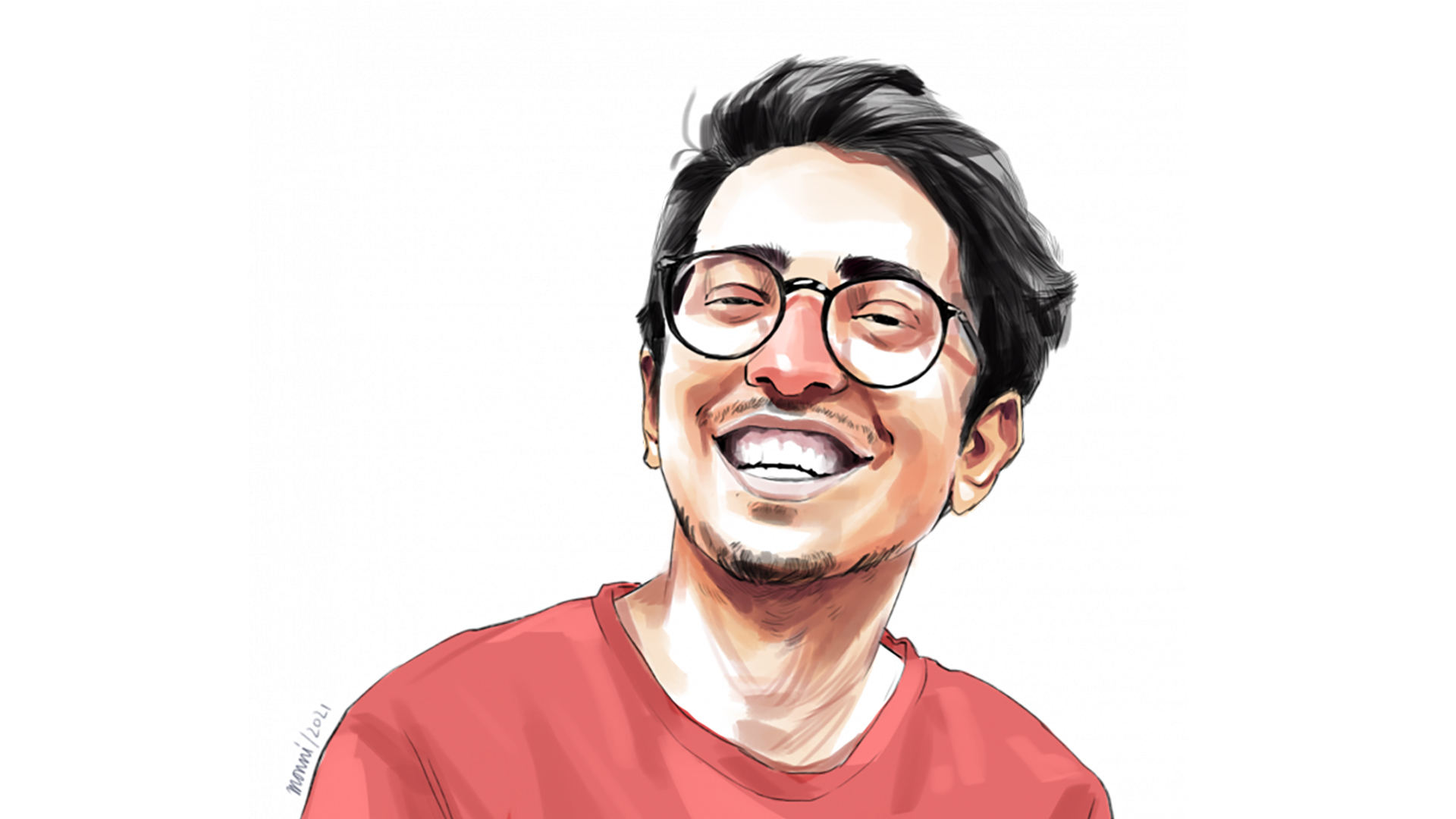 “These robots can carry any goods from one place to another at any stage of the supply chain. Currently, we are only manufacturing these robots for companies like Hyundai for their internal usage. Eventually, we will move on to producing food-delivery robots around Seoul and hopefully beyond,” he added.

Labib and his friends are now developing the software required to make sure that these robots can autonomously deliver food to people’s doorsteps.

This software would create designated paths for the robots around the city. Using these paths – much like Google Maps – the robots would deliver your orders to you.

These robots would be programmed to follow Traffic signals and tackle other complicated situations a human delivery man would have to go through every day.

The most difficult challenge for any start-up is sustainability and Labib agreed.

“Yes, it is very difficult. But we are given a set of milestones by our partners. As we reach each of the milestones, we can ask for more funding from them,” Labib said.

“While it is challenging to sustain a startup, it is also quite exciting. Reaching every milestone, overcoming every challenge motivates you even more to face the next challenge,” he added. Labib also took the opportunity to share the story behind InclusionX. “InclusionX is quite personal to me. My late brother had Cerebral Palsy and I used to go to his school where I made a lot of differently-abled friends. But as I grew up I realised that my friends were quite insensitive about disability and used to make fun of my brother,”, Labib said. 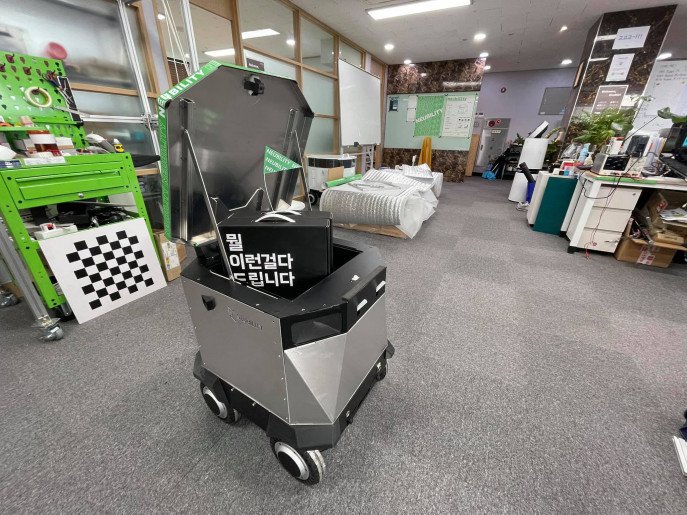 After his brother passed away, Labib decided to take his friends to some of the schools for differently-abled people so that they could better empathise with them.

“I prepared a google form and shared it on Facebook groups. Lots of people signed up on the form. Over the next two months, 250 people signed up and I took them to these specialised schools. The kids in those schools also liked our presence. They used to call us and ask when we would come again,” Labib recalled.

Through these visits, Labib realised that lots of youngsters like him were interested in interacting with persons with disabilities. But he wanted to do something for them in a more formal manner; something that would integrate children with disabilities into the mainstream discussion. So, Labib came up with the idea of InclusionX.

Initially, InclusionX launched a computer training programme for children with disabilities. Later on, they became partners in many events organised by different schools and colleges where these children would participate with other kids from the so-called prominent institutions in Dhaka.

Later, InclusionX expanded their area of work to include adolescent reproductive health as well as mental wealth.

They have also made several videos showcasing the talents of differently-abled children one of which has gotten over 2 million views.

They also organise events for these children on every special occasion like Eid, Pahela Baishakh etc.

Finally, I wanted to know how Labib managed to juggle so many ventures at the same time, especially as an undergraduate student at a very demanding university like Stanford. Labib agreed that it was extremely difficult.

“But the key is to manage time meticulously. The academic workload is extremely brutal. So, I have to allocate my time accordingly. Project management software does help sometimes. Yes, it’s a work in progress. Sometimes, I feel burnt out. However, it is just one of the sacrifices that must be made in order to bring about positive change in the world,” Labib concluded.